Greetings Citizens,
Thank you! The Arena Commander launch has been a great success, and we are excited to see so much of the community fully embracing the nature of a pre-alpha module. The entire team has been energized by your successful combat reports, which seem to be going more smoothly than we had imagined. As you know, Arena Commander is just your first taste of what is to come with Star Citizen… now get ready to see what else we have in store!

For now, we’re extremely happy that Citizens everywhere are getting into space. To share a little data about Arena Commander’s launch:. As of 1 PM PST (about twelve hours after launch), 33,813 people have successfully played an Arena Commander match! We’ve served 820 TB of data, which means that in half a day we put out more data than we did in August, September, October and November of last year combined! And that’s all WITHOUT crashing anything!

And special thanks to the dedicated Citizens who are filing Arena Commander bug reports on the forums. Getting your real world feedback is why we thought a modular release system was a good idea… and you are proving us right! Our QA teams in Manchester and Austin are examining your reports, reproducing bugs and working on solutions for future patches! Your reports on design issues like control responsiveness are also being considered; remember that a lot of what you’re seeing today will change in the future!

Our QA team has also set up a workarounds page for common issues we’ve been able to solve without a patch. You can find it here. One big request we’ve had is for additional HOTAS layouts. Future versions of Arena Commander will feature customizable controls and multiple presets, but for now we’re making available XML files you can add to the game for additional control schemes.

Here’s how you use them:

Click the correct link above for your HOTAS joystick

Right click the page and Save As – noting where you’ve saved the file e.g. C:\Hotas

We’re also thrilled to see the many Citizens who are sharing their Arena Commander experience via Twitch. Again, THANK YOU! You’re giving backers who haven’t had a chance to play an opportunity to see the game in action… and you’re helping show it off to the world, too! (Twitch streamers even helped us work last night’s ‘missing file’ bug that was keeping Citizens in their Hangars!) Here’s a short list of some of our favorite streams:

We know there are lots of other great Arena Commander streams; share your favorites in the comments below!

We’re in the process of putting together some ‘how to’ videos to get people flying in Arena Commander! Today we’re premiering guides that show you how to use the keyboard and mouse controls, both for flying and for fighting! You can check them out below.

And if you haven’t had a chance to look at Arena Commander’s manual, here’s a link. The manual is designed both to teach you about the game and as a call back to the days of games like Wing Commander, where players were given a cool “in-universe” booklet to further immerse them in the game world. Note that the manual is a living document, just like the game: we’ve already updated it once since launch!

On that note, we’re aware of a bug in the 300i’s cooling system that reports overheating when it shouldn’t. You can click here to find an official response from Origin Jumpworks detailing their plans for correcting the error!

Again, thank you for making Arena Commander V0.8’s rollout a success. We know there’s a lot of work left to do… but we’re emboldened by the fact that our most dedicated backers seem to ‘get’ where we’re going with this. The best is yet to come!

P.S. We also have a new version of the Arena Commander trailer you saw last night. There was a heated debate among the team as to which was the better version… now you can decide! It’s available below. 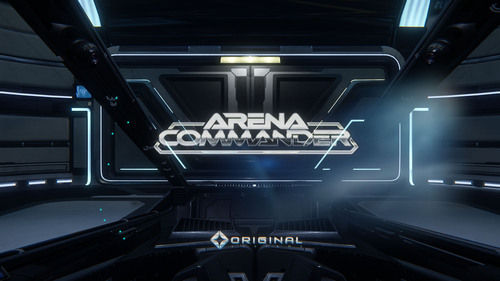