To celebrate this year’s premier aerospace event, and commemorate our anniversary, we’re launching a Free-Fly event. From November 24th through December 5th, you have the chance to try some of Star Citizen’s most iconic vehicles for free.

Here’s how it works:

During the promotion, anyone can join Star Citizen’s Persistent Universe. It’s free to experience the game first-hand, but to get out there and start exploring, you’ll need a ship.

Starting on November 24th, every day at 2pm UTC, a different ship manufacturer will make its fleet available for 24 hours. The Free-Fly will end with a celebration of the ships that made it to the final four of the recent Ship Showdown tournament. There may also be some surprises in store for those of you who make the trek out to ArcCorp’s Area18, so stay tuned.

Check out the schedule below to plan your test flights. Have fun and fly safe!


The 2949 Free-Fly Schedule
Nov 24 – Anvil Aerospace
Arrow: Featuring an ultra-aerodynamic frame and slight profile, it’s the most agile ship in its class.

Ballista: This self-propelled air defense system is capable of destruction on a massive scale.

Hornet F7C: Tough and dependable, the F7C is a textbook multi-purpose medium fighter.

Hornet F7C Wildfire: Special-edition of the F7C Hornet with custom livery and a loadout geared to Arena Commander.

Hornet F7C-R – Tracker: Sacrificing the turret for an advanced radar system, the Hornet Tracker seeks what is hidden.

Hurricane: A heavy fighter with an almost excessive loadout. Includes a turret that punches through shields and defenses.

Terrapin: Heavily armored ship with a sophisticated scanner. Ideal for recon and exploration.

Aurora ES: A descendant of the X-7, this is the ideal choice for new ship owners. Versatile and intuitive.

Aurora LN: For combat-focused citizens. The Aurora LN comes with bigger shields and larger weapons that pack a punch.

Aurora LX: The Aurora Deluxe adds luxury and comfort for long stretches in the deep black.

Aurora MR: A balance of function and performance, the Aurora MR comes with cargo capacity and guns to ensure freight gets there safely.

Constellation Andromeda: A multi-crew freighter with a modular design, the RSI Andromeda is one of the most iconic ships in the verse.

Constellation Phoenix: A chariot of the gods, this converted luxury freighter is ideal for VIP transport.

Ursa Rover: Rugged, durable, and tough, this is the rover you need to explore a multitude of planetary environments.

Nov 26 – Consolidated Outland/Kruger/Tumbril
Cyclone: Stir up a storm with this robust two-seater buggy that can carry a little something in the back.

Cyclone AA: Features EMP functionality and an anti-air missile launcher to deter threats from above.

Cyclone RN: Built to clear the fog of war, the recon variant of the Cyclone is mounted with a powerful scanner array.

Cyclone TR: Support infantry with this combat variant. Equipped with a mounted turret to provide cover fire for ground operations.

Mustang Alpha: Consolidated Outland’s premier ship for those wanting to push the limits a little further when starting out.

Mustang Beta: Home is where the heart is. The Beta offers comfortable living quarters for beginners roaming the frontier.

Mustang Delta: The Mustang Delta is armed with heavier weapons and rocket pods to give starters a little more firepower.

P-52 Merlin: Small, agile, and packing a sting. This snub fighter is fragile but difficult to hit.

Freelancer: A multi-crew cargo freighter with turret and ordnance to deter those after its haul.

Prospector: A miner’s best friend, with a powerful laser and saddlebags to turn minerals to profit.

Razor: Cutting ahead of the competition, this sleek racer gives anyone a run for pole position.

Razor EX: Stealth-edition of the Razor outfitted with signature-reducing materials and low-draw components.

Reliant Kore: A fusion of Xi’an and Human technology, this light freighter lets you haul cargo with a friend.

Reliant Mako: Go where the news is and capture every moment with turret-mounted optics.

Starfarer: Keep fleets on the move with this heavy refueler.

Nov 28 – Alien Manufacturers
Blade: This alien fighter slices through the air with high agility to shred foes to ribbons.

Defender: The first line of defense against enemy attack.

Nox: Sleek and fast, this gravity bike glides across rough terrain. Perfect for scouting and racing.

Nox Kue: Sleek and fast (and silver), this gravity bike glides across rough terrain. Perfect for scouting and racing.

Avenger Titan: A former police ship with a cargo hold for light freight and couriering.

Avenger Titan Renegade: Special-edition of the Avenger Titan with custom livery and a loadout geared to Arena Commander.

Avenger Warlock: A variant of the Avenger armed with an EMP generator to disable enemies.

Gladius: An aging but agile light fighter with mid-range armament.

Gladius Valiant: Special-edition of the Gladius with custom livery and a loadout geared to Arena Commander.

Sabre: Favoring agility over durability, this ship is light, sleek, and deadly.

Sabre Comet: Special-edition of the Sabre with custom livery and a loadout geared to Arena Commander.

Vanguard Harbinger: A powerful bomber that can operate out of the roughest forward operating bases.

Cutlass Black: Back in black. Drake’s pirate-favorite is a highly versatile ship with combat and cargo prowess.

Herald: No secret is safe. Drake’s Herald captures and stores information before leaving at blistering speed.

Dec 1 – Origin Jumpworks
890 Jump: A vessel in a class all of its own. A masterpiece worthy of the Origin name.

300i: Travel in style with this high-performance solo tourer.

315p: Traverse the ‘verse with this high-performance light explorer.

325a: Origin’s sleek signature fighter, the 325a makes a great companion for finding your mark in style and sophistication.

350r: Origin’s signature racer, the 350r leaves the competition in the dust.

600i Explorer: This long-range tourer forgoes the lounge for a high-tech suit of exploration essentials.

85X: A luxury and sporty short-range runabout for pilot and passenger.

Drake Cutlass Black: Back in black. Drake’s pirate-favorite is a highly versatile ship with combat and cargo prowess. 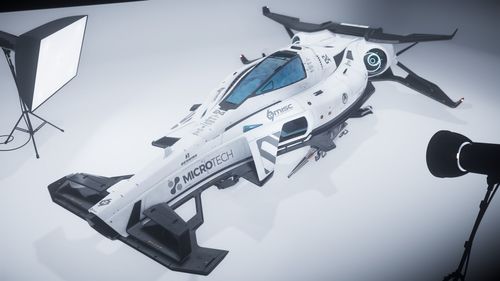 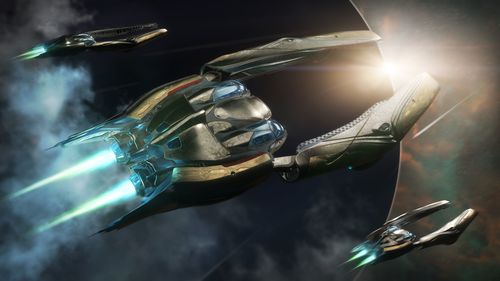 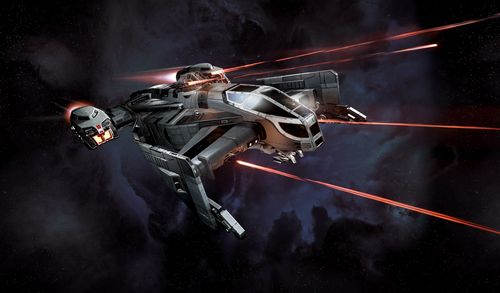 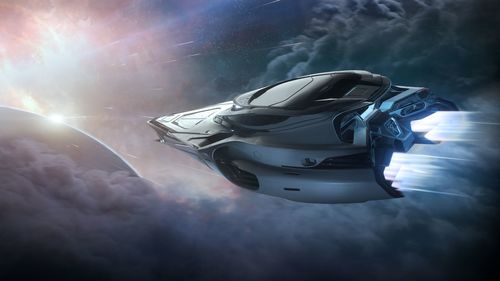 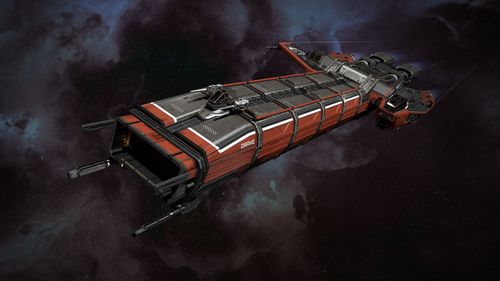