I thought it would be fun to share a few photos from my trip down to see Oculus. As you know I’m a big believer in VR and a supporter of the Rift, having personally backed it when it first was rolled out. So it was a lot of fun to visit Palmer Luckey (founder) and Brendan Iribe (CEO, ex Scaleform co-founder & CEO) and the rest of the Oculus team down in Irvine, CA (which is just under an hour drive from my place in Los Angeles)

I checked out both the Doom 3 BFG and a test level using a new engine in the Oculus, which was seriously cool, even on the prototype hardware. The proper final build is meant to have even higher resolution, which will amp the immersion. As cool as Doom 3 was, it’s not going to compare to Star Citizen / Squadron 42 – as we’re pretty much the perfect kind of game for the Oculus. Sitting in chair looking around, is exactly what you do in a cockpit, so the Rift is just going to feel natural. And as Star Citizen already works in stereoscopic 3D right now there is almost no extra work needed to support the Rift. And who doesn’t want to be sitting in their cockpit, whipping their head around to track their target, pulling back on the joystick to drop in behind their next target? 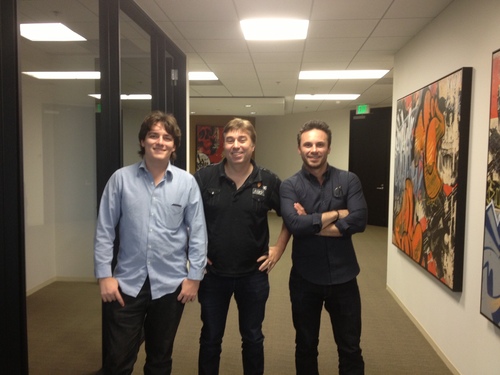 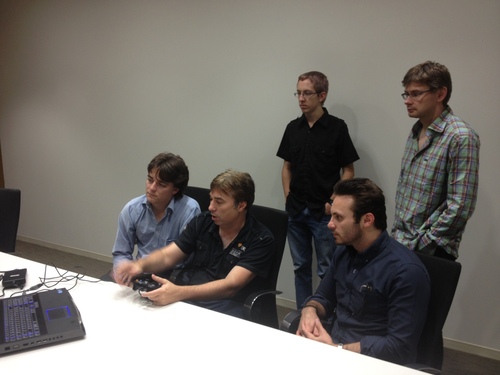 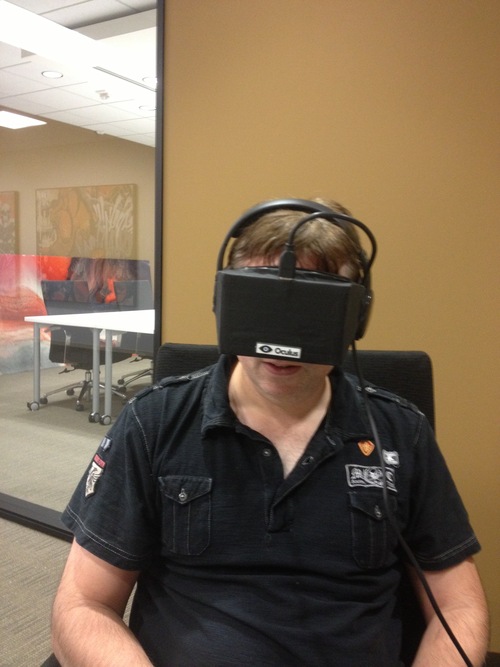 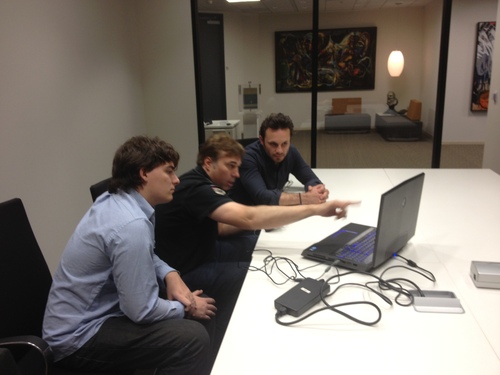