Each month we host an open submission live Q&A on Spectrum joined by developers from various specialties across CIG. These questions and answers were collected from the Spectrum AMA on February 10, 2021.


This time, we welcomed four guests from the Vehicle Experience Team, wo recently finished their combat summit:

This AMA is complete but keep an eye out for upcoming threads for your chance to ask us anything!


Is there any intention to reduce the speed ceiling or force combat into SCM speeds?
Richard Towler:

We don’t plan to actively force players into a certain speed range, but we do want the speeds at which players engage in combat to be much lower but how we achieve this organically is still under evaluation as it requires lots of moving parts to come together to achieve.

The current experience we see when it comes to combat is triangles, names and lots of icons…everywhere on screen. Has there been any discussion on streamlining the information the pilot gets for targets, friendlies, POI, during combat to clear the clutter?
Jonathan Young:

There are definitely plans to be able to filter different kinds of radar contacts at different times (e.g., choosing to only see friendlies, turrets, mineables, etc.), although this falls into another teams hands rather than VET.

Will G-force mechanics make a return? As of now they are non existent.
Yogi Klatt:

Why is ship tuning and balancing not a higher priority task within CIG?
Yogi Klatt:

It is a high-priority task, but we are dealing with a lot of ships and items. There are a lot of moving parts and interacting elements with the ships, e.g., thrusters, power consumptions, heat build-up, etc. So changing one thing might “feel” good but could have a lot of unforeseen consequences.

It’s incredibly complex, and going through everything just takes time. But we’ll get there step by step.

Any info on the landing camera yet and if it can show the terrain underneath it while landing?
Jonathan Young:

We’ve definitely talked about the need for landing cameras, and while it’s not on our short-term schedule, this week’s ISC on docking shows off something quite similar for some ships…

There is no simple answer to that; it depends on the chosen ships and what they are meant to do. A second crew seat should not automatically mean “twice the combat performance” but we obviously want a crew seat to matter and make a difference. That part of the game is obviously not fully developed yet but we’re slowly steering towards it. The first steps happened with the turrets (which are not under pilot control), and more steps will be taken in the future.

So crew seats will be a force multiplier … though not necessarily by a factor of 2.

The Arrow and Talon have better rate of acceleration and higher vertical thrust, which allows them to be more efficient in dogfights . Are you going to update the other light and medium fighters in this direction or decrease the abilities of these two fighters?
Richard Towler:

These are two of the highest performing ships; where we move these ships going forward depends up on the results of multiple changes we have planned to how combat will work and the speeds they happen. As far as overall balance goes though, we do plan to move specific fighters like these closer together in terms of performance.

Capacitor gameplay will be used to drive “short term” consequences of using your ship systems while heat will be moved to longer-term. So (without speaking out guarantees about balance numbers) the idea is that in a 1-minute dogfight heat won’t matter that much. If you keep fighting for 10 minutes or longer though, heat will become an issue that needs to be managed.

Ship combat, many backers feel, is in a weird place right now, with the apex predators of the verse being the Talon and Vanguard. Do you feel that future systems (Armor, Physicalized damage etc…) will allow ship combat to organically shift into the non-meta style you’re looking for, or is there more that has to be done with the ships themselves to achieve that?
Richard Towler:

That is our goal, these systems should push the combat more organically into an area we’re more happy with, but it isn’t just armor and damage, it’s the performance of the ships, the weapon balance, and how multi-crew gameplay changes the dynamics.

Are there plans any time soon to increase specialization/focus of ships and their intended roles?
Yogi Klatt:

Yes, a lot of our work this year will entail to change the tunings and abilities of the ships to fit their intended roles and purposes. The rough plans were already laid out during the combat summit but doing the actual work will take some time to complete.

Any plans for futur to rollback on Gimbal Assist or it is settled for good ?
Yogi Klatt:

The amount of gimbal assist and all other aiming helpers we’re using is heavily dependent of the combat speeds, network performance, pip stability, and other factors. As these factors change, we will re-evaluate if we need to increase or decrease the effects.

Light and door panels for all ships?
Richard Towler:

Yes, that’s planned and all new ships are having this built in during production and we’ll retroactively add to existing ones as we go back and do other fixes.

Any ideas on how to combat pip wiggle?
Yogi Klatt:

Yes, we are aware of those problems, and it is actually caused by several issues coming together. We tried out a couple of things already but working with prediction is not the easiest topic in game development. So atm we’re not yet confident that we found a good solution yet, but it is a high-priority issue due to its impact on the game.

Space combat is mostly face to face shooting, which better resembles a shooter game than a dogfighting game. Has the team given serious consideration to the aspects of the ship flight models that generate this result, i.e. the ratio of linear acceleration to rotation rate?
Yogi Klatt:

We are invested heavily in achieving a good combat geometry, so the way how ships can move around each other. We’re approaching that from both a mathematical and an experiential point of view. Ultimately we do not want the FM to feel on rails, or like you’re controlling a camera, but we still want to give you a proper 6-DOF experience. Developing the capacitor systems is actually based on that demand. They allow us to add more variation into dogfighting to create a meaningful and fun experience.

With Missile Operator Mode coming up (Which we should from now on refer to as MOM) What is the overall feel that you want larger from torpedo’s, S9 and above? Do you want it to be a more strategic weapon fired from afar after planning or the more tactical, dogfighty type that smaller missiles lean towards?
Richard Towler:

Our goal with Missile Operator Mode is that firing missiles or torpedoes becomes a much bigger event, it’s a specific choice you’re making at that time to engage. It brings together a lot of the dynamics we’ve been working, so from a long distance, you open up yourself to a lot more risk from all the defense systems, the missile can be deflected with countermeasures, intercepted by other ships, or even destroyed by turrets, but we also want the risky gameplay of fighting to get your ship closer to your target to increase your chances of having a successful hit, and if you’re good enough to hit your target without a lock, you feel the achievement of doing so.

Yes, we’re planning a complete overhaul of the ground vehicles that will bring more realistic physics and behavior.

Can you tell us anything about New Features that you have been working on that are planned for later this year? Like what you are most excited about?
Richard Towler:

I’m most excited about the capacitor gameplay, how players will manage the energy available and how it changes the combat dynamics, but also how the balance will change because of it as thrusters, shields and weapons will all have to adapt and be rebalanced to deliver the short and long term dynamics will want.

Whats the difference between capacitators and the power triangle we currently have? Will capacitators be a different system or an evolution of the existing one?
Jonathan Young:

Capacitors will be a separate system, and so we’re reviewing how existing features (such as the power triangle) could possibly change to give us the gameplay we want while not stepping on the toes of other systems, as each feature has to fit nicely into the overall ship experience.

Hello folks. After the PvP of the Xenothreat event, will you consider evaluating comparative fighter stats to identify underperforming / over performing ships, with a view to tuning balance?
Richard Towler:

We’re constantly evaluating the ships, and events like Xenothreat are a great way for us to further understand the balance we have in the game, but it’s not just about the balance for Xenothreat it’s the PU overall.

What’s the story with component sub targeting and disabling ships? Right now you can sub target engines (and some turrets) but it’s not a particularly deep mechanic.
Richard Towler:

We do plan to add more deep mechanics to sub targeting that allow you to target specific components that go beyond just the engines and turrets.

Why are these afterburner overheating ceilings so drastically different between fighters? Most being way too short.
Yogi Klatt:

That is based on the dynamics between the amount of thrusters and much cooling and power they require (which in turn informs the heat build-up). For the capacitor gameplay, pretty much all items and ships will have to be taken under scrutiny. A large part of our design work resolves around predicting dynamic effects and finding potential balancing problems before they end up in the game. We’re really trying to improve in that regard, but there is quite some complexity to manage.

Is it planned to give the spaceships a more realistic behavior in atmosphere in the near future?
Richard Towler:

Yes, our goal is to make the light fighters at least behave more and more like modern jet fighters, as we move the movement from maneuvering thrusters to control surfaces, allowing our ships to perform more extreme behaviors in atmosphere than is currently possible with thrusters alone.

Will the Nova Tonk control like a just another ground vehicle or will it have independent track movement like a real tank?
Richard Towler:

It will have independent track movement and behave like a real tank would.

What is your favorite thing you have done since you joined the Vehicle Experience Team?
Joe Edgeley:

Tell us about Bombs and Mines and what you guys have been working on for them (or are planning)?
Richard Towler:

I wouldn’t want to drop any details right now…


The answers accurately reflect development’s intentions at the time of writing, but the company and development team reserve the right to adapt, improve, or change feature and ship designs in response to feedback, playtesting, design revisions, or other considerations to improve balance or the quality of the game overall. 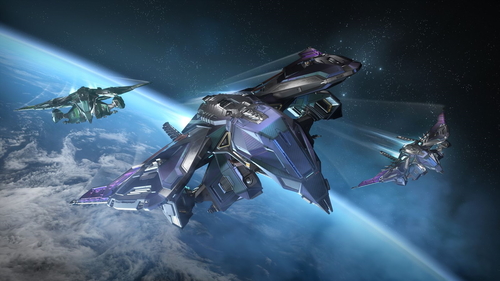 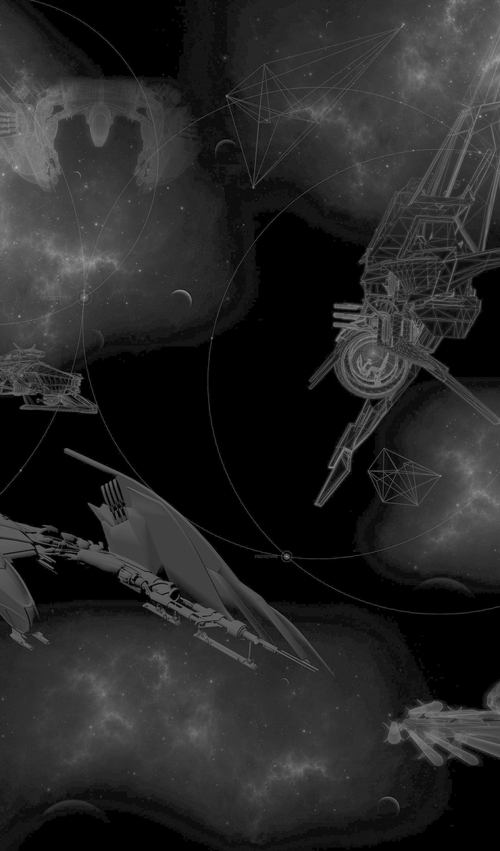