Welcome of OP.NET, the show for the independently minded security professional. As always, I just want to say that this show is not affiliated with the official Merc Guild in any way. We’re here to help those blazing their own course through the ‘verse. I’m Conva Maynard and guess who’s back with me today? That’s right, my trusted partner, Skiv.

Good to have you back, big guy. Skiv just returned from Yulin and has plenty of thoughts about must-stop spots. Best of all, he spent some time with the Ndafwa Security Souli, so whether you’re looking to work in Banu space, or just visit, you won’t want to miss his insights.

But first, let’s visit Stanton, where a recent violent incursion by an outlaw pack calling themselves XenoThreat forced the government to mobilize the Civilian Defense Force. The people of Stanton responded and helped send the would-be invaders back to Pyro. Joining us to discuss the successful operation is the Advocacy’s Special-Agent-in-Charge Rowena Dulli, who coordinated the CDF response.

SAIC ROWENA DULLI: Thanks.
Know we disagreed a bit during your last appearance over certain CDF policies.

SAIC ROWENA DULLI: All good. Wasn’t the first time I’ve been in a fight.
That was quite the situation you faced in Stanton. You mind breaking down what happened? Figured our audience would appreciate the firsthand account.

SAIC ROWENA DULLI: Outlaw forces who self-identified as ‘XenoThreat’ illegally accessed public displays to broadcast a threat against the UEE and the system. Shortly thereafter, a Stanton convoy was ambushed while en route to Terra. XenoThreat perpetrators destroyed all the cargo and publicly executed the crew as “collaborators of corporate greed.” In response, the Navy dispatched the UEES War Hammer to work with local law enforcement and deal with the threat. Unfortunately, it seems XenoThreat had been planning on this and had additional forces on standby in Pyro. When the naval flagship went to restock at a local station, a significant portion of the resupply vessels were intercepted and destroyed. With no other available units in the sector, the Navy requested CDF assistance in retrieving the scattered cargo and delivering it to Jericho station.
This supply delay allowed XenoThreat the time they needed to deploy several capital-class warships into the system. Since the CDF was already active, it was agreed to use the volunteers as naval reinforcements in combat operations to engage and repel the hostiles.
It’s crazy how bold these criminals are getting. Got to say, I had my doubts about the CDF, but it was pretty impressive how you managed to send those outlaws packing.

SAIC ROWENA DULLI: Honestly, I couldn’t be prouder of how the CDF responded. Thanks to each and every one of you who answered the call. Whether you battled the Idris or helped collect and ferry supplies to the Javelin, your effort was greatly appreciated. Stanton is safe now because of you.
You’re from Stanton, right?

SAIC ROWENA DULLI: Born and raised in Orison.
So this victory must’ve meant a lot.

SAIC ROWENA DULLI: They all do, but this one particularly so because I requested this assignment to the CDF. I told my superior flat out that I was the best person for this job and she believed me. To no one’s surprise, coordinating with local forces gets a lot easier when you’ve personally known a lot of them for years.
Would imagine so. Now, after we booked you on the show, I put out a call to anyone who participated in the CDF action in Stanton to send me their experiences and any questions they may have. You mind if we go through a few of these?

SAIC ROWENA DULLI: Not at all.
Great. Well, first of all, there was a lot of hate for XenoThreat and everything they stand for. Most folks were happy that they got asked to help kick those bastards outta the system.

SAIC ROWENA DULLI: I’ve found that civic pride is a huge motivator for CDF participants. It gives people a way to stand up for what they believe is right and help protect their home.
Folks also loved the hefty payouts for helping. Lots of positive comments about that too.

SAIC ROWENA DULLI: It’s only fair. People need to be compensated for their time, use of personal resources, and taking on such risk.
Not everyone had a good experience though. One responder claimed an inadvertent friendly fire incident resulted in them receiving a CrimeStat that landed them in a rehabilitation facility.

SAIC ROWENA DULLI: That’s truly unfortunate and something we plan to rectify in the future. If you feel comfortable sharing that individual’s information, I’d like to personally reach out and apologize for the misunderstanding.
I’ll see what they say and let you know.

SAIC ROWENA DULLI: It wasn’t prevalent, but it’s still an issue that needs to be addressed. What I want to make abundantly clear is that things will improve going forward. I’ve already submitted a thorough after-action report that laid out several steps to address certain issues. The operation wasn’t perfect, but at the end of the day, CDF volunteers went toe-to-toe with a highly organized invasion force and never flinched. Like I said, I couldn’t be prouder of their effort.
From these comms, it sure sounded like a hell of a dangerous situation in a lot of ways.

SAIC ROWENA DULLI: Absolutely. This was a direct assault on the sovereignty and safety of the empire.
How familiar was the Advocacy with XenoThreat prior to their assault on Stanton?

SAIC ROWENA DULLI: We had scattered intel about the group. Even though they primarily operate in Pyro, both the Advocacy and the Navy had picked up chatter that they were mobilizing for something.
But not enough to keep them out of Stanton?

SAIC ROWENA DULLI: Pyro isn’t a UEE system, so there’s only so much we can do. Plus, a direct attack was a dramatic escalation of their operations.
Let me throw you another question from someone who was there, do you believe the CDF is sustainable?

SAIC ROWENA DULLI: Not sure I understand the question.
This person wrote a few very dense paragraphs about their thoughts and experiences, so let me just summarize. Sure, it worked this time, but what happens if the next operation doesn’t go as well and leads to massive casualties among CDF members?

You said it yourself, this was a highly organized, military-style operation meant to terrorize the people of Stanton and disrupt the system’s flow of trade. There’s no doubt XenoThreat and other outlaw groups took note of the CDF’s tactics and will be adjusting accordingly. Since the CDF is only a loose coalition of “willing” participants, what happens if that “willingness” evaporates. Who’s left to come to a system’s defense then?

SAIC ROWENA DULLI: The Advocacy, UEE armed forces, and local law enforcement agencies will always remain a system’s first line of defense.
But none of those forces were around to stop what happened in Stanton? Isn’t that why the CDF was deployed?

SAIC ROWENA DULLI: That’s an oversimplification. Advocacy and Navy assets were present, but needed further support. The CDF proved to be the best option because they could be deployed the fastest.
And if, say, no one showed up from the CDF, how long before additional Advocacy or Navy forces could have helped?

SAIC ROWENA DULLI: It depends on several factors that I can’t comment on, but it’s no secret that UEE forces are stretched thin at the moment. The CDF was created partly because of this and partly because residents wanted to play a greater role in keeping their system safe. That’s why there has been a dramatic increase in homegrown militias protecting their own system. And, honestly, I don’t believe the CDF will ever lack for volunteers. The desire to protect your home and make it safe for you and your loved ones is as old as Humanity. So I’m confident that there will still be people willing to step up the next time the need arises.
Next time?

SAIC ROWENA DULLI: All I’m saying is that XenoThreat is still out there, and from what my sources are saying, they may still have additional resources available to them. They’ve also proven that they are fervent believers in a cause, so I think it would be foolish to think that one loss will be enough of a deterrent to a group like this.
Anything else you’d like to share?

SAIC ROWENA DULLI: Just that I’m working hard to address the issues we’ve discussed so future CDF operations will run even more smoothly.
Better to be prepared than be sorry.

SAIC ROWENA DULLI: Couldn’t agree more.
We need to take a quick break. We’ll be back with more questions for SAIC Rowena Dulli in just a moment, and later on in the show, Skiv will fill us in on his adventure into the Banu Protectorate. Don’t go anywhere, there’s more OP.NET coming your way. 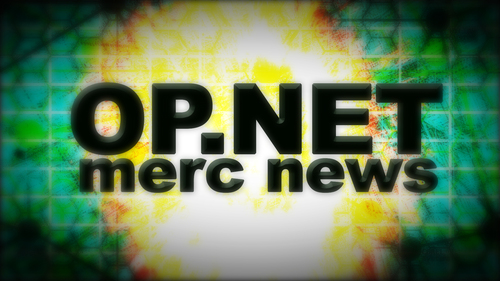