This may be the question that separates the Wing Commanders from the Freelancers! In the early 1990s, it was common—thanks largely to Wing Commander’s massive success—for a new PC to include not only a keyboard and mouse but a simple flight stick. Ten years later, with the genre less popular and PC manufacturers eager to cut costs, the idea was so unthinkable that Freelancer needed to be designed in such a way that it would only support gameplay using a mouse.

So, which do you like best? Joysticks still exist today, although they are frequently the province of hardcore flight sim players who spend hundreds of dollars on elaborate HOTAS (Hands On a Stick and Throttle) setups which include multiple devices. So… how do you want to play a new game? Would you rather it stick with the mouse and keyboard still necessary to every computer today or are you willing to pay a little extra (or, in the case of a HOTAS setup more than a little extra) for the sensation that you’re really controlling a spacecraft.

Let us know in the polls and post your thoughts below or to the forums! 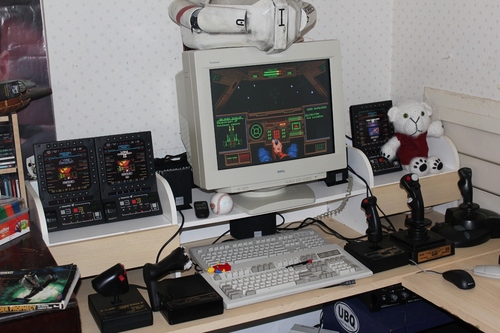