Space was becoming a busy place. Ships of all kinds, federal, commercial, and private, were exploring the edges of our solar system.

In August of 2262, the Goodman, a Type-IV cargo vessel (crew of eight), was making a routine supply run to an Orbital Platform by Neptune. Approximately three hours from its final destination, a piece of debris knocked out the starboard engine array, sending the ship wildly off-course.

The Goodman drifted for several hours before managing to repair the ship to a crawl. What happened next has been investigated and examined by the greatest minds on the planet. The following is the last transmission of the Goodman, speaking with an operator at the nearest CommStation.

Investigations of their last known position yielded no wreckage, nothing. The Goodman simply vanished.

Over the next few months, two more ships disappeared in the same area in similar manners. More inquiries were launched but they couldn’t determine what happened.

Ultimately, the area was declared a no-fly zone. 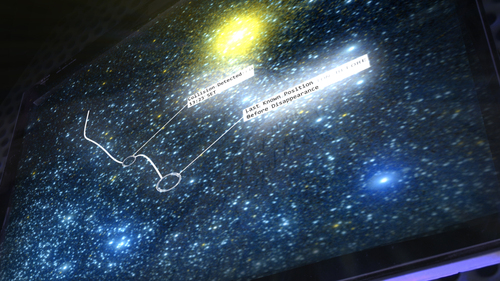