We’ve seen a lot of feedback from users who would like to see more robust plege options. We’re planning on rolling out the long-awaited pledge upgrade system shortly and at the same time would like to add some of the much-requested options. Please vote in today’s poll to let us know what you’d like to see added!

Multiple copies of the game – families, groups of friends and others seem interested in having pledges that don’t include so many physical rewards but to include several copies of Star Citizen to share among themselves.

More than one ship – a lot of people seem interested in collecting all the ships today! You can do this by pledging multiple tiers on the RSI site, but would there be interest in a “must have it all” digital bundle that includes all five ships?

More all-digital options – we hear you loud and clear on this! We’ve rolled out a digital-only $30 level on Kickstarter and will have it available at RSI soon. But is there an interest in perhaps a $60 digital deluxe or a higher priced digital collectors edition?

More smaller “addons” like the electroskin – we threw in the “double pledge” electroskin when we started Kickstarter as a cheap way to reward users who perhaps had a Kickstarter account but had already backed us through the main site. There was some worry that it might seem like we were taking advantage of your generosity… but the users have spoken and they love the skin! Would you like to see more small addon options in this same class?

Additional high-end items for the upper pledges – we’re hearing that the higher end pledges ($5,000, $10,000) don’t have enough special items included. Would you like to see these improved an if so, how? These would retroactively apply to anyone who had already pledged these tiers!

Naming rights for star systems, ships, etc. – this is something a lot of crowdfunding campaigns do with their higher tiers an which we have shied away from. Do you want to spend money to name planets and bases in Star Citizen?

Shirts! – the reason we created the “Citizen Card” reward was because we thought users might be tired of the standard ‘backer’ shirts that come with nearly every Kickstarter. But from the comments it sounds like shirts are a beloved tradition and we may have missed the mark switching the for the cards. What do you think?

If you can think of something else you’d like to see, let us know in the comments! 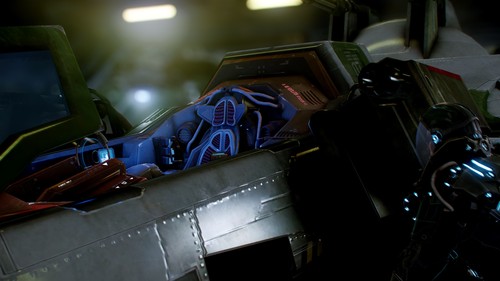