It’s finally here, the first preview of a Star Citizen pledge ship. We’re very proud to present a ten-page brochure outlining the capabilities—and showing off the first images—of Roberts Space Industries’ Constellation spacecraft. We think you’ll be very pleased with the ship that many of you have chosen to make your own…

The Constellation Mk3
We designed the Constellation to fill a role not found in traditional space sims: a small multi-person ship similar to the Millennium Falcon or the Firefly. For the first time you’ll be sharing the front seat with a living co-pilot while another friend covers your tail in the turret. It’s going to set Star Citizen apart from the competition and it’s going to give you a gameplay experience you won’t find anywhere else.

(Download the PDF)
Please note that the model isn’t fully finished or textured. We’re releasing it now because we just couldn’t wait to show her off. Expect more details to be added to the exterior and interior and especially the fighter. This brochure will be updated with final models and paint overs in the coming weeks. We’ll be producing material with this level of detail on ALL our ships and will be releasing them to backers and subscribers during the course of development. Next up is the MISC Freelancer, then the RSI Aurora and the Origin 300i. The Freelancer and the civilian variant of the Hornet are being worked on as we speak. This will take time: the goal is to get it right, not to do it fast. We believe in designing not only the look but also the ergonomics and the functionality, and that takes time… but it will pay off in the finished model and the finished game. We hope this goes to show the level of immersion in the world of Star Citizen we are committed to delivering to you. We’re not happy with just a sketch, or even a render of a 3D model. We want it to feel like you’re looking at a real brochure from RSI, or another one of the spaceship manufacturers in the Star Citizen universe. From the day you’ve backed, we want your experience on the RSI site to be as much “in fiction” as possible, so even though it will be a while before you can fly in the universe you feel like you are part of it just by spending time on this site.

You can start your Star Citizen career in a Constellation by pledging at the $250 level or higher, or by adding a $225 ship upgrade.

An Interview with Ryan Church

Ryan Church, the incredibly talented (and famous) artist responsible for the Constellation, was kind enough to answer some questions about his process: How does the process in designing ships work between you and Chris Roberts?

The process of designing ships for Chris starts with his description of all of the subjective and objective requirements- left brain stuff like how big, how maneuverable, crew requirements, mission. Then there is the right brain stuff- it always has to look cool and functional and fit in with his universe but it also needs to feel a certain way: tough, slick, dependable. It’s much like designing a car or any other product, there are the engineering requirements and then there’s the feeling you want to convey- look at a Ferrari and a Lambourghini. Both are high performance Italian sports cars but they have very different looks, different surface form languages. So I will start pretty rough and send a bunch of variations to Chris and he will (quickly!) weed them down and distill out what he wants. Once the shape and configuration are locked in I put on my engineer’s hat and work backwards from the functional requirements to the form. I model in Maya and Modo during the whole process until the end when I’m able to render something out and do an illustration from there.
How does the Constellation reflect your design philosophy with Star Citizen?

The design brief for the Constellation was that it has a crew of three, is heavily armed and has an ‘iconic’ shape. That’s tough to do! But I think we’ve succeeded- it has a very aggressive shape in attack/landing mode and can configure itself to a more benign looking cruise mode. At every stage while building it and figuring out the functionality I’m thinking about the Constellation class ship as a potential user: what would I want to fly? What would I want to be seen in? These questions resulted in not only the look of the ship but the layout of the interior and a lot of the functionality like the way the weapons can retract and change the silhouette of the ship. I’m a huge fan of aviation and aviation history and all of that knowledge affects my aesthetic and functionality decisions- looking back on the design process for real aviation projects is incredibly enlightning, you get to really see the tradeoffs that were made and how the designers either pushed up against what was technologically possible or in some cases repackaged old or mundane technology in a new way to come out with something innovative and successful. I try to think that way when working on these Star Citizen designs: space is scary, it’s unforgiving and it would be super scary to have nothing but an inch or two of metal or carbon or glass between you and an absolute zero vacuum. I want people to have that feeling when they’re cruising in one of these designs and feel the warm fuzzies that come from being protected inside a dependable ship they’ve been through many battles with.
What was the start goal for the Constellation, and how do you think you’ve achieved that with its current design?

The goal for the Constellation was really to be a bad ass, iconic ship- something with a very good combination of utility, speed, and firepower and that looked great- aggressive and sleek at the same time. And above all, functional.
How does designing space ships for Star Citizen differ than designing them for the film work you’ve done?

Designing ships for Star Citizen is really the most fun I’ve had designing in a long time. Film designs are almost always limited by being servants to the story being told- they must ‘read’ very quickly and be very visually strong. That’s all great but then what inevitably happens is the functionality and reality get compromised. These are issues we don’t have in Star Citizen. I’m treating it exactly as if I’m designing a real, functioning piece of equipment because in many ways that’s exactly what I’m doing- I can’t sacrifice visibility or weapon field of fire or interior packaging in the way I’ve had to do with countless movie designs. I find these limitations very cool to work under and really served as a mandate to buckle down and figure stuff out instead of what would happen on an average movie build which would be something like ‘ah, we never see it from that angle so we don’t have to worry about it’ or ‘it doesn’t really matter that the interior doesn’t match up with the exterior any more, we’ll never see it.’ With these Star Citizen designs all of that really matters as well as a hundred other things like cockpit ergonomics and airlock functionality, it’s part of an effort to make the designs as realistic as possible within the technology level inside the game and, in the end, be fun and cool to use. This is a lot of fun for my internal ‘frustrated engineer’.
What has been the biggest challenge?

The biggest challenge with my Star Citizen work has been finding the loose, first read, iconic shape and silhouette. Coming up with something that makes Chris say ‘that’s it!!’ That really makes or breaks the design- the detail kind of accrues organically and the requirements help decide the placement and configuration of weapons, engines, cockpits, etc. but that ‘squint your eyes’ shape is always the first- and hardest- part of the assignment.
What has been the most rewarding?

The most rewarding part of this job is seeing the equipment rendered out and inside the game engine. It’s really close to the feeling of walking on to a set you’ve designed- only in Star Citizen the plan is to be able to live with, customize and live and die in these things, it’s like being the star of a movie or actually living in Chris’ Star Citizen universe. 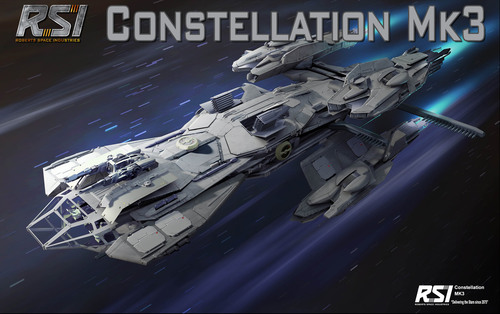 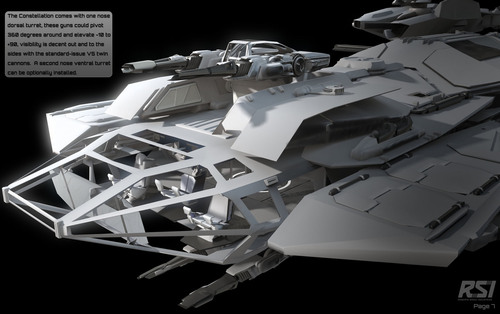 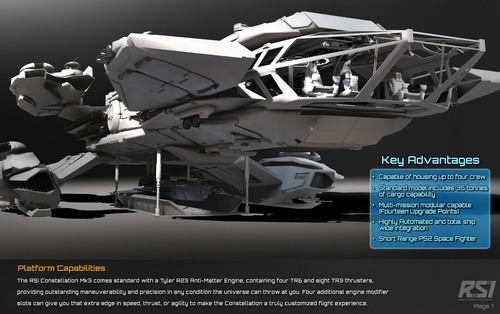 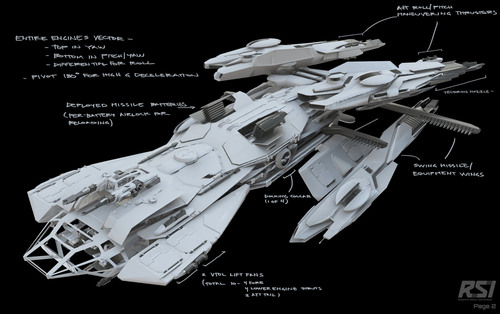 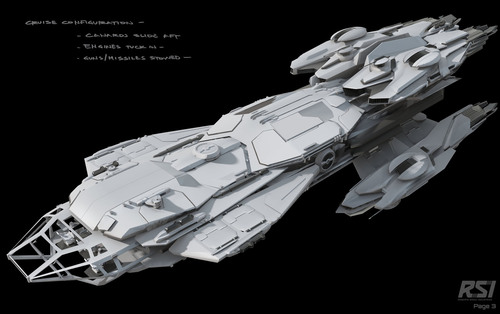 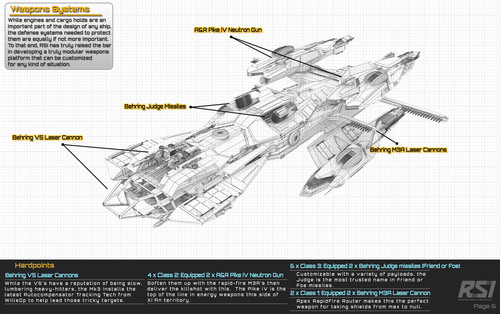 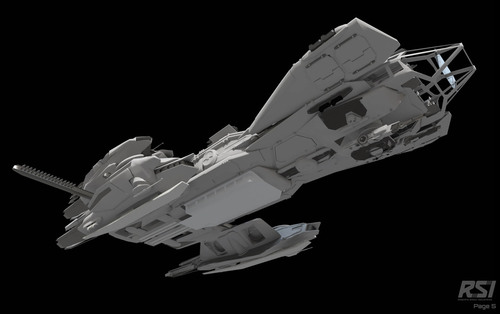 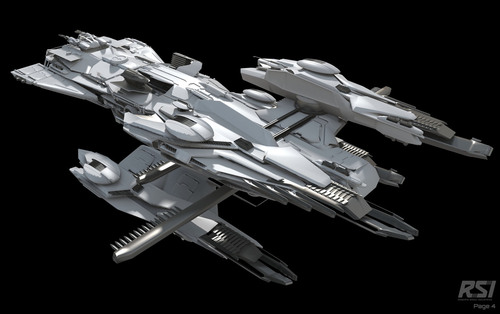 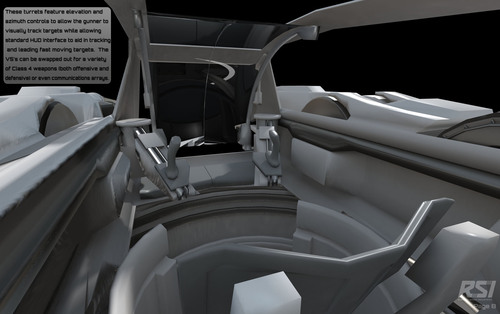 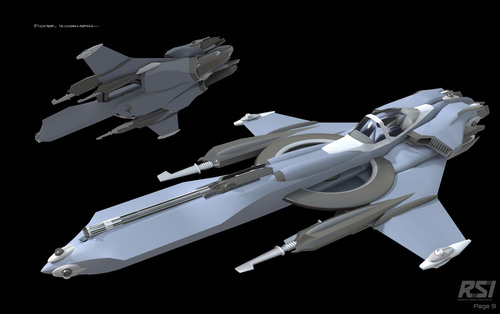 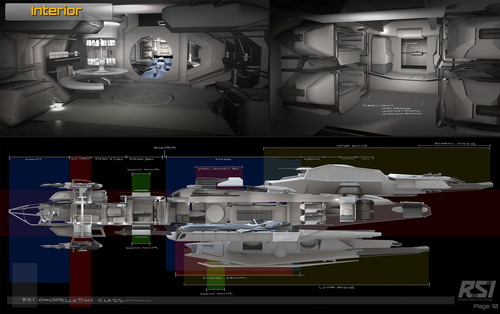 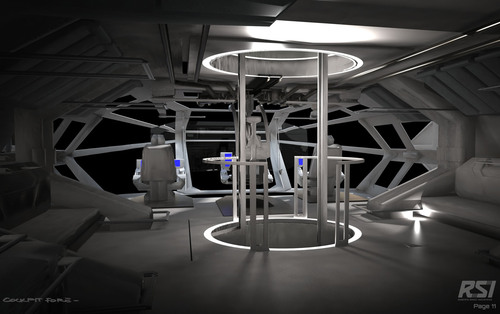 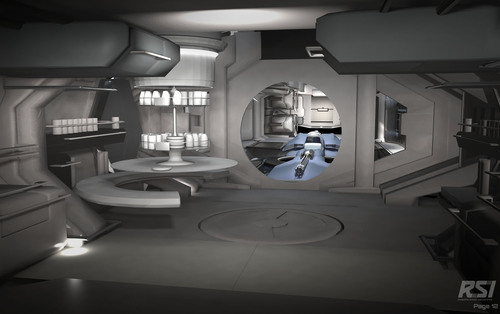 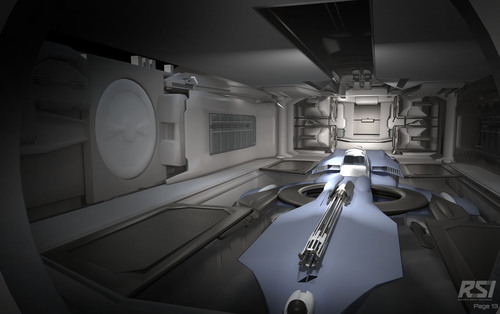 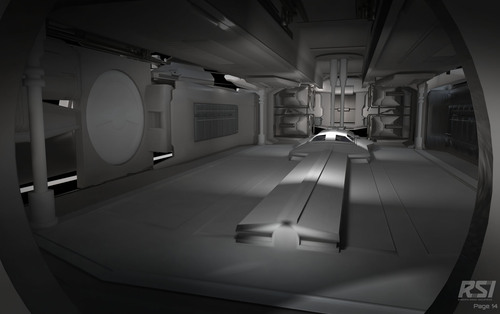 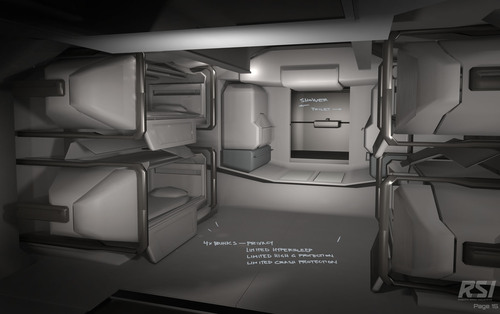 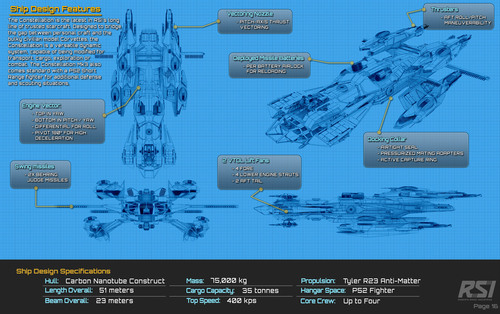 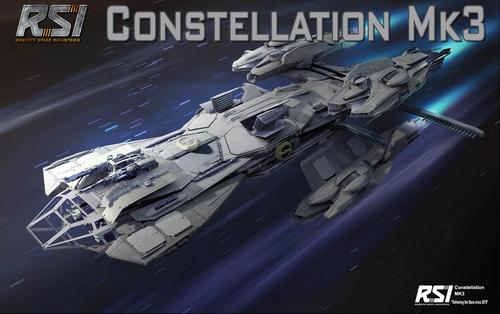 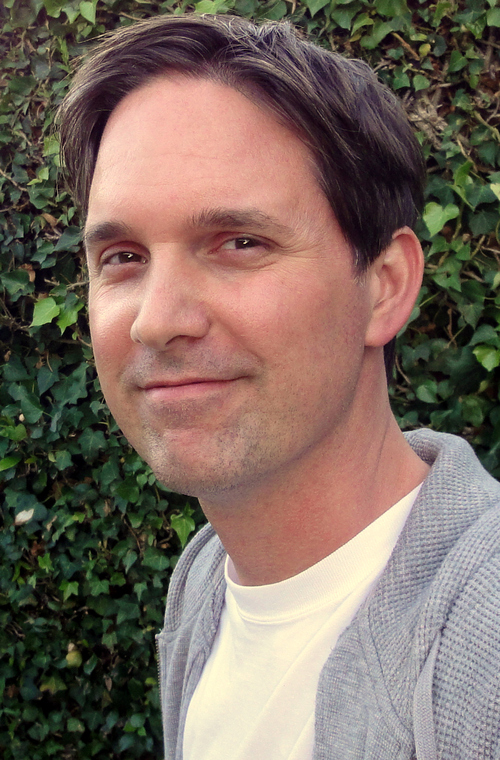