Start Transmission
Folks, welcome to Clean Shot. I’m Craig Burton, and I’m here to help you deliver on your next haul.

Today, we’re talking about the surprising developments in Ellis relating to a recent TroubleZone. Local officials believe they’ve determined the source of the mysterious signal that has been troubling ships in the area. Authorities are requesting the public keep their distance until it’s been investigated and cleared. If you’re in-system or planning to pass through, be sure to stick around for those specifics.

But first, Skinny somehow wrangled us a great guest today. Laylani Addison is here to discuss her surprising and successful independent campaign to become our next Imperator. Welcome to Clean Shot, Candidate Addison.

LAYLANI ADDISON: Thanks for having me, Craig.
My pleasure. I’ll be honest, I’m not usually the first person that people think of when it comes to politics, but the more I’ve learned about you and your campaign, the more I’ve wanted to get you on the show. Let’s start by going back to October of last year, because that’s when you released your Primary Enrollment vid.

LAYLANI ADDISON: Feels like a decade ago. It’s been quite the year.
Have to admit it was the first I ever heard of you.

LAYLANI ADDISON: You’re not alone. Unless you’re from Mentor or deeply involved in empire-wide education initiatives, then I’ve probably been off your radar.
You ever run for office in Rhetor?

LAYLANI ADDISON: Never had the honor. All my political experience comes from my time running a foundation focused on increasing access to education. Most recently, I was the Dean of Applied Science at Mentor University, before stepping aside in 2947 to focus on the campaign.
So a true political outsider.

LAYLANI ADDISON: Proudly so.
Well, we’re just a few weeks away from October 10 and the start of the final vote. How are you feeling about your chances?

LAYLANI ADDISON: Optimistic. Today, we changed the venue for our upcoming event in Prime due to overwhelming demand. We’re still working out details, but it’s a good problem to have.
Particularly when most polls show you behind in the race.

LAYLANI ADDISON: I’m not too concerned about those, right now. Forecasting Empire-wide elections is notoriously tricky.
That’s a charitable way of putting it.

LAYLANI ADDISON: I see polls as a snapshot of the past. As long as our numbers are trending in the right direction, I’m not losing any sleep.
So what is keeping you up at night then?

LAYLANI ADDISON: The campaign. Running for Imperator is incredibly demanding. There’s so much you want to do and only so many hours in the day. I cherish any chance I have to get some sleep. In fact, I’ve trained myself to fall asleep in like five minutes. Anywhere, anytime.
Can anyone learn that?

LAYLANI ADDISON: Not sure. But if I’m being honest, teaching myself how to do that might be the best thing to come out of this campaign.
[ Laughter ]

LAYLANI ADDISON: I’m kidding, of course. But I want to swing back to your original question because it’s a good one. There is something always kinda lurking in the back of my mind. Not while I sleep, but during the day, when trying to relax or just unplug for a few moments.
Really? Do you mind sharing?

LAYLANI ADDISON: Not at all. I find I get really hung up on wondering whether I’m doing everything I can to reach voters. I’m an independent candidate. I don’t have a major political party on my side to help spread my ideas. While that allows me to make sure the message that’s getting out is 100% mine, having that ingrained infrastructure and established relationships is something I don’t have. So I’m always left wondering if there’s something else I could be doing. Some other avenue I haven’t thought of.
Was wondering about that. Can’t be easy going up against candidates backed by a vast organization and a bunch of loyal voters.

LAYLANI ADDISON: Campaigning for Imperator is hard, no matter what. But, there are definitely additional issues when you’re a true independent candidate.
Care to get specific?

LAYLANI ADDISON: My opponents can outspend me significantly. I can’t afford to flood spectrum with ads at the rate other candidates can, so I had to find other ways to engage voters directly. The solution was to take a tour through every system in the Empire. Take time in each system to talk to the local press, engage with local leaders, and meet as many voters in person as possible.
How’s that working out?

LAYLANI ADDISON: It has really personalized the campaign for me, allowed me to connect with voters in a way a spectrum ad can’t. Part of my success is because those people are now telling their friends and neighbors about the campaign and what I want to accomplish.
And you’re really going to every system?

LAYLANI ADDISON: That’s the plan.
Have you visited all of them before?

LAYLANI ADDISON: No, not until the campaign. Assume you have, right?
Many times over. What was the last one crossed off the list?

LAYLANI ADDISON: Osiris. It’s a Fair Chance Act system with only a few research stations, so we packed an Endeavor full of science students and took them along for the ride. We saw an actual Phare’s Ape. It was incredible. Lot of the students had never been off their homeworld, so to see the wonder in their eyes about the vastness of everything, well, it was really special. Highlight of the campaign so far for me, personally. How about you?
What?

LAYLANI ADDISON: What system was your last?
A true hauler never tells. [ beat ] It was Gurzil. You been there yet?

LAYLANI ADDISON: Visited it early in the campaign. I’m from Oya, so it was one of the first stops.
What systems are left on your run?

LAYLANI ADDISON: Which is another reason I’m optimistic about our chances. We intentionally scheduled those systems for later in the campaign so we had momentum coming in. Seems to be working, based on the growing size of our rallies.
Now, part of the reason your campaign gained so much attention early on was because you promised to loosen restrictions on AI research.

LAYLANI ADDISON: I mean, it’s only a small part of my Innovation Initiative, but yes, that has definitely captured the voters’ attention.
Sure as hell got mine too, along with a lot of other haulers You mind enlightening the audience to the specifics?

LAYLANI ADDISON: Essentially, restrictions would only be lifted for research institutions that receive a special waiver. Getting one will be an extensive process that includes clearly stated objectives shared with the public. You’ll be as informed as I am about exactly what’s being done.
Good intentions go wrong all the time.

LAYLANI ADDISON: There will also be extensive oversight throughout their entire process, and an understanding from all involved that any advancements would be made free to all.
Seriously?

LAYLANI ADDISON: It’s a publicly funded project focused on the greater good not the bottom line. Even if we keep the focus narrow, I believe we can make significant and socially beneficial advances that will ignite a new era of innovation.
In my experience, the word ‘innovation’ often means reduced reliance on Humans. Lots of haulers, myself included, heard your stance on AI research and immediately grew concerned. The show was flooded with comms from folks worried about their future. Even got a few from youngsters wondering whether it was still worth investing in a ship to kick start their careers if some AI pilot is only gonna replace ‘em in the next decade or two. What would you say to haulers worried about their financial future?

LAYLANI ADDISON: You don’t have to worry. Approved research would start off with a far narrower scope. Comprehensive navigation or full-scale ship automation wouldn’t even be on the table to begin with. And I firmly believe the goal of technology should always be to help Humanity, not replace it. AI included. I’m infatuated with ships myself, ever since I was a kid on Oya watching Human and Xi’an ships coming and going from the spaceport. I don’t want to see the flight stick taken out of my hands any more than you do.
That’s admirable and all, but you can’t gloss over the risks of this. Things could go wrong just as easily as they could go right.

LAYLANI ADDISON: You’re not alone in your concern. But let me remind you that my Innovation Initiative isn’t about AI. It’s about all the new and improved technologies these small AI advances will lead to. Those are the inventions that will carry us into the future, not a singular breakthrough in artificial intelligence.
Let’s say the worst happens. An upgrade for an AI vacuum ends up also working for weapon sighting or ship navigation or whatever. How are you gonna stop folks from using it everywhere? Especially when you’ve made it available to everyone?

LAYLANI ADDISON: I hear your point. That prospect is deeply troubling and why certain lines of research will be strictly forbidden. There will be extensive public hearings and debates to determine the specific parameters of the program before we ever even dream of authorizing a waiver. This won’t be a change that happens overnight. It’s an institutional adjustment, but one that I firmly believe will benefit the UEE for generations to come.
I could debate this with you all day, but we need to take a quick break. When we return, Candidate Addison will talk about the other pillar of her campaign, education. Stick around to see how she wants to change the way children learn. That, and my discussion with Skinny about the trouble in Ellis, when Clean Shot returns. 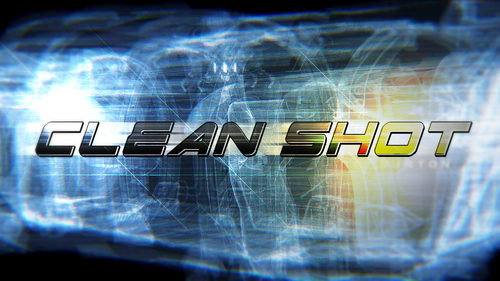