Invictus Launch Week 2952
Manufacturer Schedule
Dating back to the First Tevarin War (2541-2546), Invictus Launch Week marks the beginning of the new recruiting year of the United Empire of Earth Navy (UEEN) and is publicly celebrated throughout the Empire.

Throughout the event, you can try Star Citizen FOR FREE, along with test drive the ships on display at the show. Different manufacturers take over the Orison's Vision Center every two days, so keep checking back to see everything the event offers.

Visitors also have the opportunity to tour an in-service Aegis Javelin destroyer and marvel at the entire Invictus fleet in flight, including the colossal RSI Bengal! Head over to invictus2952.com and our FAQ for more information about the event.

Check out the schedule below to plan your test flights. Have fun and fly safe!

Anvil Arrow: Featuring an ultra-aerodynamic frame and slight profile, it’s the most agile ship in its class.

Anvil Ballista: This self-propelled air defense system is capable of destruction on a massive scale.

Anvil F7C Hornet Wildfire: Special-edition of the F7C Hornet with custom livery and a loadout geared to Arena Commander.

Anvil Hurricane: A heavy fighter with an almost excessive loadout. Includes a turret that punches through shields and defenses.

Aegis Avenger Warlock: A variant of the Avenger armed with an EMP generator to disable enemy vehicles.

Aegis Redeemer: Equipped with strong shielding and a plethora of weapon systems, this gunship can engage a wide range of enemies.

Aegis Sabre: Favoring agility over durability, the Sabre is light, sleek, and deadly.

Aegis Sabre Comet: Special-edition of the Sabre with custom livery and a loadout geared to Arena Commander.

Aegis Vanguard Harbinger: A powerful bomber that can operate out of the roughest forward-operating bases.

RSI Constellation Andromeda: A multi-crew freighter with a modular design, the RSI Andromeda is one of the most iconic ships in the ‘verse.

RSI Constellation Aquila: Explore the stars and distant horizons thanks to an uprated sensor suite and redesigned cockpit that offer maximum visibility.

RSI Constellation Phoenix: A chariot of the gods, this converted luxury freighter is ideal for VIP transport.

RSI Constellation Taurus: Configured for cargo space above all, the Taurus is a great way to get started with multi-crewed ships.

RSI Scorpius: The next evolution in heavy combat, interception, and defense comes with an adaptable bi-wing configuration and revolutionary rail-mounted remote turret.

Origin 125a: With a souped-up weapons package and trademark Origin refinement, the 125a is the ideal entry into luxury spaceflight.

Origin 325a: Origin’s sleek signature fighter, the 325a makes a great companion for finding your mark in style and sophistication.

CNOU Mustang Delta: The Mustang Delta is armed with heavier weapons and rocket pods to give new pilots a little more firepower.

Crusader Mercury: The Mercury checks all the boxes expected of a dependable courier vessel, and then some.

Crusader A2 Hercules: This heavy bomber carries a devastating payload of air-to-ground explosives to level any enemy compound.

Crusader M2 Hercules: As the UEE's premier tactical Starlifter, the M2’s potent combination of capacity, maneuverability, and durability makes it the obvious choice in large-scale transport.

Tumbril Nova Tank: This heavy tank offers a devastating combination of weaponry to eliminate threats on the ground and in the air.

Tumbril Cyclone MT: Building on the agile off-road platform of the base variant, the MT adds two surface-to-air missile launchers and a ballistic cannon to keep airborne assailants at bay.

Tumbril Cyclone AA: Features EMP functionality and an anti-air missile launcher to deter threats from above.

Tumbril Cyclone RN: Built to clear the fog of war, the recon variant of the Cyclone features a powerful scanner array.

MISC Starfarer Gemini: This military refueling platform sacrifices some capacity for armor and a missile launcher.

May 28 - May 29Drake Defensecon DRAKE INTERPLANETARY

Drake Buccaneer: A light fighter that sacrifices durability (and its ejection seat!) for raw firepower.

Drake Cutlass Black: Back in black, Drake’s pirate-favorite is a highly versatile ship with combat and cargo prowess.

May 30 - May 31INVICTUS WRAP UPAs Invictus Launch Week comes to a close, all vehicles from the previous days are available to use for free on May 30 and May 31. 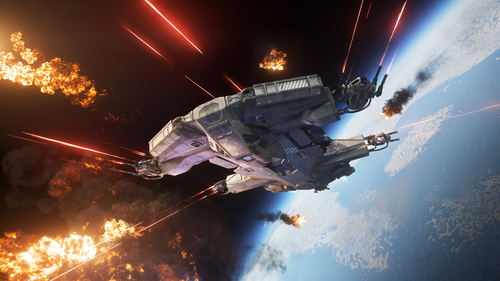 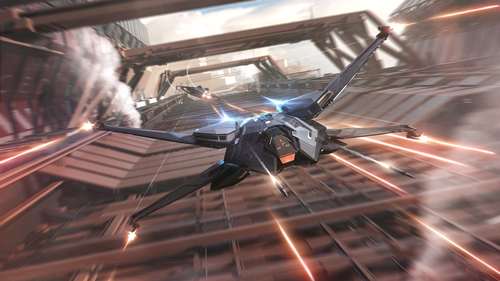 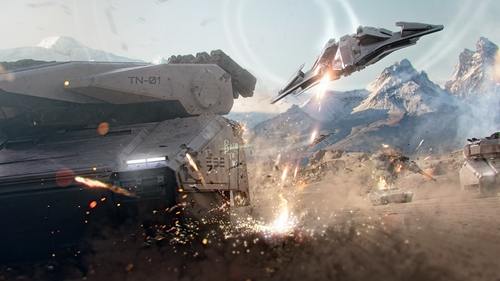 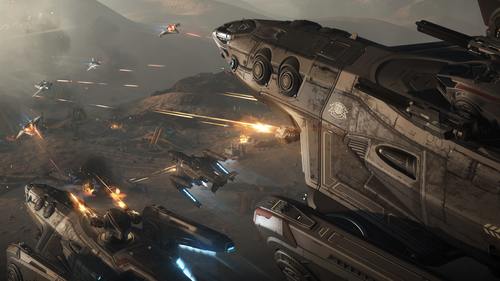