EP:66:12: “A Better Today”
Welcome to Showdown, the debate show focused on the Empire’s most pressing issues. I’m your moderator in the middle, Eria Quint. Coming up later on the show, we’ll get into the recent violent clashes between private citizens on Yela and Crusader Security and ask whether the corporate police force has gone too far, or if it’s finally stepping up to address a problem that’s been ignored for far too long.

But first, it’s been a year since Laylani Addison became Imperator of the United Empire of Earth and not all her supporters are happy with the progress made so far. In spite of her campaign promise to ensure increased funding for artificial intelligence research, she hasn’t taken concrete action until now. Her recently proposed legislation, the Better Today Act, will weaken many of the restrictions in place against AI research and open the door for it to receive government funding. Some are celebrating the new law, but others aren’t so sure it’s a good – or safe – idea.

I’m here with Yuna Glidewell, engineer and artificial intelligence advocate, and Mahir Lemond, author of the book 2044: The Lemming Incident.

How do you feel about Addison’s proposal? I’ll start with you, Yuna.

YUNA GLIDEWELL: I mean, needless to say, I’m beyond excited. It’s been so long since Addison took office that my colleagues and I were beginning to lose hope. We thought she’d forgotten that she won the election thanks to her promise of a brighter tomorrow.
A “brighter tomorrow?” Can you elaborate on that?

YUNA GLIDEWELL: For too long, Humanity has hampered its own progress thanks to our irrational fear of artificial intelligence. It’s been centuries since we’ve been allowed to make any meaningful headway in AI research, and, not coincidentally in my opinion, we’re at least a century behind the Xi’an in tech.
Has the Xi’an Empire developed true artificial intelligence? If so, that’s news to me.

YUNA GLIDEWELL: [laughs] Well, not that we know of. But that’s why it’s so important that we get to it first. If we create something even the Xi’an don’t have yet, we can make major headway in closing the tech gap.
What about you, Mahir? Does the Better Today Act excite or worry you?

MAHIR LEMOND: It deeply worries me. We decided a long time ago that AI wasn’t worth the risk, and for very good, extensively documented, and above all deadly reasons. This goes far beyond the 2044 Tokyo Lemming Car disaster, which resulted in 12,456 deaths and countless injuries. Every time we’ve made AIs, we’ve come off worse for it. The Mars Tragedy in 2125, the explosion of Cerita Tower in 2298, the Horus Incident in 2696: all caused by well-intentioned but ultimately dangerous experiments with AI.

YUNA GLIDEWELL: These were all terrible tragedies; I won’t argue with that. But early tech always has issues that are worked out in subsequent generations.
MAHIR LEMOND: The loss of Human life is a bit more serious than an “issue,” Ms. Glidewell.

YUNA GLIDEWELL: And like I said, they were tragedies. Ones we can avoid if we stop being afraid of progress. Today, we’re capable of building safeguards that our ancestors wouldn’t have been able to imagine. Believe me, no one thinks more about the potential consequences of a poorly made and managed artificial intelligence than the people who research it.
MAHIR LEMOND: I like to think Humanity is progressing just fine. Look at the impact regen tech has had. How is that not progress?

YUNA GLIDEWELL: Of course I don’t mean that we’re going absolutely nowhere. But while there are bursts of progress, the overall trend is that we are slowing down. You have to admit that it’s strange that we fly the same models of spacecraft for hundreds of years, when in the early days of spaceflight new models of ships were being released at a breakneck pace. I mean, come on, my son flies a ship that was built in 2874.
MAHIR LEMOND: Yes, I grant you that in some areas it feels like there’s a lull. But that’s how progress works. If you look at Human history, there have been periods of rapid change, periods of business as usual, and periods of decline. Some technologies can’t be fully utilized until long after they’re discovered. Look at steam power: it was created by ancient Humans in the 1st century but couldn’t be fully realized until the 1700s due to a lack of resources. For that matter, look at water ships, the design of which hasn’t needed to be meaningfully updated since before Humans even landed on Luna. Why fix something that isn’t broken?

YUNA GLIDEWELL: Why content yourself with what you have when you can get something that works better? Like you said, there are periods of little to no change and then periods of explosive change when a new resource is discovered. AI has the potential to be that resource for us. No matter how much creativity and insight Humans are capable of, our minds are limited. An AI networked to other AIs will have superhuman capabilities. Imagine what the future of spacecraft design could be if we put even a few AIs to work on building a better ship.
MAHIR LEMOND: We already have complex algorithms and powerful machine learning tech that accomplishes exactly what you’re describing. The next generation drones the army developed back in ‘47 were initially designed by a computer that had been fed data on avian skeletons. We clearly don’t need artificial intelligence to create new technologies. Historical evidence plainly states-

YUNA GLIDEWELL: Again, I’m not arguing that there isn’t a risk, what I’m saying is-
MAHIR LEMOND: I’m not finished. The evidence states that when AI is involved, people die.

Let’s step back for a moment from the Human lives question. Yuna, could you tell me more about the issues you believe artificial intelligence can help solve?

YUNA GLIDEWELL: Thank you, Eria. When we have AI, soldiers won’t need to go to war. Operating room deaths will drastically decrease. Traffic accidents will become a thing of the past. Ships will be able to truly fly themselves. I could go on, but this is the future that we’re denying ourselves. It’s only out of reach because we’re afraid to take the next steps. The Better Today Act is the gentle push we need to get us off the starting block.
MAHIR LEMOND: All right. Let’s forget the past and imagine for a second that there’s no possible way for a faulty or rogue AI to murder people. You’ve just described a world in which the casualties of war, early death, and poverty are all eradicated, or as close to eradicated as they can possibly be. Is this correct?

YUNA GLIDEWELL: Not exactly. But things definitely have the potential to get much, much better.
MAHIR LEMOND: And the best way to do this is to create thinking, feeling slaves that will solve our problems for us?

YUNA GLIDEWELL: Excuse me?
Before we unpack this question, we need to take a quick commercial break. We’ll be back soon to wrap up Mahir Lemond and Yuna Glidewell’s fascinating discussion. Then, we’ll dive into the situation on Yela. Can Crusader Security truly keep order on a moon where there is none? Don’t go anywhere. 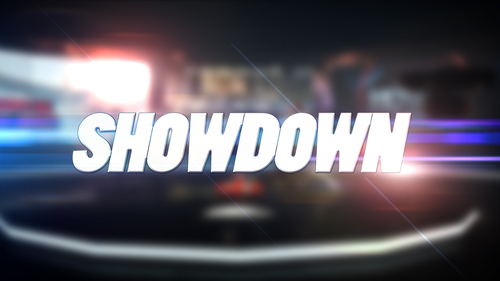