Letter from the Chairman: $17 Million!

I would like to extend my most heartfelt thanks to each and every one of you! We just hit $17 million at slightly past 12am PST August 31 2013 – less than seven days after we hit $16M!!! The power of this community is simply amazing!

We still have a ways to go before we have achieved the goal of being completely community funded but based on our current trajectory we’re going to make it – maybe even by the end of this year! Which will be another amazing milestone that will have been set by this community. The enthusiasm and support the development team and I have felt is amazing and makes us even more determined to make the best damn space sim ever! (BDSSE!)

The $17 million mark unlocks a special ship upgrade pack for every pledger who has donated prior to this point. An engine modifier will be added to your account shortly and in the near future you should be able to see it in your hangar! You also unlocked an additional flyable ship class in the finished game: the massive battlecruiser!

This accomplishment means that it’s time to reveal the $19 million stretch goals. Without further ado:

$19 million
Know your foe with a Jane’s Fighting Ships style manual free in PDF form to all pledgers.

Manage Space Stations – Players will compete to own and operate a limited number of space stations across the galaxy.

RSI Museum will air monthly, with a new game featured each time!

Hopefully you’ve all been enjoying the Hangar module. It’s been a blast to see the many live streams and videos that people were putting up as soon as they downloaded it!

There will be much more to come, and we plan to update the Hangar continuously as new content and functionality comes online. The same will also apply to the future modules that we will roll out on our way to full game functionality. It was a scary concept when we first embarked on it, but seeing everyone’s enthusiasm and sheer joy of being able to interact and see their ships in the game engine, makes me feel like it was the right call.

We think, even at this early stage, that all the ships are cool while we’re developing and it’s very gratifying to be able to extend that same feeling to all of you. And they will only get better!

As some of you may have noticed we launched the very beginning of our IN-GAME store with Voyager Direct yesterday.

It had a soft launch (we deliberately kept it back from the weekly email) so we could roll it to get feedback and see how to integrate what is a tricky thing into Star Citizen at such an early stage of development.

Even with a soft launch quite a lot of people started using the store (no surprise the Buggy is the top seller!)

Unfortunately there seems to be some misunderstanding in our intentions with the prototype in-game store, as the forums erupted with a significant amount of “discussion” last night!

I have read all of the criticism and there have been many great points. One of the great things about Star Citizen’s development is that we can get feedback like this… and use it to figure out how to make things better.

I felt that it was important that we should make clear what are in-game items, earnable via game play. This was the whole reason of segregating these new items into the Voyager Direct store rather than the pledge store. We intend for players to be earning UEC in a limited fashion as early as the dogfighting module (say for fighting so many test battles, or winning a team battle competition) and felt Voyager Direct would be the first step in getting the basic systems in place. Ultimately you will be purchasing all these game items inside the game from in-game vendors on various planets but this won’t come online until the Planetside module. Since the web team at Turbulent had already built a store interface and the team here was already creating items to outfit the hangar and ships, it seemed like an easy option to create Voyager Direct now to allow all of you to play with and check out some of the game items as they are created rather than waiting for Planetside module to see them in engine. The concept was that people that wanted to show their support and contribute towards the development cost of the game could buy some items to play with in their hangar but by establishing the prices in game terms it would also make it clear that these items are all earnable in game. I should also point out that Voyager Direct is intended only to sell cosmetic items or basic ship items that would be available on pretty much any planet – the better items will always have to be bought by actually flying to the appropriate planet or earning the via gameplay. There is no need to buy anything from Voyager Direct – it is all OPTIONAL and should be viewed the same way that you view paying for a subscription or buying a skin. All of this will be earnable in the game, without too much time invested.

I’m very opposed to having a game where ANY of the items, outside of your initial game / ship package can be only purchased with cash. I hate the bifurcation of items in most online games, even when they are just for flair items. I want Star Citizen to allow players to earn everything they need in-game for ships, upgrades and even flair.

Our plan is once Star Citizen is launched the games ongoing running and content costs (which will be significant as we’re a data & content heavy game) will be supported by the ongoing purchase of new game packages as well as the money the game will earn by some of the players choosing to buy some UEC credits with real money as they don’t have the time or patience to earn the item in game (and for this I wanted to establish a cap so someone can’t just come in and buy everything, although with a skill based game with a heavy rock paper scissors approach to ship design and weapons this won’t help that much as you think). We are making the bet that this will be enough to cover the game ongoing running costs and we will not need a subscription like other big online games live Eve Online or World of War Craft. But it is a risk as we’re taking some of the things that games use to support on-going running costs like sale of flair items and making them not require money just gameplay.

I was disappointed to see so many people feeling that we were trying to gouge people or do a money grab. I thought I had been very clear in my post yesterday that everything was optional and only should be done with the intent of supporting the game financially as opposed to something that was required. The whole team is incredibly grateful for all the incredible support we’ve received but as far as we’re concerned anything beyond the most basic pledge is optional and should be done to support the game’s development and not because you feel like you have to.

I do agree that pricing structure feels off – part of that is the problem of a blend of real world prices (cosmetic items to show support had been established at $5) and the in-game prices we need to manage. One of the other things we have been focusing on is the idea that the pledge or add on ship you opt for now should be cheaper in real money terms than its equivalent in UEC when the game is live, so the few weapons have been priced to our best guess as to what these should be relative to the actual in-game costs of a ship once the game is live. This leads to a dichotomy in value – of course a poster should be a lot less than a laser gun! It also doesn’t help that we’ve established an exchange of 1000 UEC to $1. 5000 UEC for a poster just sounds a lot more than $5! I am inclined to halve the prices in the Voyager Direct Store, with some of the smaller flair pieces, like posters getting a reduction even beyond this.

In addition there’s been quite a few complaints about having to “pay to test”. Which absolutely was not the intention! From a testing perspective what everyone can do now with their basic hangar (and don’t forget you can move items around between ships now) we have everything we need on the testing front. There is no need to buy a poster to help test it. The real testing will happen when you can earn UEC in-game and you then buy all these items. But we appreciate everyone’s eagerness to help out, so I’m investigating the difficulty of implementing “TEST UEC” now rather than waiting for the dogfighting module – the idea would be that everyone would get a certain amount of TEST UEC at different periods and could use the credits to buy items that would exist for a day in your hangar to check them out, try them on your various ships, walls and so on. This is doable but does require some significant work on the web side, so if we take this route it will be a little while before it can be implemented. We had originally planned this for the dogfighting module (as it is useful for people to try different load outs in balancing) but we can move up the schedule if enough people think it’s important.

In the spirit of community involvement and discussion and as a big thank you for reaching $17M I think the best thing to do is to give everyone a further 5,000 UEC and let you voice your opinion on some of the proposed solutions (and know that if you vote to reduce the Voyager Direct prices we will credit back the difference in UEC to people’s accounts for people that have already spent UEC)

So let us know!
The team and I THANK EACH AND EVERY ONE OF YOU! 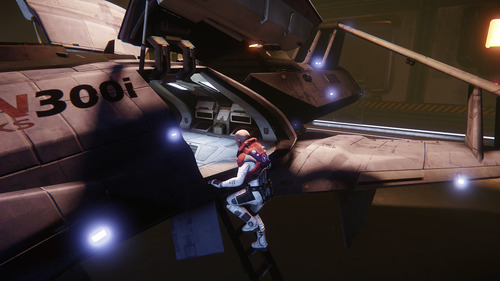 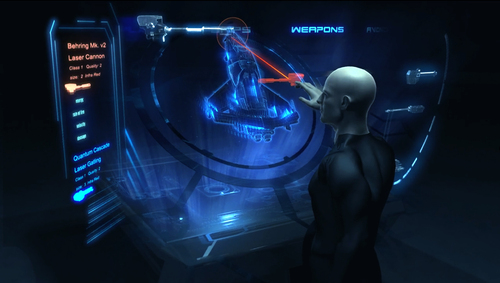 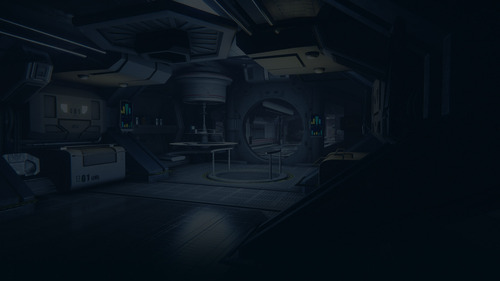