ps. this is why you shouldnt use amateurs

ADALAI: Listen, don’t think you can bullshit your way out of this. I’m recording all this, and if I find out you lied to me, a single tiny fib, I will make you regret it.

UNKNOWN FEMALE: I don’t know anything.

ADALAI: Then tell me how you got a hold of the goldfinch data.

UNKNOWN FEMALE: I saw it on the spec just like everyone else.

UNKNOWN FEMALE: Wait! You can’t just erase my drives! Do you have any idea what that info is worth?

ADALAI: That’s up to you … Look, this is probably the first time you’ve been collected, right? You’re thinking there’s got to be some way out of this. And there is. Just tell me what I want to know and I let you drift. It’s easy. But you keep spewing lies at me …

ADALAI: Don’t you get it? You already slipped bad only using a single root when you dumped the finch onto the spectrum. If a dumb hunter like me found you, how long do you think you’re going to have before someone really scary grabs you and starts removing more than just your archives? Don’t let this be another mistake. Talk.

UNKNOWN FEMALE: I don’t know where the data came – wait! Just listen! I was the one who dropped the package, sure, but it was all blind. No idea where it came from.

UNKNOWN FEMALE: First message was a burner, and everything after that was all posts on some bird watching board. I backed it all up. You can have it. That is, if you didn’t erase it already.

UNKNOWN FEMALE: Twelve bounces deep. Any names that I did find were born in the last year. So unless we have a plague of evil baby geniuses, everything they touched was clean. Figured anyone good enough to crack Origin is good enough to stay dark.

ADALAI: What about tracking your payment?

UNKNOWN FEMALE: I’m telling you, this was pro. They didn’t pay me in credits. The deal was, I release the info for free, wide as I could, and in exchange, I get a head start when it comes to playing the market.

ADALAI: And you agreed to that?

UNKNOWN FEMALE: Something this big? The market was a lock. You see my shiny 300i outside? I made the drop, I made a ton of creds off the aftermath, and that was it. Never heard from them again. Now cut me loose.

ADALAI: That can’t be it.

ADALAI: I’m not buying it. No way any infoagent releases data without verifying it, even one as fresh as you. There had to have been something you found or you wouldn’t have touched the plans.

UNKNOWN FEMALE: Yeah. Fine. I did some checking. Like I said, everything about the contact was vapor, but they missed something in the package itself.

ADALAI: What? What did you find?

UNKNOWN FEMALE: Don’t get so excited. It was practically nothing, but basically, because the package had been encrypted at one point, it was enough that I knew it was legit.

ADALAI: What does it having been encrypted have to do with anything?

UNKNOWN FEMALE: If you’re good enough, you can tell what the encryption was by the way the data is unpacked.

UNKNOWN FEMALE: In addition to Origin’s standard hex, there was something else layered on top. A corp algorithm. FTL.

UNKNOWN FEMALE: Maybe, but whoever stole the package didn’t even have to rip it open. They had the key … 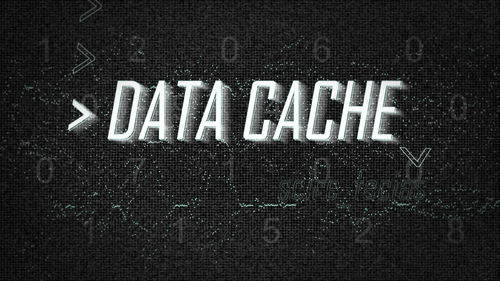