Greetings Citizens,
On the fence about Star Citizen? Why not give it a try and see what we’re building! For the next week, we’ve enabled Free Fly access to all accounts… FOR EVERY CURRENTLY FLYABLE SHIP IN THE GAME OO-AH-AH-AH-AH! This means that anyone can jump in to Star Citizen Alpha 2.2.2 today and fly limited ships like the Scythe, Mustang Omega, and more! The Free Fly event gives everyone access to three unique parts of the Star Citizen experience:

Star Citizen Alpha 2.2.2 – Also known as Crusader or the “mini-PU,” this is the nucleus of the world we’re building! Featuring multiple space stations and environments, scripted missions, places to explore and more, Alpha 2.2.2 is your first look at a much larger universe!

Arena Commander – Arena Commander is a ‘game within a game’ that we’ve used to develop our flight mechanics and ship combat balance. Take on human opponents or an AI swarm in single seat fighter.

Social Module – Interact with other players while you explore our first landing zone, ArcCorp! The Social Module is intended as a starting point for our world building,

You can register for an account here to get started. If you already have an account from a previous Free Fly, you’re all set! Just log in via the Star Citizen launcher. This is the first Free Fly that includes Crusader, so there’s more to explore than ever before. For the next week. Free Fly accounts will have access every ship currently available in the game.

We’ve issued another minor patch for Star Citizen Alpha 2.2 this week, focusing on a set of specific bug fixes identified during testing. Thank you as always to our talented backers who have helped us drill down on and now eliminate these bugs! You can find a complete list of changes here.

Have you picked up your now-flight-ready Sabre or the hangar-ready Khartu-al Scout this week? Both ships are available for sale again through Monday, March 14.

Remember: we are offering these pledge ships to help fund Star Citizen’s development. The goal is to make additional ships available that give players a different experience rather than a particular advantage when the persistent universe launches. Ship types sold during limited sales will be available to earn in the finished game.

Want to follow Star Citizen’s development without checking the Comm-Link every day? You can access our official social media challenges here:

Want to meet the team making the game? Check out the personal Twitter feeds below!

PLEASE NOTE: These are the personal feeds of Cloud Imperium Games’ developers. The statements and opinions expressed do not represent Cloud Imperium Games, and should not be taken as the final word on any element of game design or planning. The following developers are willing to connect with backers and share information about their lives when possible: 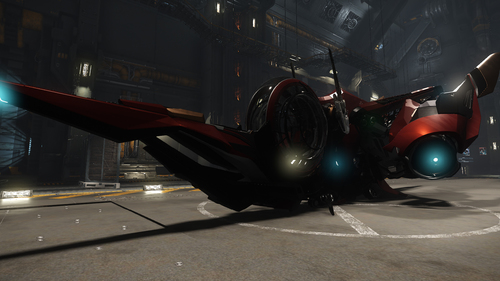