Today Discovered presents the personal correspondence of Dr. Kellar Lench, on loan to us from the Gemma Museum of Interspecies Tolerance. Lench was a young scientist when he first discovered the Elysium System and the existence of the Tevarin in 2541.

BEGIN:
2541.11.06_20:34 SET
LOCATION: Yar
I can’t take this anymore. 263 straight days of solitude in this “research” station with only the spectrum to keep me company. Heck, even the spectrum isn’t always there for me. Sometimes the swirling red sands are so thick and vicious that they block out the signal. Or damage my transmitter. I’ve had to fix that thing so many times I consider myself an honorary electrical engineer by now.

It’s funny, Dad. Even though I know you won’t receive this message for days, I can already hear your response to what I’m sure you’ll deem ‘petty complaints.’ Ever since I was a boy, you filled my head with stories of scientists willing to risk everything to make the universe a better place. “Great scientists sacrifice their life for their discoveries,” you’d say. It sounded like a dangerous and exciting proposition as a kid. Now I know it’s anything but that.

I still remember the look on your face when I told you about this research job. You were so proud. Your boy was being whisked away to live alone on a frontier world and do research for the good of Humanity. Confident that your son must have been hired for some extremely important work.

Well, I regret to inform you that I wasn’t. Turns out the New Horizons Research Institute is nothing more than a subsidiary of the Hathor Group. It took some digging to uncover the details, but when I found the proof, it all made sense. It explained why my only job was to deploy small research drones to search Yar’s mountains for resources. There’s nothing of scientific importance to be found around here. Only a hunt to help enrich a conglomerate that already owns its own system.

I can’t it take it anymore, Dad. I can’t keep sitting here, all alone, conducting ‘scientific scans’ and sweeping away this bloody sand. You raised me to pursue science, not to be a corporate shill for it.

So I hope you understand why I’m abandoning my post. Please don’t send your response here. I’ll contact you again once I know where I’m going.

2541.11.09_13:41 SET
LOCATION: Fujin City
I have to admit, it’s been strange returning to a world where I’m not the only person in a 1,000-kilometer radius. Actually, it’s why I came here first. I knew I could always escape to a park if I got overwhelmed by the craziness of the city. That and because I always knew you loved this planet.

“If you don’t see Fujin City before you die, then you’re a fool,” I remember you telling all your friends after returning from your conference here. Well, Dad, you can rest easy because I’ve seen it. Though, considering what I just did, I don’t think it completely absolves me from being a fool.

Before I left Yar, I submitted a letter of resignation to my superior at New Horizons. I didn’t, however, sit around waiting for a response. I just left. Doubt that’ll make her too happy, but I’m trying not to dwell on the consequences to come.

I want to focus on what I can do to make a real difference in this world, like you taught me. At least my time on Yar gave me a crash course on research drones. I’ve gotten pretty good with them, actually. Maybe I can figure out a new way to put them to use.

But that’s not even the craziest part. One of its worlds is teeming with advanced life. There were lights everywhere, large structures that looked like temples and an impressive city built into a mountaintop. I so wanted to do deeper scans, but I didn’t want to get too close. Figured it was best to maintain a safe distance for now.

Okay, I have to admit, I did send a research drone down to the planet. Figured the more information I could bring back the better. Just to prove that I wasn’t lying. I’d find all this hard to believe if I hadn’t seen it myself.

But don’t worry, I didn’t do anything else. It should be government dignitaries and diplomats that make first contact. Not some guy who got lucky enough to find his way there.

I wish I could tell you that I intended to make this discovery. After leaving Fujin City, I spent a few days drifting through space and experimenting with the settings on my research drones. Then this morning, one of them returned data I couldn’t make heads or tails of, so I set out along its route.

As I approached where the readings got interesting, I felt that familiar tug on the front of my ship. Right then, I knew I’d found a jump point. I have never been more excited and scared at the same time.

I almost turned away from it. You know I’m not the best of pilots. I was worried I might not survive the jump.

Then I heard your voice in the back of my head, “Great scientists sacrifice their life for their discoveries.” Once that was echoing through my head, I couldn’t let you down. Especially after walking away from my responsibilities on Yar.

Eventually, I lost contact with the drone that I had sent down to the planet. My scans showed a few of their ships heading my way. So I figured I’d better get back to Centauri before they found me. Would hate to be the one that caused an incident.

I was filling out the official UPE documentation right before I started this message but I had to stop and take a break. Everything suddenly became so overwhelming. There’s been an entirely unknown species so close to us this entire time, and I was the one to find them. Part of me wants to keep them my own little secret, but I know that isn’t fair. Like the Banu, we must open up our world to them. I’m sure there’s a lot we can learn from each other.

After I report my findings, I’ll head home to share all the details with you. This species is nothing short of amazing! I can’t wait until the day when we can meet one in person. 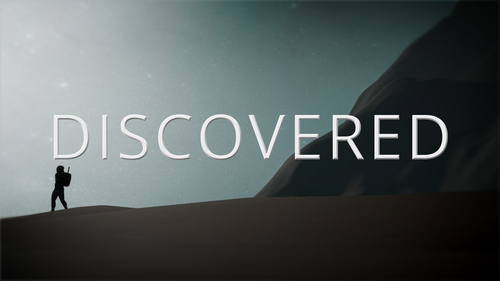