50 years is a major milestone, traditionally commemorated by making adventurous, brave, and occasionally reckless decisions. Choosing to try new experiences, opening life’s throttle and seeing where it takes us.

Some may refer to this as a mid-life crisis, but here at MISC we embrace it as an expression of individuality and vitality.

In 2898 the New Horizon Speedway opened on Green, ushering in what many consider the modern era of the Murray Cup. That same year, a MISC ship set a time on the new course that is yet to be bested. That ship, a Daedalus mkVIII, didn’t end up bringing the cup home for MISC but it forever associated the company with star racing, and paved the way for Trevor Yuman’s eventual victory in the now-iconic Razor.

Five decades later, MISC is still pushing the boundaries of innovation. As we celebrate the 50th anniversary of that record run on the New Horizon, MISC reflects on its legacy and looks to the future of speed, both on and off the track, with the release of these limited-edition Razor chassis.

“The New Horizon run? That was way before To-Ko shook things up with the integration of Xi’an tech, but those late model Daedalus could almost be considered proto-Razors. They introduced a lot of the features and innovations that we’d go on to perfect in the modern models, including an early version of the Proteus system. It was, frankly, way ahead of its time. Nowadays even Origin ships have adaptive intakes, but fifty years ago that was seriously radical stuff. So, with the anniversary of New Horizon and MISCs historic run looming, we figured we should see how far we could really push the Razor frame.“
- GORDON VALLE, MISC Senior Engineer
The Razor EX is made for those looking to maintain high speeds and low profiles. Outfitted with cutting-edge signature-reducing materials, the EX gives you the jump on the competition, keeps you off their radar, and keeps them on their toes.

With the LX, MISC engineers pushed the chassis to its limits, resulting in a supercharged ship capable of a mind-bending top speed and unparalleled acceleration. The overclocked engine will leave your competition sucking fumes right out of the gate.

Available to the public for a limited time, these ships allow any Citizen to harness MISC’s high speed thrills, taking the spirit of Murray Cup racing off the track and into their own backyard.

“As a kid I always wanted to race in the Murray Cup. Growing up on Kampos, I was immersed in the culture of star racing from a very early age, and by the time I was a teenager I was obsessed. I idolized the greats, obviously – my room was plastered with posters of legends like Red Bakshi and Cane Martin, and in my dreams, I felt the thrill of unadulterated speed and the rush of the adoring masses cheering me on to victory, and the cup. But that’s all they were. Dreams. I grew up, took down my racing posters, got a job at a tech corp and did the normal adult thing. I was good at it, and I was relatively happy, but deep down inside, I still longed for the chase. Now, at 50 years young, even though a career in racing is a distant might-have-been, thanks to the MISC Razor LX, I’ve finally got my speed fix. Flying at full throttle, I’m right back there in those childhood dreams, chasing glory with the Murray Cup legends of days gone by.“
- ROB CHRISSERT, Razor owner


Some may ask, why would I need so much speed, power, and exotic tech in my hangar? Here at MISC we ask, why not? You never know where adventure’s winds may blow, and with these unrivaled machines, you’ll be ready to take on whatever new challenges and opportunities come your way.

Life is short, live courageously with MISC and join us in celebrating 50 amazing years of innovation, adventure, and speed. Get in your Razor and start flying today.

A small number will be made available under the Warbond program, featuring unique serial numbers, to commemorate MISC’s legacy of innovation.


THIS SALE IS NOW OVER!
For more details visit the complete ship page. 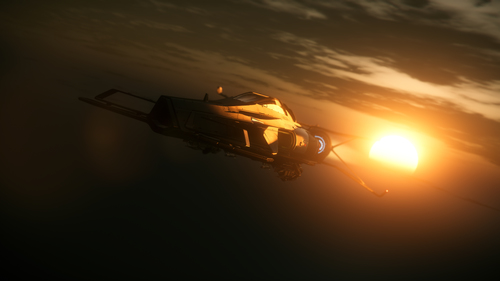 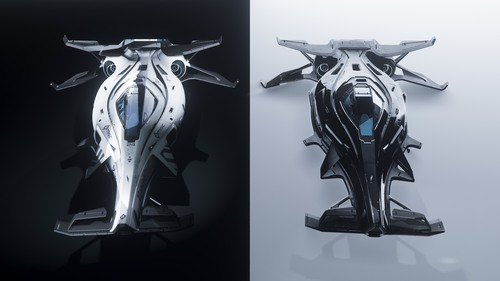 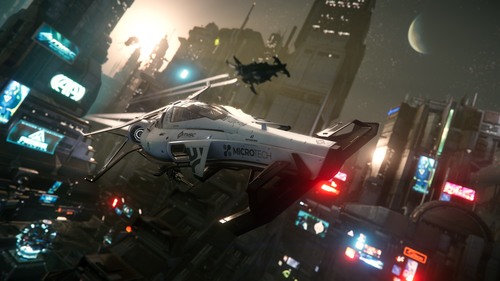 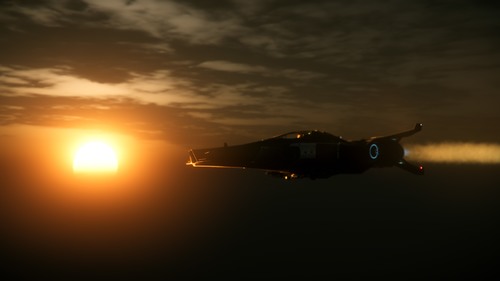 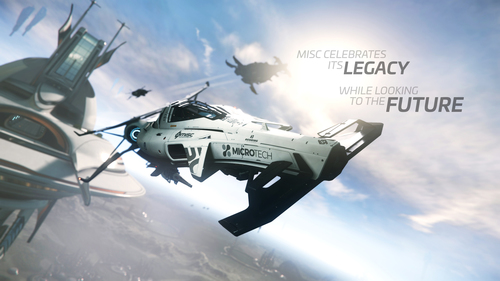