GO THE DISTANCE WITH THE LIBERATOR LIGHT CARRIER
From the Navy’s most ubiquitous fighters to massive warships and large-scale troop and vehicular transport, Anvil is synonymous with space combat and military operations, due in no small part to a laser-focus on the mission at hand. Anvil continues its tradition of excellence with the Liberator, an open-air vehicle carrier that applies the tradition of long-range transport to a smaller scale. Designed with the same quantum drive and long-distance capabilities of military-spec carriers and pathfinders but tailored to the civilian market, the Liberator puts your fleet on the front lines of any operation.

LANDING PADS
The Liberator easily accommodates three ships on its open-air landing pads, from light and medium fighters to mining and freight craft. The distinct double-deck configuration makes exceptional use of a relatively compact space, rendering take-offs and landings effortless. Fighters can therefore launch and help repel any attackers, should the Liberator come under assault during its journey. The interior bay is further capable of housing two ground vehicles, such as tanks and mining vehicles.

LONG RANGE
Equipped with a massive Size 3 quantum drive, the Liberator is built specifically for extreme-range deployment. Its ability to expeditiously transport smaller, short-range ships and vehicles to objectives between star systems makes it an invaluable asset for all manner of industrial, commercial, or combat operations.

CARGO CAPACITY
A dedicated cargo hold sporting a generous 400 SCU capacity means you can haul traditional freight and tote supplies without sacrificing any vehicle space. This versatility makes the Liberator a favorite of UWC contractors, mining operators of every scale, and pilots and orgs looking to multi-task.

WEAPONRY
Should the Liberator be placed in jeopardy, it is capable of defending itself without needing to scramble any fighters on deck. A manually operated turret sporting potent Size 5 laser repeaters, along with dual automated point defense turrets and four bespoke missile launchers, keep the Liberator and its passengers well protected. 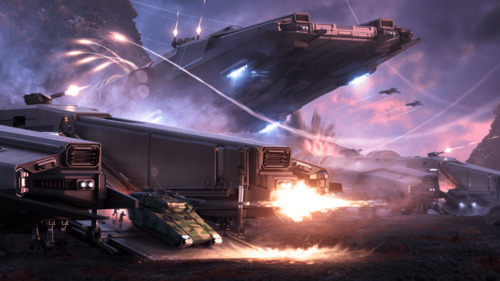 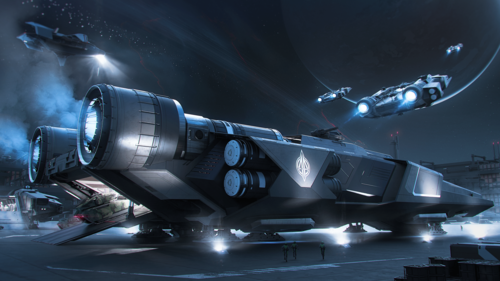 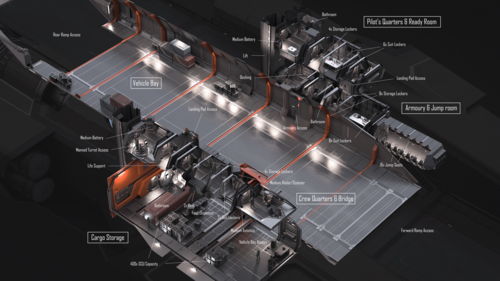 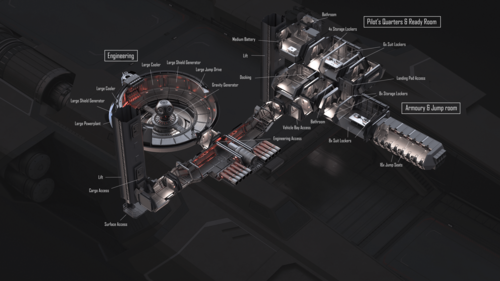