Blast from the Past: King Kong

Before Freelancer, before Wing Commander and even before Times of Lore there was… King Kong! Chris Roberts sold this, his first game, when he was just thirteen years old! King Kong was what was known as a “type-in program,” meaning that the BASIC code for the game was printed in a magazine for home users to type in and run themselves.

Chris sold the game to BBC Micro User magazine, which printed the code in its April, 1983 issue complete with a man posing in a gorilla suit with a Barbie doll on the cover! Gameplay involves flying a helicopter to rescue women from a skyscraper, a la Defender, and then once they are safe gunning down the giant ape.

King Kong may seem simple compared to today’s powerful, complex games… but it’s also early proof of Chris’ interest in combining games and movies! Thanks to Pix’s Origin Adventures for re-discovering this game. You can read more and even download a copy to play yourself here. 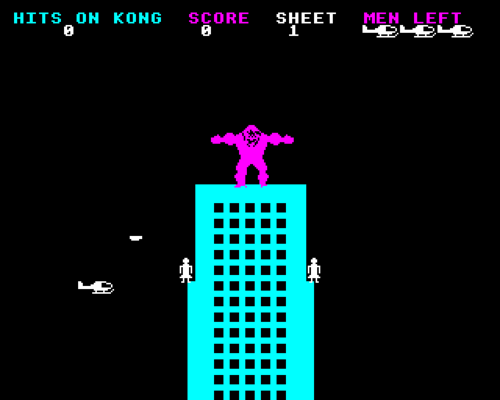 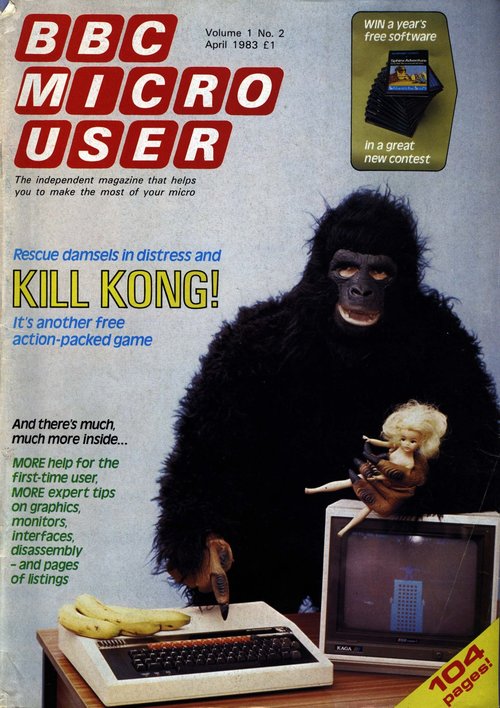