It was like the Gold Rush, planetary prospectors were desperate to stake their claim on ‘unformed’ worlds. Most followed the Federal protocols, others don’t.

Gaia Planet Services attempted to terraform a planet without authorization. Turns out the planet wasn’t uninhabited. A new race, later discovered to be the Xi’An Empire, showed up while the terraformers were building the equipment. Needless to say, they were a little perturbed. The Xi’An captured the entire crew and kept them under guard. They released one, the foreman Charles Baxter, as a gesture of good faith.

Back on Earth, High-Secretary Cho, High-General Volder, and High-Advocate Machado along with a select sub-committee of Senators gathered to get a clear assessment of what happened from Baxter and what to do about the Xi’An.

HIGH-SECRETARY CHO: If everyone’s set, Mr. Baxter, please begin. Tell us about the events of that day. BAXTER: I’ve been advised by the Company’s attorney-

HIGH-ADVOCATE MACHADO: Mr. Baxter, this is not a criminal hearing. We are simply trying to get a clear picture of what happened. There are still two hundred seventy-five of your colleagues held by an alien civilization. Any help you provide us today will be taken into account when this crisis is resolved.

[Baxter confers with Attorney]
BAXTER: We were surveying, looking for plant-points to set up the equipment. There were three transports scheduled to land so we were expecting to hear ships. I was up on a ridge when the first one came into view. I knew immediately it wasn’t ours. Human, I mean. It didn’t look like any Banu ship I’d ever seen, but you know how they are…

BAXTER: Well, next thing we knew, they were all over us. Ships coming from all sorts of directions.

BAXTER: Not really. I mean, I don’t think so.

HIGH-GENERAL VOLDER: Don’t you think it would be wise before attempting to terraform a planet?

BAXTER: You don’t know what it’s like out there. You wait around too long, some other Corp will swoop in and process that rock faster than you can blink.

HIGH-GENERAL VOLDER: While we appreciate your sociological insight, Mr. Baxter, we need facts, not hyperbole if we’re going to free the hostages.

HIGH-SECRETARY CHO: General, we have not concluded that a military action is necessary.

HIGH-GENERAL VOLDER: I understand but we need to have a plan on the table to enact should the diplomatic solutions go sour.

UPE Military forces maintained a perimeter at the jump-point entrance. It took fifteen days to work out a communication system to speak with the Xi’An. That started a tense negotiation period. The Xi’An were meticulous with their demands.

By the time the hostages were released, over fifty-seven days had passed. Though the UPE had managed to avoid war, relations with the Xi’An were tense. 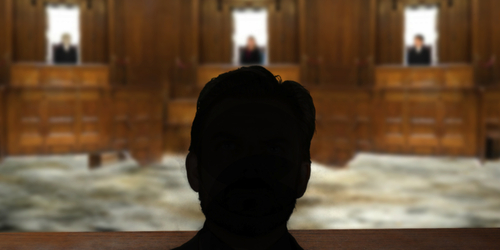