This break I read Burning Sky. It was really good. It was all about Squadron 42 who are awesome. It takes place in 2910 when a bunch of Vanduul warships attacked their carrier. The main character was Lieutenant Terrence Nolan. He was from a small town in Elysium system sorta like the one my cousin lives in. He joined the Fleet instead of going to school because he wanted to see the stars. There was a good scene where he was out in the fields looking up at the sky and wondering what was out there. He wanted to see what nobodies ever seen. That was a cool idea. Like are there whole groups of aliens that we haven’t met? I never thought of that. See when I’m a pilot, I just want to see a nebula. A big one. I think that would be max.

After flight school, Lt. Terrence Nolan went to the Eastern sectors. He was part of a patrol wing along the Xi’An border. He was pretty bored because nothing really happened. Then one shift, he saw a small transport ship getting chased by pirates. Even though there were like four pirates and Lt. Nolan was alone, he attacked. It was crazy and his ship was getting all shot up but he got like three of the pirates before the other pilots showed up. And he saved the transport. After that he got congratulated then lectured by his Commander. He was mad because it was stupid for him to take on four pirates on his own. That was how he got drafted into Squadron 42. They like that kind of stupid.

Lt. Nolan gets transferred back to the Western systems. Now he’s part of the Squadron. While the rest of the Fleet runs from the Vanduul, they go looking for a fight. They’re like the only thing standing between our systems and a bunch of raiders. Their Commander is this smart tough lady named Aria Reilly. She’s been like fighting her whole life ever since her town was burned down by raiders. Their carrier was heading past the settlement systems into unclaimed space. They were hunting.

After like two weeks on the carrier, it seemed like no one liked Lt. Nolan. They all thought he was a wimp. But then the next morning, their ship got ambushed by a bunch of Vanduul Scythes. Like a hundred of them. Lt. Nolan and the other pilots jumped in their ships and blasted off to fight them. The battle lasted six hours. The fighters twisted through space trying to blow each other up while the carrier battled a Vanduul destroyer that was lying in wait. It looked like they were going to lose but then Lt. Nolan took command of the pilots that were still alive and fought back even harder. They didn’t give up no matter what.

Reading this book was really fun. It was a little boring before the battles but I’m glad I stuck with it. My dad says that he remembered when this happened back when he was a kid. He loves the 42nd Squadron too. He says he’s got a bunch of other to transmit to me. I hope that I am just like Lt. Nolan when I become a pilot. I think everybody should read this. That’s my report. 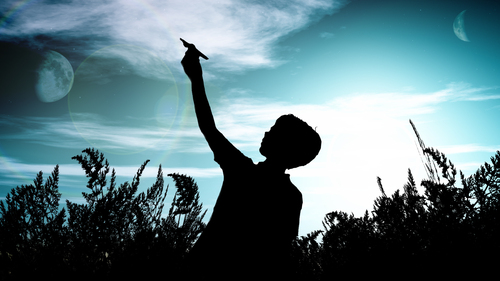