I’ve decided to do something a little out of the ordinary and step outside the Star Citizen realm for a moment.

There are many reasons why all of you so generously backed Star Citizen: You missed a good space sim, you wanted back someone that cared about PC games, you liked the previous games I’ve made and would like to play another. But I also think you backed Star Citizen because you wanted to say something to the business and marketing machines that normally decide which games are made. You said they are not the taste makers for you, that you want your voice heard on what kind of game you play and you want to have a greater involvement and connection to the development of that game.

I can’t tell you how invigorating this last part has been for me as a game designer, for the team that worked on the prototype and the new people we are bringing on. I make games that I want to play. But I also get a huge satisfaction from making games that other people enjoy and lose themselves in, much the same way I want to be entertained when I play a game.

In the old days before digital and online you almost never got to connect with the people that you were making your game for. Instead the only people that would see your progress was a few publishing and marketing executives that most of the time didn’t really care about the game outside what it could do for their bottom line.

With crowd funding you cut the middle man out. No retailer. No publisher driven by the demands of its shareholders for quarterly profits. Instead you build the game directly for the audience that wants the game for the right reasons – because they want to play it. This is an exciting shift in the dynamic and something gaming needs unless everyone wants no other choice other than to buy yearly sequels to one of a limited number of gaming “brands” that the big publishers focus on.

I’m committed to delivering a great game to you all. I’m committed to involving you all in the process and making that process as fun as possible. I’ve said it in a few interviews, but my hope is by the time we release the final “live” version of the game for the public, all of you will have already had a huge amount of enjoyment and fun and will feel the journey was worth the price of backing, with the playing of the final game a pleasant bonus.

I don’t think this model works for everything and everyone, but I do think it is a very viable model for a lot of games. And I think it’s great model for some designers, genres and platforms that don’t get the big publisher love because their type of games don’t sell 10 million copies worldwide.

Which is why I’m writing this comm-link today.

There are a couple of other games coming towards the end of their Kickstarter campaigns that need a little help.

The first is Project GODUS from 22 Cans. They’re about £60,000 away from their goal with just under 3 days to go. Without a decent end of campaign kick they won’t make it. Which would be a shame as they have been doing everything you should in a crowd funding campaign; daily updates, taking on their community’s suggestions, showing work in progress and embracing all that is good about crowd funding.

I’m not the biggest God Game fan, but I played the original Populous and Black and White, and PeterMolyneux pretty much invented this classic PC category. I think it’s great that he’s going back to his roots with GODUS and you can clearly see that his team really cares about what they’re doing.

I know there has been some blow back because a lot of people have felt let down by some of Peter’s promises in the past. I’ve known Peter for many years. Back when Origin and Bullfrog were acquired by EA and we used to travel the world on press tours promoting our respective games. He is definitely very enthusiastic, which can get him into trouble sometimes, as he can over promise, but it always comes from the right place – he wants to push the possibilities and he has a childlike wonder with doing this. And having been in the situation in the past, the fault with this doesn’t lie all at Peter’s feet. A lot of the reasons why promised features don’t make it into the final product are publisher driven. When Electronic Arts or Microsoft want a product on a certain date to make a financial quarter features get cut. The difference between Peter and a lot of other developers is that other developers are a lot more circumspect in public in disclosing what they’re trying to put in the game. Trust me, there are many lofty goals on most projects that never make it, Peter just is more public about his and sometimes gets caught out because of it, especially when there’s a hard date imposed by his publisher.

The second project is Elite: Dangerous from Frontier Developments. They still have 17 days left, but are also in danger of missing their minimum Kickstarter raise without a surge towards the end. They need a little more – some £456,000. You may say hey Chris, why do you want to support a competing project? Well I believe the world is big enough for multiple quality Space Sims. Having to compete against the Star Wars X-Wing games from Larry Holland certainly didn’t harm Wing Commander and I feel Star Citizen and Elite: Dangerous are different types / styles of games. Star Citizen is more focused on a “crafted” approach to the universe – more detail, cinematic flair and more unique characters and locations whereas Elite will follow a more procedural approach which will allow it to have a much larger galaxy to explore as a lot of content will be computer generated. Besides wanting to see Space Sims make a comeback, I fondly remember playing the original Elite on the BBC Micro by David Braben and Ian Bell. I started my game development career around the same time David did, with my first three games all being on the BBC Micro in the UK before I moved across to the USA and joined up with Origin. The original Elite definitely got me thinking about just how cool it would be to blend 3D space combat that with a cinematic story to create the experience I always craved when watching Star Wars.

These are both games I’ve backed and I am writing this comm-link to let you know about them, if you don’t already.

You have already been so amazingly generous that no one should feel that they need to back any of these just because I am, but if like me, you like the idea of the gamers cutting out the publisher and enabling the developers to connect directly with their audience in a new connected way you should take a look as these are both titles from people that have made great games in the past and I think in the right environment, with no meddling publisher could make something special again. 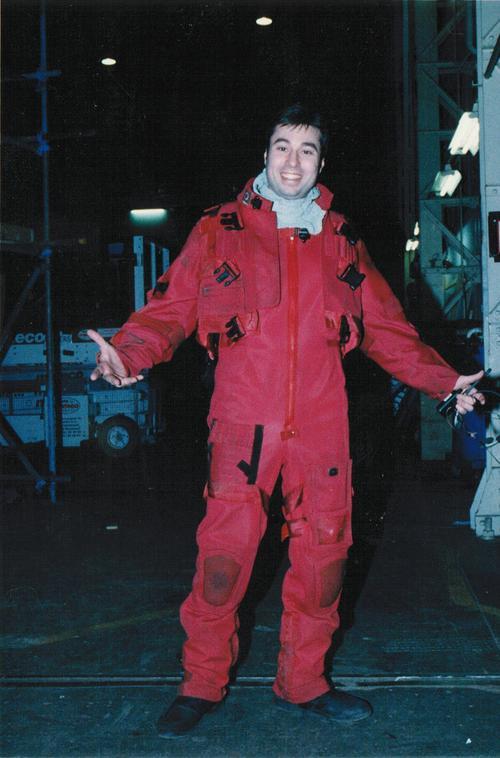