Commissioner Announces New Season of Murray Cup Racing As the first day of the Murray Cup Racing Season draws nearer, Marco Verender, Commissioner of MCR, met with the press earlier today to unveil this year’s amended rules. The announcement came after months of debate following the collision and subsequent death of last year’s champion, Zack Hugh. Fans will no doubt remember the amateur pilot who lost control of his ship and crashed into Hugh during his victory lap.

Most of the league’s structure will remain the same. There will still be the two divisions, known among fans as the Tortoise and Hare for armed races and pure racing, respectively. Ships will have to be certified by MCRL-sanctioned officials before being allowed to participate in regulation races for either division.

Verender listed the types of weapons allowed in Div-T races, but this standard assortment of hard-ammo and energy-based weapons has undergone little change since last season. The most significant update here is that missiles and mines will be required to deliver lighter payloads to minimize damage to racing structures, potential fan casualties and unintentional detonation. He reminded the assembled journalists of the increasing frequency with which early heats of the Div-T Murray Cup immediately turned into warzones, not races. While Div-T has always been about combat, he felt that the pilots were forgetting that it was supposed to be a race too.

The biggest change in the upcoming season appears in the qualification system for the Murray Cup championship. Historically, any ship that met the requirements could be entered in the initial championship heats. Now, qualification will be based on points accrued from regulation races over the course of a qualifying season.

Points will be allocated as follows:
1st Place = 3 points
2nd Place = 2 points
3rd Place = 1 point
In order to qualify for the first round of Murray Cup championship races, pilots must accumulate twenty (20) points over the course of the season. While he acknowledged that most participants will object to the new qualifying standards, Verender stated that the new system will not only raise the professional standard of the final championship competitors but, more importantly, create more dynamic races for the fans.

“For decades, the Murray Cup has been the pinnacle of astro-engineering and piloting. While it was a nice egalitarian notion that the Cup should be open to all applicants with a qualifying ship, after last year’s tragedy we need to set a higher standard. This new system makes the Cup difficult to achieve. That challenge is what gives it its worth.”

Verender continued to explain that over the previous seasons, there has been less emphasis on the regulation races. Viewership and attendance has been steadily declining as the only interest in the sport came from the Murray Cup competition itself. This new system would draw attention back to the season’s races as they become the battlegrounds for the racers to qualify for the Murray Cup.

Points will be accumulated by the pilot, not the ship, which will allow racers to switch vessels during the season (or in the championship, should they qualify). For its inaugural year, Verender says the League will experiment with having points roll over between seasons, allowing racers to accrue the twenty points necessary to enter into the Murray Cup over several seasons. Once they enter (or “cash in”) their points for a shot at the Cup, the twenty points will be deducted from their MCRL Racer Profile. Non-regulation races, even ones that conform to MCRL standards, will not contribute to a racer’s qualifying points.

Finally, Verender announced that MCR has reached an exclusive agreement with GSN Spectrum Broadcasting to relay all regulation races throughout the UEE and beyond. The agreement also secured broadcasting rights for smaller non-regulation races, but specifies that, while they will be available through the MCR directly, their Spectrum relay will be location-specific and subject to black-outs. 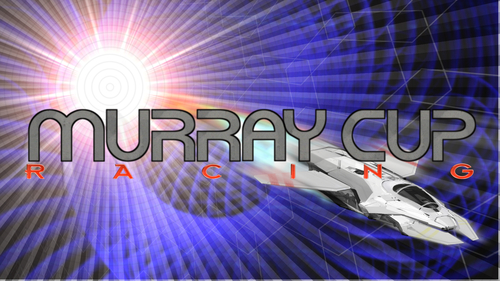