Greeting Citizens,
It’s the last Friday of the month and we’re happy to announce that the latest issue of Jump Point is now available to subscribers! Check your subscriber area to access a PDF copy of issue #3. You’ll learn all about the development of the Hornet, visit the Cathcart System, meet Chief Technology Officer Jason Spangler and get even more exclusive fiction from Star Citizen writer David Haddock.

And as we have promised, some of the older content Jump Point allowed us to put together is being made available to the general public. The massive Bengal carrier article from the January issue is now available through the RSI site’s Engineering area. This extensive piece is just a small sample of the kind of things we put together each and every month using the subscription fees… so sign up if you’re interested in supporting more of this kind of material!

At the tail-end of the campaign, we had outlined a plan to wall off the website to only allow backers access to some of the deeper features. Unfortunately, we had to delay it in order to allow the thousands of Kickstarter backers time to link their accounts. Kickstarter integration happened a lot slower than we had anticipated, and thus the site remains in the same configuration since the campaign, leaving many of you to wonder what’s going on with the Galactapedia, Engineering, and other such sections? The answer to this is that, in short, we’re tearing everything down and reworking the entire site from scratch. We went into the project without the necessary funding to build a truly dedicated website, and did not expect the sheer amount of interest Star Citizen ultimately garnered, causing our host to overload whenever we experienced a spike in traffic. The current website is, to aptly describe, basically being held together by duct tape, spit, and glue. It’s quite a kludgy system as it is built on WordPress, which we have been modifying over-time. While WordPress is a decent platform for blogs and smaller sites due to its popularity and ease of installation / maintenance… it’s ultimately not designed to support what we need it to do. At the moment, we continually find ourselves furiously fighting our way around its inherent limitations and poorly designed architecture in order to implement our ever-growing needs and requirements, and that is simply unacceptable.

The choice was, continue down that path or replace it with something entirely new and custom built to our specifications. Given that choice, the answer was clear. Star Citizen is going to be a world class game and so likewise it deserves a world class website. We now have the funds and the knowledge to build what the community truly deserves: a clean, scalable, robust, and visually stunning site that not only does proper justice in representing the Star Citizen vision, but also elevates the standard in end-user interaction on the web by bringing innovative concepts and techniques in user-experience design to the front.

We’ve partnered with Turbulent, an excellent large-scale web development team in Montreal to develop a new, much more elegant back-end architecture that can easily flex to accommodate our comprehensive requirements. Every process is going to be redesigned to work the way it should in order for the site to seamlessly intertwine with Star Citizen exactly the way we envision, rather than hacking our way around a pre-packaged solution.

For starters: on the front-end, The layout will no longer hide past Comm-Links and Spectrum Dispatches while preserving other older updates. There will be an actual e-commerce core with a proper shopping cart system. We’re also integrating social features in ways that better support: more dynamic polls, Reddit-style upvoting for comments and a host of other interactive features that will help us better learn what you want to see in Star Citizen. We’re currently working to integrate IRC and make the RSI forums more customizable. We’re building a better experience for everyone, our dedicated fans, as well as the CIG staff currently tasked with maintaining the current website.

Our user interface designer, Zane Bien, who you met on today’s Wingman’s Hangar, is designing a snappier, more attractive UI that’s going to transition from the website into the upcoming Hangar Module and then to the finished game. In short, what you see in the coming months at Roberts Space Industries is going to be the vanguard of what you’re going to see in Star Citizen itself. We promise you it’s not going to launch until it’s up to Chris Roberts’ exacting standards… and until it’s something the Star Citizen community deserves.

The tradeoff is that it’s going to take a little more time. We’re currently shooting to launch the new website towards the end of May… given that it’s up to standards by that point. Many of you are eager to spend your Kickstarter credits, access services like the Galactapedia, and reconfigure your pledges. We know it’s a bit of a long time, but we feel that the new site is going to be more than worth the wait! 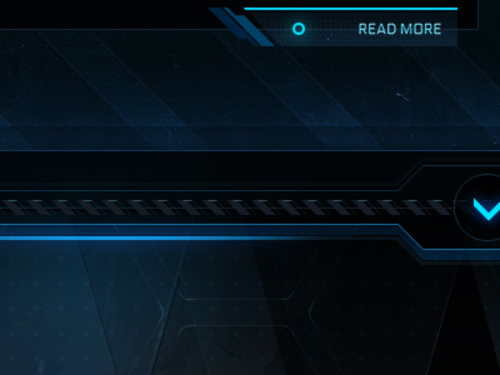 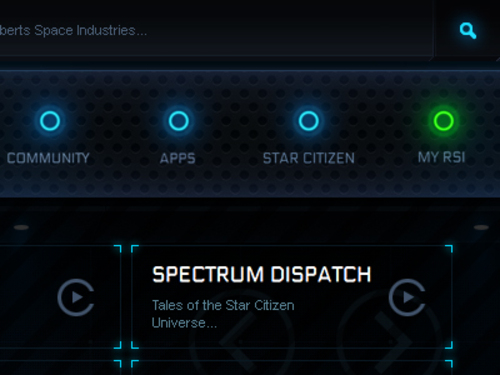 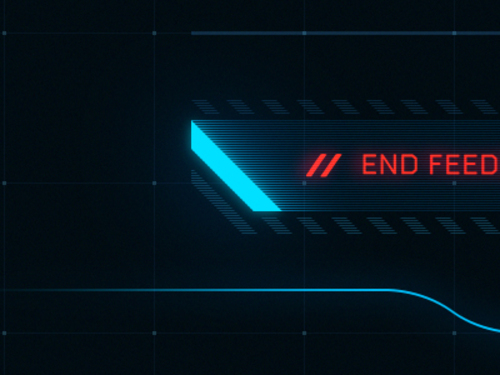 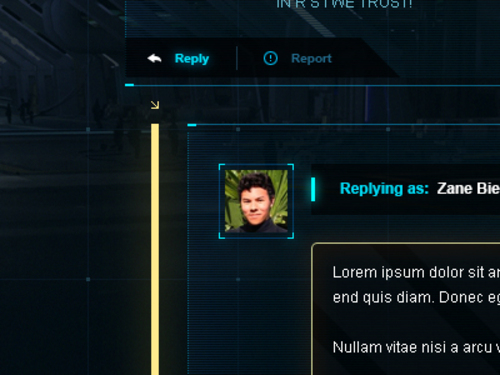 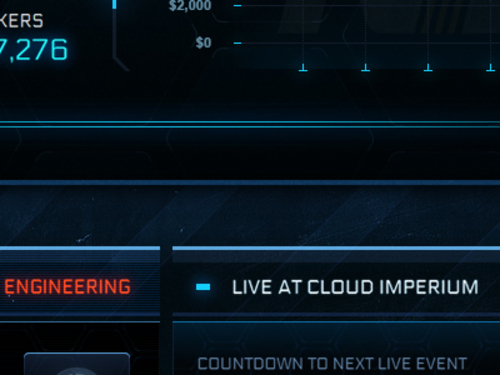