This week, meet our Lead Designer, Rob Irving! Rob has a long history with space games, MMO’s and Chris Roberts’ Wing Commander series… so he’s the perfect choice for putting Star Citizen’s game design together! Be sure and tune in to Wingman’s Hangar this Friday to hear more from Rob!


How did you get started in the game industry?

I spent a whole lot of my time playing with computers – playing games, in particular – and with paper gaming. When I was almost through with college (with a degree in English and a minor in aerospace engineering), I suddenly realized that I had no idea what I was going to do with my life. Then I heard from a friend that Origin was hiring a TDA position (designers didn’t exist yet) for Ultima. So I went in and dumped a giant pile of my writing and game work on Richard Garriott’s desk. I was all ready to leave college (a conversation with my parents that I was NOT looking forward to) if I got the job. I didn’t. The day after my last final, however, I got a call from a gentleman by the name of Chris Roberts asking if I would like to come on board his Strike Commander project. And so a game career was born.
What projects have you worked on? Have you worked with Chris Roberts before?

I worked on a mountain of projects in my 15 years in games, starting with Strike Commander and Pacific Strike. Then I got called in to help with Wing 3’s ground missions, since I knew how to use the mission layout tool. That led to a job on Wing 3 3DO, where I think I did a little of every type of work that you can do in games, even breaking down models from Wing 3 to lower-poly versions for W33DO. I was working on a game called Prowler with Billy Cain when the Wing 4 team realized that I was now the only person left who knew how to use the Strike mission builder, so I got pulled in to help with those ground missions, too. Then I lead up the design on Wing Commander: Prophecy. After that, I did the Jane’s Combat Simulations Longbow game and its mission disk, worked for some time on the Privateer/Wing Commander Online game design (never came to fruition) and then did some time on the Ultima Online live team. From there, I went on to producer jobs at 3DO Austin, Universal (L.A.), and Sierra in Seattle, where I produced SWAT 4. After Sierra shut down, I packed myself up and came back to Austin to work with Eric at Gizmondo, producing Johnny Whatever. After they shut down, I took a 7-year sabbatical and got a “grown up” job as a programmer at a timesheet software company.
What will you be doing for Cloud Imperium?

I’m the lead designer, which really boils down to taking the vision from Chris’ head and making it into realized, extensible game systems. Once we have the basics figured out, we’ll get started building the hundreds of assets that we’ll need to bring Star Citizen and Squadron 42 to life.
What are you most excited to see in Star Citizen/Squadron 42?

Back when I was working on Privateer Online, we had some big plans for the most amazing multiplayer space combat sim ever. But at the time, I think that our plans were too aggressive to bring to life. Now, we get to build something like that – only bigger! I’m thrilled that we’ll be able to bring a massive, living universe to life in Star Citizen.
What are you playing right now?

I like to go back to older games, particularly when they’re cheap! So I’m playing Fallout 3 right now, along with Halo 4. I’m also shamelessly addicted to the Lego games, so I just picked up Lego Lord of the Rings. (Another long-standing love in my life.) I’m also looking into World of Tanks, and I may even take a crack at Eve Online, if I actually can find enough spare time. 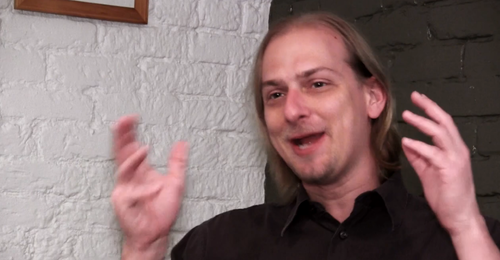 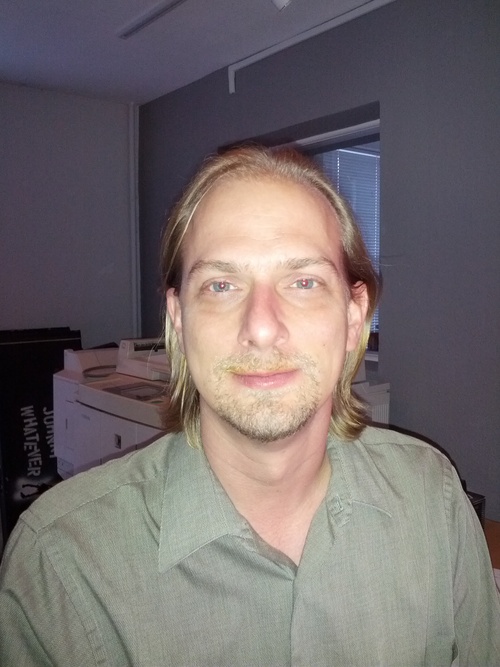