One Currency to Unite Them
Shortly after the creation of the United Planets of Earth, Humanity’s expansion into the galaxy was increasing at an exponential rate. Terraforming technology became more accessible and new outfits began to spring up, sparking a planet rush for new terrain. It was this rapid expansion and colonization that created the first real hurdle for the newly-formed UPE. Various and competing forms of currencies had begun to appear on the various planets, challenging the Cash Transaction Records, or CTRs, the UPE’s official currency at the time.

In Spring 2528, High Secretary Livia Fenner assembled a commission of economists, financial consultants and OMB officials to explore possible solutions. This commission spent the next few months testing the economic feasibility of a government that supports multiple currencies. They ultimately decided that the entire currency system required a complete overhaul. Local governments would have to be forbidden from minting their own methods of exchange, so that the UPE could bring all the various planets under one consistent and unified form of currency.

It was in these meetings that the United Earth Credit was born. After the announcement of this unified currency, the first course of action was to create an entity that would act as the hub for handling the new currency. The UPE brought in experts from the various financial markets to ultimately form the Central Core Bank to create and administer the monetary policy, to conduct foreign exchange operations and monitor the banking sector. Most importantly, the Central Core Bank would maintain reserves to provide the financial backing that could honor the Credit attached to each UEC.

Initial response to the UEC was tepid at best, incendiary at worst. The 12th Expeditionary Forces had to be deployed to Cestulus in the Davien system to quell riots that broke out over protests sparked by fears of an imminent economic collapse. The ‘Siege of Jata’ lasted two weeks, resulting in hundreds of injuries and the deaths of two soldiers, before order was restored.

The UEC didn’t officially take over as the official currency for another four years. High Secretary Fenner and the rest of the commission went to great lengths to accommodate the various planets who had been sustaining their own currency for decades. This process even attracted the attention of the Banu Protectorate, who had been looking for a solution to the competing currencies of their own independent planet-governments.

After Ivar Messer’s ascension to power, he wasted no time in appropriating the resources of the Central Core Bank and turning it into his personal vault. With the finances of the newly titled United Empire of Earth at his disposal, the new Imperator was able to cement his power base and eliminate any opposition through financial attrition or infusing their rivals with enough credits to vanquish them.

Imperator Galor Messer IX conceived the idea of renaming UECs or Credits as ‘Imperials,’ a designation still in use today despite its dark origin.

So on this day, August 20th 2528 SET, the long and tumultuous life of the United Earth Credit, UEC, Credit or Imperial began. The modern UEC remains one of the shining beacons of human economic stability. 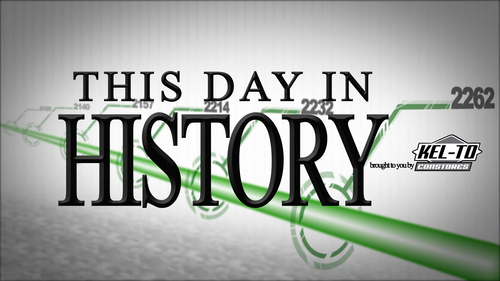