Narrative
The Narrative Team delivered a wave of new lore to the RSI website. On the Imperator election front, a new interview with candidate Mira Ngo aired on financial news show Kaizen and dozens of new Galactapedia articles were added, including one on the famed Phiyi Tower). on Charon III. The team also hosted a talk for new employees to give them a solid foundational understanding of the story so far.
They also continued to support the ongoing development of Orison, with additional layers of detail being added as work progresses. For Alpha 3.11, new mission contract text, journal entries, and item names and descriptions were handed off to design, along with writeups on a few expanded laws.
With the bartender having received so many recent improvements, the team looked at possible improvements that will hopefully make their way to other shopkeepers and vendors in upcoming releases.
Effort was also spent further fleshing out the narrative timeline mentioned in last month’s report, including plans for expanded mission content for future releases. Finally, the latest round of bugs that made their way to the team via the Issue Council after the release of 3.10 were addressed.
Player Relations
Player Relations spent most of the month supporting and investigating legacy Alpha 3.9 and 3.10 issues, including isolating, identifying, and working with other teams to resolve a variety of persistence bugs. This resulted in 93,000 ships being returned to player accounts. Support for this work will continue throughout the year.
Props
Work continued on the cargo deck props, with consoles and material work completed for various heavy machinery. A pass was completed on the larger cargo containers, adding more branding and creating a less-demanding background dressing set for the Environment Team. A new set of screens was created to support the conversion to Building Block elevator screens, which will replace the old manual buttons.
A set of new volatile cargo assets was kicked off too. Each of the three types requires unique visuals to reinforce their gameplay along with cargo cage assets to help bed them into their surroundings. Props also supported the new push/pull feature work being developed by the Actor Feature Team, which involved the conversion and technical setup of some existing trolley props.

QA
QA focused on numerous QATRs, including a proto head change request that affected how AI were procedurally generated and required the team to check all NPCs in the game. An animation loader QATR meant they had to load into every area and multiple editor levels to ensure objects with moving parts worked as they did before. A SOCS update QATR required the team to load into all the areas to ensure nothing was broken and there were no performance drops.
They also continued to create test maps for the Locations Team to learn about the setups and further test the systems used. The Tools Team were also supported with the testing of DataForge, StarWords, ExcelCore, and the sandbox editor.
Turbulent
Turbulent’s Game Services Team delivered a new iteration of the CigTrace visualizer that enables game masters to easily visualize and compare player movement for given periods. A full rework of how in-game notifications are managed is currently in progress. The notification service has reached its first milestone, which enables other teams to start integrating new notification processes.
Significant effort was invested in building a new backend architecture to facilitate high player concurrency on game servers. The team has been setting up the first steps to enable the onboarding of more developers onto the project. Turbulent’s Web Platform Team also supported the recent initiatives for the Greycat ROC and Esperia Talon pages.


User Interface (UI)
Most ‘visual’ teams have embedded UI artists, all of who have been working on a variety of upcoming features. For the Actor Feature Team, the artists polished the Personal Inner Though system and external inventory, both of which will be used in the PU and SQ42. New concepts for holo-tech were devised for the Vehicle Feature Team, while adverts and branding for the cargo deck were created for the Environment Team.
Feature-wise, the UI Team created new designs for the reworked starmap.“While it shouldn’t be expected any time soon, we know that it’s a piece of core functionality that you all use regularly, so we want to improve the experience of doing so.” – The UI Team
They also began looking at the various fonts used throughout the game with the goal of unifying and updating them.
The UI Tech Team worked on ‘canvas-slicing’ tech, which will give other teams more freedom to add 2D UI to 3D spaces (via Building Blocks). They also began looking into refactoring the color system. The aim is to aid developers by making it easier to adjust colors across various parts of the UI using a stylesheet rather than adjusting RGB values in each element. It will also allow vector gradients to be used in UI.
VFX
Last month, the VFX Team progressed with the refinery location effects, including improvements to the molten metal pouring from large containers in the background, which were in pre-production last month. They also made capital ship improvements, specifically the way gradual damage reads across the hull.
Work continued on the fire hazard propagation prototype, this time focusing on networking to make sure it adequately syncs between the client and server. Further concepts were created for shields, including the visual read of impacts to show players the health of the shield, and improvements were made to quantum travel VFX.
WE’LL SEE YOU NEXT MONTH… 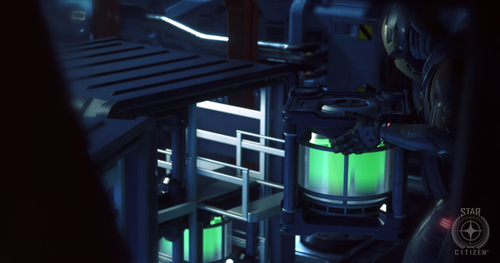 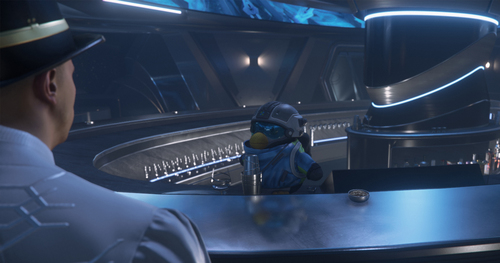 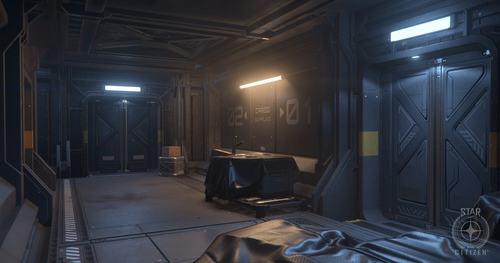 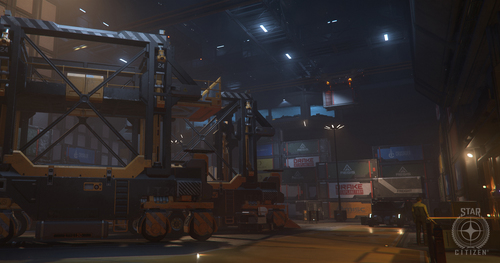 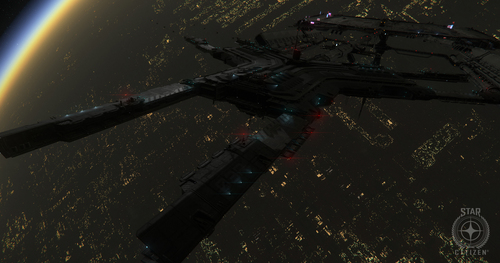 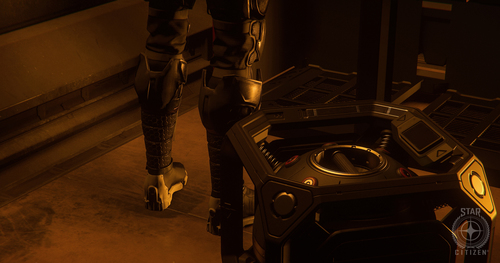 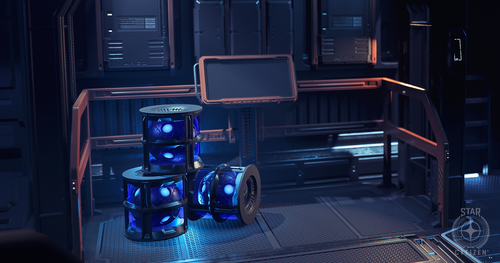 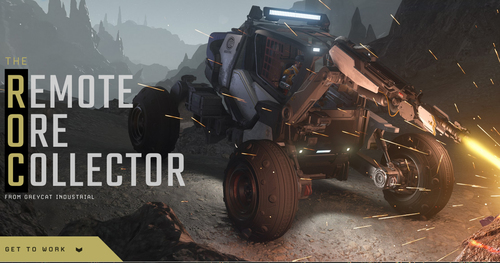 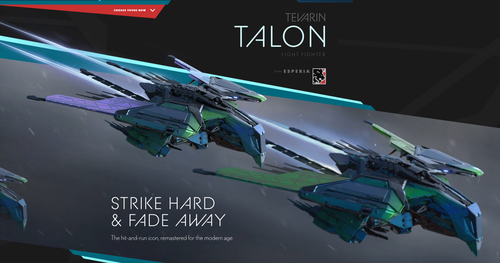