Every ten years, the Citizens of the United Empire of Earth come together to elect the next Imperator. Security, economic development, military spending, alien affairs, general ethical and moral views of society will be heavily influenced by the Imperator and their plans for Humanity.
The results of this election will influence how our developers shape the Empire in years to come and how you as players will experience the ’verse. Do xeno-relations improve or worsen? Will the economy grow or are there trouble times ahead? Many different paths lie before us, and we at CIG are ready to take the next step in open game-development and ask you, the Star Citizen Community, to decide which direction the UEE will go.
On October 10th, you will have a chance to decide how the lore of Star Citizen will evolve. Choose your candidate carefully and help us shape the ‘verse!
If you fulfill your civic duty and vote, we will reward you with a Spectrum badge, showing off your chosen candidate so you can easily support them.
Keep in mind, there’s only one Imperator’s Election in ten years, and this is your only chance to earn this exclusive reward by participating in the 2950 election.
Table of contents:

“Charting our path through the stars doesn’t involve destiny, only determination.”
- Pali Laumet
Every decade the UEE holds a special election to select the next Imperator. The Imperator serves a single ten-year term as the head of the UEE government where they oversee all branches of government, act as a diplomatic figurehead, sign or veto laws passed by the Senate, and more.

The Imperator election is similar to the Senatorial election as only Citizens have the honor of voting. The year-long election process begins the previous October with any UEE resident allowed to enter the primary. In January, a Primary Vote whittles the candidate field down to ten, and a Secondary Vote in April further reduces the number of candidates to five. The final five then have until October to convince Citizens to vote for them during the two-week long Final Vote which begins on Citizen’s Day (October 10th).

The 2950 Imperator election features an exciting field of candidates from both the public and private sectors. Candidates have solidified their core campaign promises and shared with voters what their first act as Imperator would be if elected. With polls tightening, it’s anyone’s guess who will be elected next to chart the course for the empire for the next decade.

● Only Citizens can vote for Imperator.
● Each Citizen can cast one (1) vote for the Final Vote occurring between October 10th & October 24th, 2950.
● Candidates listed alphabetically by last name.

First Act: Loosen the current restrictions on AI research to allow for the exploration of new ideas and innovations that would benefit the entire Empire.

Personal Statement: I’ll never forget the first Xi’an ship I saw. Its form was familiar, but strange; its presence beautiful, but menacing. As a little girl standing awestruck at a spaceport on Oya III, the xeno-craft made me feel uneasy yet excited. Fascinated, I studied all I could about Xi’an ships and came to appreciate that beneath the obvious differences there were many more similarities to be found. This realization inspired my lifelong belief that studying and learning are vital steps towards empathy and understanding.
My discussions with people across the Empire have revealed a similar mixture of excitement and apprehension about our current state of affairs. I can not deny that we currently face monumental challenges, from a horrific war against a merciless enemy to vast economic inequality, yet thanks to my experience as a researcher and scientist, I refuse to let fear dictate my future and choose instead to focus on the promise before us.
I believe the ills of the Empire can be addressed through education and innovation. I will fight to reshape the UEE central government into an institution that improves the lives of its constituents by cultivating knowledge and inspiring change. A new Empire awaits us, if we’re brave enough to create it.
Dean of Applied Science at Mentor University, Education Advocate
Political Affiliation: Independent
Endorsements: Educators United, Institute for Interspecies Peace, UEE Science Society
First Act: I would bolster the economy by eliminating onerous regulations that slow the flow of inter-system trade, and will use the additional tax revenue generated by this economic uptick to increase defense spending.

Personal Statement: I am running to become Imperator because I believe that I have the experience necessary to lead the UEE into its most prosperous decade ever. Years of success in the private sector taught me that managing a massive, system-spanning operation requires not only ambition and imagination, but fiscal responsibility and a strong support team made up of innovative thinkers who will challenge and drive you. Know that it is not out of some misguided sense of legacy or birthright that I seek this position, but rather because I am convinced that the Empire’s best days lie ahead of us, and that under my forward-thinking leadership together we can put the UEE on a path towards peace and prosperity. Will you join me?
CEO Esrua Industries
Political Affiliation: Universal Party
Endorsements: Business Economic Trust, Merchant Guild, Intersystem Haulers United
First Act: Paul’s goal of expanding economic prosperity for all begins with a thorough reevaluation of the Fair Chance Act. For far too long, ridiculous restrictions have prohibited people from extracting resources from locations that lack life or utilizing cutting-edge technology that can harvest resources with minimal disturbance to the developing lifeforms.


Core Campaign Promises: Empower individuals to prosper by reducing taxes and regulations, including loosening certain weapon restrictions and reworking the Fair Chance Act for the modern era. Low level criminals would receive monetary penalties instead of prison so they have a chance to become a positive influence in society.

Personal Statement: Paul LeSalle has dedicated his life to public service and improving the UEE for all. He believes that the government’s primary role is to protect individual liberties so people can prosper. For decades, he’s pursued and defended these policies in several political arenas. He’s had the honor of representing the great system of Goss in the Senate where he advocated for a fairer tax system and created an incentive system for companies to provide employment to struggling planets. For the past eight years, he also proudly served as Centralist Party chairman, unifying the party back to their core ideology and leading them to important election victories across the Empire.
Paul has worked with and against the expansive government system and is now prepared to steer Humanity in an exciting new direction. One that protects the people from external threats while still fostering the freedom to pursue their dreams. Paul has spent his life preparing for this moment, and is ready, willing, and able to enact bold ideas that will build a government that works for the people.
Politician, Former Chair of Centralist Party
Political Affiliation: Centralist Party
Endorsements: Centralist Party, Federation of Interstellar Businesses, Wakana Society
First Act: My first action would be to declare Terra the new capital of the UEE, and began the process of moving governmental institutions into the system.


Core Campaign Promises: Move the UEE capital to Terra as a symbol of our focus on the future. She would also outlaw terraforming, expand the Common Laws to provide more protection to Citizens and civilians, and require government agencies hire more Tevarin so they have a say in the empire’s future.

Personal Statement: On April 30, 2793, my grandmother stepped onto the UEE Senate floor and cast a historic vote for the Governance Modernization Act (GMA), which fell three votes short of moving the Empire’s capital from Earth to Terra. That hope of reshaping our government to be able to harness the full breadth of our potential has never died. Almost 150 years later, I am running to be Imperator so that this dream of a reimagined Empire with Terra at its center will become a reality.
I have dedicated my life to public service, becoming the youngest person ever elected to the UEE Senate. This immense honor was only possible because as Senators my grandmother and father were beloved and trusted advocates for a more open and progressive Empire. Today, I proudly carry that mantle and have a vast voting record to back up my beliefs.
I believe this Empire desperately needs new ideas and new perspectives to create a better future for all. We need to show that Humanity has truly taken a step forward and is making an effort to own our own future. Making Terra the Empire’s new capital will signal such a shift and inspire innovative solutions to problems continually plaguing us. Together, let’s create a government that respects our past, but remains firmly focused on the future.
Now is your chance to make a historic vote to realize the ultimate dream of bringing the UEE capital to Terra. Support me in the next great social revolution and usher in a new era of growth and innovation for our Empire.
Let’s build a better future for us all, and bring progress to the people!
UEE Senator representing Terra
Political Affiliation: Transitionalist Party
Endorsements: Transitionalist Party, Future Frontier Foundation, Diplomats for Lasting Peace
First Act: Illyana will fast track one infrastructure project in each system. This will provide long overdue public works improvements, create employment opportunities, and increased economic activity across the UEE.


Core Campaign Promises: Increase infrastructure spending to create jobs and improve the backbone of the empire. Freeze Synthworld funding to evaluate its current potential. Promote ‘Active Engagement’ that requires those seeking assistance help the empire in other ways, like volunteering, to receive aid.

Personal Statement: High-Secretary Illyana Sharrad has devoted her life to improving the Empire. For the past eight years, she’s had the honor of serving Imperator Costigan as High-Secretary and overseen trillions of credits in infrastructure improvements across the UEE. Before her transition into public service, Illyana protected taxpayers in the private sector by exposing a massive corruption scheme centered around bids for public works projects.
Illyana is running to be the next Imperator because not only is she the best bridge between the current administration and an exciting new future, but she has the experience and skills to manage the Empire’s complex bureaucracy and lead it in bold new directions. She’ll let the generals continue their successful campaign against the Vanduul, rebuild crumbling infrastructure across the Empire, and create new programs that incentivize civic engagement.
Illyana wants to build bridges, not tear them down – because hands-on experience has taught her that the UEE’s major problems can only be solved when the people of the Empire come together.
Current High-Secretary
Political Affiliation: Universal Party
Endorsements: Universal Party, United Public Servants, Civic Engagement Society

Have you found your candidate and support their first official act and their core campaign promises?

Then now is the time to choose and influence the development of Star Citizen.

The election runs from October 10 to October 24, and we will announce the result and unveil the new Imperator of the United Empire of Earth on November 1st.

CAST YOUR VOTE NOW *Only current backers are eligible to vote. Would you like to read more about the candidates or learn how the primaries went and what incidents and scandals occurred? Here you can find all lore articles about this year’s election.


Feel free to join the Imperator Election 2950 Spectrum thread and to champion your candidate. 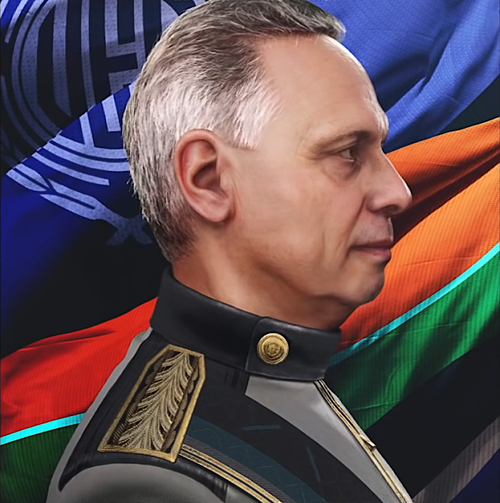 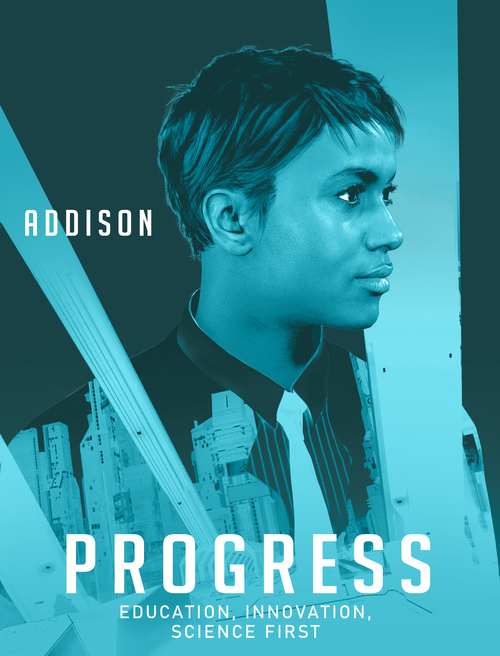 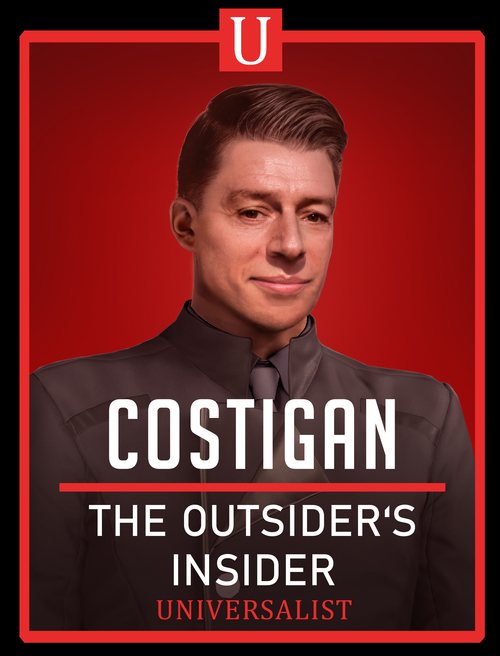 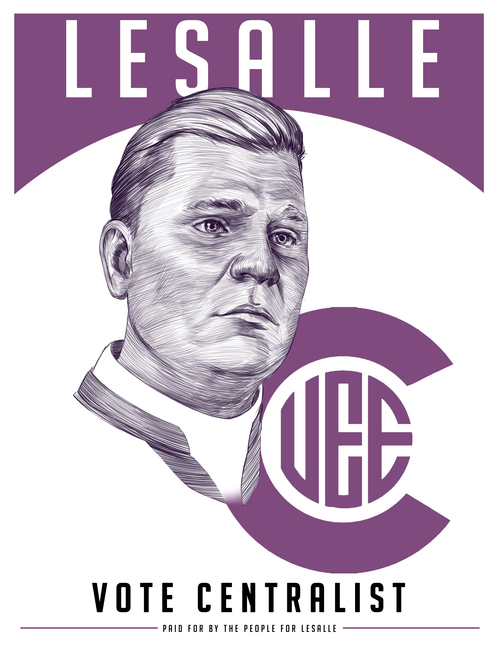 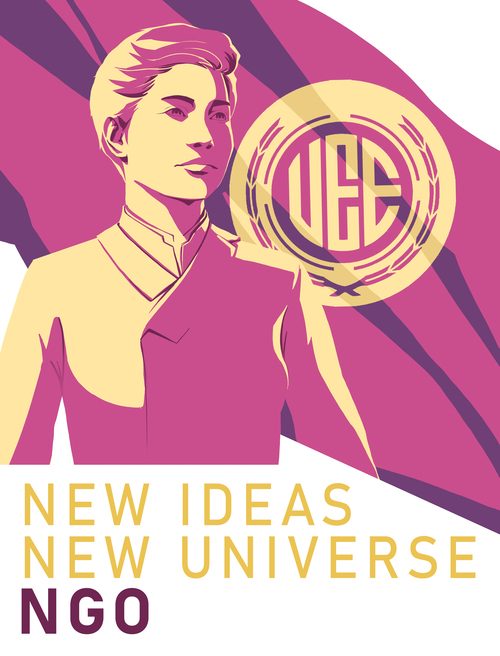 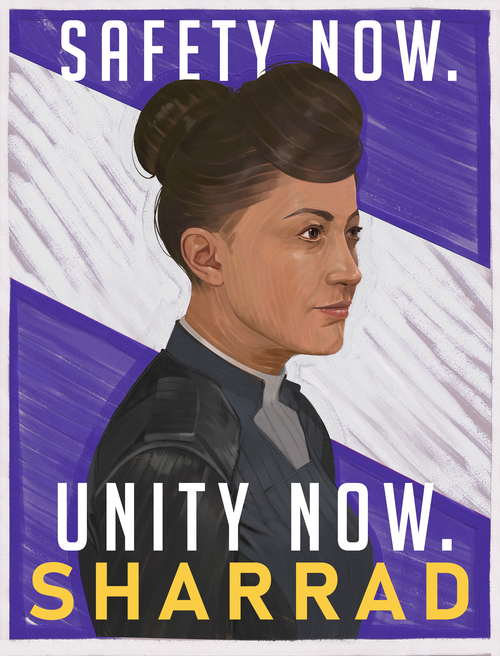 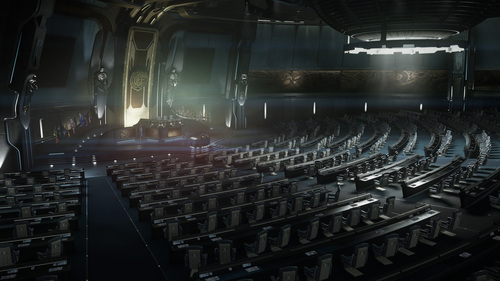