Following the release of Alpha 3.13 and the upcoming Invictus Launch Week, April’s PU Monthly Report touches on both work players can experience now and in the next few weeks. As usual, there were plenty of longer-term tasks undertaken and completed throughout the month too, with interesting updates on Orison, upcoming ships, and server meshing in the following report. Enjoy!


April was an exciting month for Planet Content:
“Crusader is looking great and the positive reception from the community on the screenshots we shared boosted the team’s motivation!” -The Planet Content Team
The artists also explored new types of heightmaps for the Pyro system that can generate steep canyons. Work is still ongoing, with the team making additional polish passes over the next few months.
They also looked further ahead to Nyx. Though the system’s planets are still in the early stages of development, new asset packs were blocked out based on the location’s art direction. The next stage is to move the assets towards the final-art stage and begin creating planetary surfaces.
Art (Ships)
The US-based Vehicle Content Team (and other supporting teams) worked hard to complete the release-prep phase for the Tumbril Nova and the last major review. Treads, movement, and gameplay feel were the focus.
“We are now into a proper QA testing cycle and are working on making sure the polished vehicle and experience are going to make players happy. The Nova Tank has been a concerted effort by all and we are proud of everyone’s contributions and are excited to see it go live.” -The Vehicle Content Team
Progress was also made on the RSI Constellation Taurus. Last month saw the ship move through the release-prep stage, with a focus on finishing the complicated LODS. Whitebox was also completed for a highly anticipated ship due for release later in the year. Support was also given to Alpha 3.13.
Alongside other work, Tech Art addressed bugs for the recent patch release, including docking, SDF shields, elevators, ramps, and operator seats.
Art (Weapons)
The Weapons Team continued to move the standalone Greycat tools through the pipeline, with the tractor beam going into final art and the salvage tool going through whitebox. They also iterated on medical tools alongside the UI Design teams, who progressed with wider feature work. Focus was also given to bug fixing for Alpha 3.13.
For ship weapons, a handful of bespoke weapons were developed for some ships featured in an upcoming event.
“We can’t say much more at this point, but a number of bespoke weapons have been given some love to make them sit better with the ship in question.” -The Weapons Team
Audio
The Audio Team onboarded two junior sound designers and one junior technical sound designer to meet the development requirements of Star Citizen and Squadron 42.
For Alpha 3.13, they completed an ambiance pass on the new cave interiors to embed them into their planetary locations and completed all unique audio for the Greycat ROC-DS’ locomotion and moving parts. They also supported the new ship-to-ship docking feature, designing and shaping the audio experience for the gameplay loop, including the UI and docking/undocking sequences.
Tasks were also completed for Invictus Launch Week, including an ambiance pass for the new expo halls with SFX, dialogue, and music.
Audio tasks were completed for Alpha 3.14, with the team focusing on Orison.
“Expect new and interesting ambient sound design and brand-new music from Pedro Camacho for this location. With this landing zone being the first cloud-based city, there are certainly interesting challenges and opportunities to engage with!” -The Audio Team
Community
The Community Team started April announcing the Origin 404 that coincided with the UEE holiday Triggerfish.


Live Content
Live Content’s April saw them revisit cave missions, improving the AI patrol paths, adding harvestables and mineables, and making a general bug sweep (with close attention paid to the AI).
They looked at some of the existing Caterpillar derelicts and added additional variations to give a more claustrophobic feel and to introduce the use of tractor beams and trolleys. The longer-distance quantum-sensitive delivery missions were revisited too, with balance tweaks made to the rewards.
Once complete, the team largely turned to paper design and prototyping for future releases, with a focus on the comm array missions to help improve and expand PvP gameplay. This involved working on the aforementioned spawn closets in the underground facilities as a proof of concept for the new tech coming online this quarter.
Narrative
Following the release of Alpha 3.13 last month, the Narrative Team turned their focus to the next patch and finalizing content for Invictus Launch Week, which included a voice-over session. Orison received new audio, set dressing documents, and navigational sign text, while set dressing documentation was completed for the new hospital locations.
Following the release of the Delphi reputation app, the team had several meetings to discuss the expansion of the reputation system and how to make the player’s experience of working with various organizations and contacts more robust and nuanced. They also coordinated with Design on scripts for an upcoming dynamic event and worked on the usual slate of new items requiring naming and descriptions.
April also saw a wide range of narrative content, including Jump Point magazine for subscribers, new Galactapedia entries, the latest Mining Rocks newsletter from Shubin, the first installment of A Gift for Baba (the story from which Crusader’s moons got their names), and brand-new feature Loremakers: Community Questions, where the Narrative Team provide sought after answers to questions pulled from the Ask A Dev section of the forums.
Player Relations
Player Relations finalized their recruiting efforts to support the growing needs of the service and backer base, including a remote training program to better onboard new team members. They also announced the launch of the Issue Council 2.0, which improves the team’s ability to track, triage, and fix bugs throughout the game.
Props
Last month, the team continued with props for the colonialism outposts, which involved working closely with the Modular Locations Team to ensure they’re cohesive and fit the homestead feel.

Props polish for Orison was started, most notably on materials for the whale statue “hero-asset.”
Concept props were created for the hospitals alongside the Montreal-based Locations Team, including a wheelchair, walker, IV stand, and packaging assets for medical goods. They also progressed with the medical bed and gurney, which are nearing completion. The new hospital bed template was rolled out so that hospital beds in ships can use the new gameplay too. Finally, Props helped AI Content produce new usable templates for shops.

QA
On the publishing side, QA supported the launch of Alpha 3.13 alongside an incremental patch to fix a few player-feedback issues. They then set up and prepared testing strategies for Alpha 3.13.1 and beyond.
QA’s primary development focus was on testing Invictus Launch Week along with another event coming later in the year. Preliminary testing began on Alpha 3.14 features and content along with performance captures.
The Texas-based QA Team was also restructured to enable them to focus on more specific aspects of the game, like ships, careers, locations, missions, events. This allows testers on each team to have more knowledge in a given area and better test specific features and content.
Systemic Services & Tools
April saw the Systemic Services & Tools Team wrap up the latest version of the economy and AI simulation tools that control the wider game economy. Improvements were also added to make recording and presentation easier.
For services, work progressed on prepping the Super pCache for the next release. The prototyping of new services, including one for celestial body positioning and one for the accurate tracking of important NPCs, were also completed. They also completed service work to pass ship names between the DGS and platform, though they’re still investigating edge cases as time permits.
Finally for SST, work progressed on support for server meshing, with emphasis on object container hierarchy table seeding.
Tech Animation
Tech Animation began working on a new area of the facial pipeline that will convert photographs into full head geometry models. The process itself has been used for years, but this initiative sees the team automating as much as possible to enable the artists to focus on art rather than time-consuming technical processes. This involves utilizing several applications and streamlining all required data through them without user interaction.
The weapons authoring pipeline also received attention to assist its users and automate as much as possible. This will see Maya become more intelligent with how it handles engine files and enable a portion of the authoring and validation directly in its environment.
Turbulent
Collaborating with the Core Tech and Networking teams, Turbulent’s Game Services delivered the first iteration of the entity graph service. Many teams depending on this are now able to move forward. An entity graph tool was also created for testing and creating test scenarios.
New teammates were onboarded, who will be focusing on moving Hex to the next level. They started their roles performing maintenance and clearing out high-priority bugs and tasks.
Both teams completed a few support tasks for Alpha 3.13 and its incremental patches, but mostly continued tasks for Alpha 3.14.
The Web Team supported the various promotions that launched in April, including Alpha 3.13 and the Greycat ROC-DS.

UI
The UI Team worked on several elements throughout April that will help UI screens in future releases. They created a yellow, low-tech style to better match locations such as Lorville as well as a blue Crusader-style UI to use in its ships and on Orison itself. They also created small-yet-useful widgets such as foreground and background textures, manufacturer logos, and new buttons that will be used in an upcoming update to the door control UI. A tweak was also made to the transit screens so that they look and work in a similar way, though they will be able to have any UI style applied in the future.
Finally for UI, the developers gained the ability to add tooltips to screens and made bug fixes and optimizations for Alpha 3.13.
Vehicle Tech
Last month, the Vehicle Technical Team began tying down the radar and scanning system features and focused on testing functionality to ensure a clear and satisfying experience. In support of the Tumbril Nova, they worked to make it feel and look appropriately “tanky” by focusing on animation timing and wheel surface debris. A list of must-fix issues was addressed for Invictus Launch Week, with work continuing into May to ensure the event runs as smoothly as possible.
VFX
The VFX Team spent part of April making thruster effects more readable at distance. This work followed a similar pattern to last year’s weapon effects readability task, where they looked at the game holistically in team playtests to get a better understanding of what visual information players needs to improve their gameplay experience. In the case of thrusters, being able to see them from further distances is desirable, so various tweaks were made to the effects to make this possible, though the process is ongoing.
Some new firework effects were created to give the Design Team a larger library to choose from for various gameplay events, while further progress was made on large-scale destruction events, specifically testing out the pipeline from conception to the end result in-game. The Nova’s VFX were further polished too, including its cannon.
On the feature side, work continued on thruster wind volumes and the new effects for vehicle radar ping/blobs made progress.
WE’LL SEE YOU NEXT MONTH… 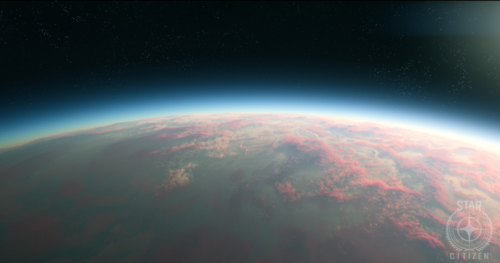 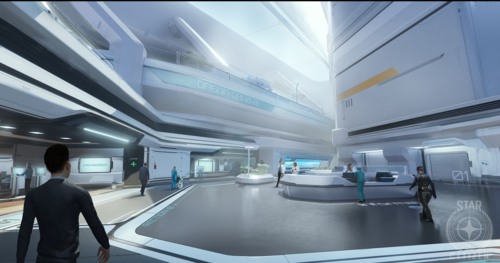 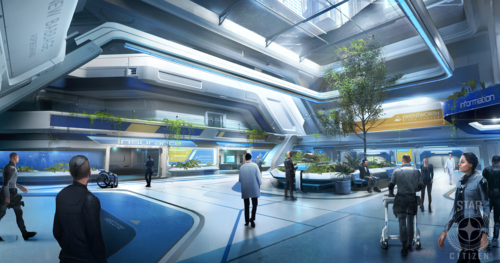 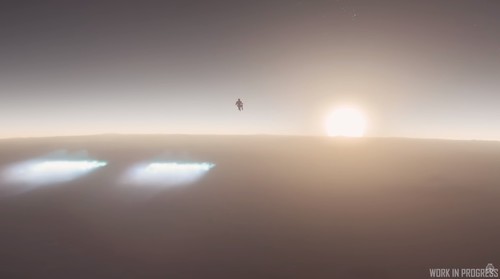 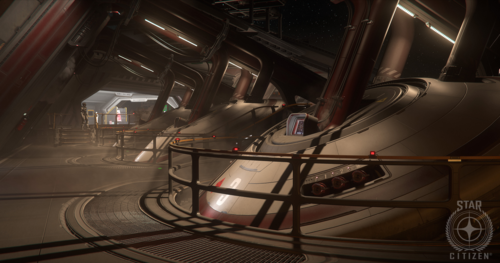 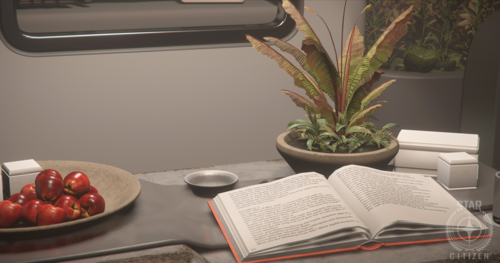 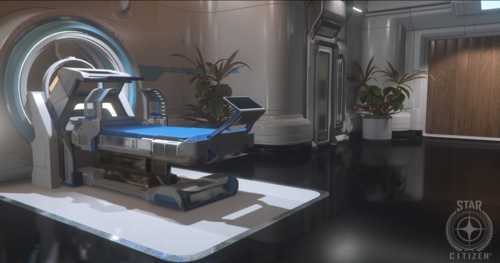 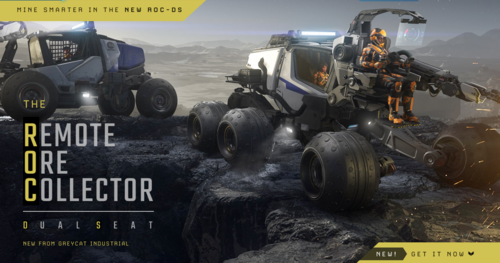