START TRANSMISSION:
Hi, thanks for joining another installment of Kaizen. I’m Aaron Schere, here to help you set a course for financial solvency. Sasha Bart is back with us today to talk about potential profits and pitfalls in the booming medical and insurance industry. But first, it’s time for a Market Breakdown.

Past performance is not indicative of future results. Neither Schere, Kaizen, nor Farnes Media Partners guarantees any specific outcome or profit. Before acting on information in this program, you should strongly consider seeking advice from your own financial or investment adviser.
Markets are already on the move thanks to the IAE rumor mill. With this year’s big event almost here, spectrum has been flooded with speculation and anonymous reports credited to “industry insiders.” A quick reminder that the duration of the IAE remains an extremely volatile time for aerospace industry stocks. Investors should proceed cautiously as history has proven time and again that information leaked before the expo is often incomplete or simply wrong. That said, the gains and losses are still very real.

RSI and Anvil have seen steady growth ahead of what many expect to be a strong showing from both manufacturers. Meanwhile, MISC’s stock price has fluctuated wildly after a highly coordinated outlaw attack on one of its transports sparked rumors that its presence at the expo might be affected. MISC has publicly denied these claims and insisted that everything it needs for the main expo in Kiel is already in-system. Some noted the company specified Kiel but made no mention of the satellite expo on microTech, leaving some to wonder if the omission was a mistake or intentional. Since the initial rumors, MISC’s stock price has stabilized after deal-seeking investors pounced on the falling price.

Next, insurance giant Olympus Principal continues to expand its footprint across the empire. The company recently completed a series of buyouts of smaller insurance companies, most with a presence only in a single system. These takeovers will not only expand the insurance giant’s client base, but also land it new locations in prime landing zones and rest stops across the empire. Investors were energized by the announcement and pushed Olympus Principal’s stock to a new all-time high.

Here with us today to discuss the current state of the medical and insurance industry is Sasha Bart, who’s a senior economic correspondent for the New United and a frequent guest on this show.

Sasha Bart: Always a pleasure.
Your latest series for the New United has focused on the medical and insurance sectors. The final installment that came out this week is the culmination of months spent delving into an ever-expanding and shifting financial landscape. It’s a wonderful series and I highly encourage everyone to read it regardless of whether you’re looking to invest.

Sasha Bart: Appreciate the kind words.
Your most recent article profiled a handful of businesses and identified several potential booms and busts in both sectors. Before we drill down into the details, let’s talk about the sector as a whole. Obviously, regen tech has had a profound effect on it.

Sasha Bart: Seismic. Both on a macroeconomic scale and a more personal one. One of my favorite parts of this assignment was tracking down several actuaries who were working for insurance companies when news of regen tech broke. As their primary focus is around risk management, needless to say, they have some wild stories about that time.
I can only imagine.

Sasha Bart: Burnout became a serious issue, and many of them walked away from lucrative jobs. Insurance companies ran their actuaries ragged trying to figure out how to factor “regen” into their algorithms.
Didn’t one person you spoke to have to physically restrain a co-worker from jumping out the window?

Sasha Bart: In that one case, yes, but most reactions weren’t that extreme. Several were even celebratory. And all of them had a specific memory about seeing the new projections or sharing them with co-workers for the first time.
Celebratory? Seems a little presumptuous after an initial report.

Sasha Bart: Well, some saw the potential immediately. And that was before the UEE allocated trillions to help make regen tech widely available. That influx of credits combined with the public release of the Ibrahim Sphere blueprints so anyone could manufacture the tech sent the sector into QT.
Imperator Addison gets full credit for championing these measures, but several people you spoke with argued that it’s been too much, too fast.

Sasha Bart: One person compared it to turning an Idris. It can be done fast and reckless or slow and steady. She worked for a small insurance firm with only a few branches in Ellis that struggled to process all the claims pouring in. Their system is mostly automated but some cases still need Human vetting. It was her and like three other people drowning in a backlog of claims.
Weren’t some of those government credits allocated just for businesses that needed to hire more employees or upgrade critical infrastructure?

Sasha Bart: Yes, and those credits definitely helped. Several businesses on my list told me that they wouldn’t have been able to adjust to the new landscape without it. However, I discovered that in a lot of cases, particularly for small and medium sized insurance companies, buyout offers from giants like Olympus Principal were way more lucrative. Much less of a hassle too because, you know, they could just walk away with the credits instead of still running the business.
Consolidation isn’t only happening in the insurance sector it seems. You’ve reported that there are fewer cybernetic manufacturers today than before regen tech came online.

Sasha Bart: Yeah, early numbers showed a sizable jump in the demand for cybernetics due to people’s willingness to engage in riskier behavior. So larger manufacturers began bidding against each other to acquire smaller firms. Partially to limit competition, but mostly to gain access to their supply chain and manufacturing centers. They saw a surge in demand coming and were desperate to get ahead of it.
And despite these efforts there are still shortages of implants in some corners of the empire. Believe one person you spoke to described the task of keeping up with the demand as trying to catch a crashing wave with your arms.

Sasha Bart: Several issues arose from this wave of consolidation, including one major manufacturer using in-house software that didn’t work with the machines in several of the facilities they acquired. Those production lines were shut down for weeks until the software was patched. It’s also proven hard to ramp up the supply chain to meet the increased demand. Cybernetics aren’t simply raw materials. Depending on the part, they require refined materials and components, many of which other medical devices also use. So a lot of these cybernetic manufacturers can’t increase their production runs unless they’re willing to pay exorbitant prices for the right materials.
That seems to encapsulate this sector for many investors: potential for profit and so much risk. I’d like to shift now to your latest article highlighting several medical and insurance businesses that you believe will boom and several that will bust, but before we do that, we need to take a quick commercial break. Stay here for further insights from the New United’s Sasha Bart and more when Kaizen returns. 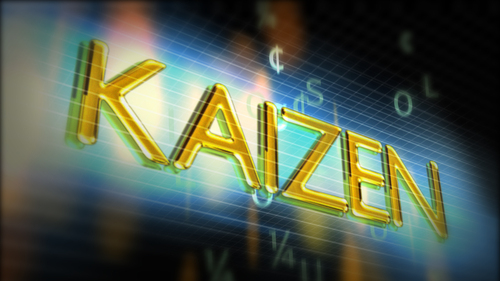