You’ve heard from him in customer service and you’ve seen him deliver the weather… but now Pete Mackay is a game designer! Pete will be visiting Wingman’s Hangar this week, where he’ll be talking about his fundraising for the Make-a-Wish foundation. If you’re interested, you can donate to help throw Cloud Imperium employees over the side of a building!

I’ve wanted to make games since the early 90s, but there wasn’t a lot of opportunity for a career in games in Salt Lake City (especially for someone who didn’t know the business end of a for loop!), so I ended up at a cool regional ISP called XMission. I was there for about 10 years when I decided a change of pace was in order. So I gave my notice, put my stuff in a truck and moved to Austin with nothing more than a place to crash when I arrived and a vague idea of how I was going to make it in a new city. Shortly afterward I got a job with a great studio called LightBox Interactive doing QA on a title called Starhawk in downtown Austin. A couple of years later I moved into the associate producer position and took up the mantle of Community Manager, which ultimately ended up in an offer to work for Chris at Cloud Imperium.


What will you be doing for Cloud Imperium?

I took a job doing customer service and community management here to get my foot in the door and was one of the first people hired. This ended up being a great opportunity as we didn’t have a lead designer yet and Chris needed some documentation for the ships systems. I asked if I could take a crack at it to which he replied ‘sure, but don’t take it personally if I don’t like it’. I guess he did because fast forward 6 months and I’m now on the design team full time. Currently I’m building out the ship parts, economy recipes and mining mechanics.


Are you familiar with Chris Roberts’ past games?

Oh yeah. I won’t say I’m the biggest Wing Commander 2 fan there is, but I feel like I would finish favorably in that contest. I spent my entire Christmas Day in 1991 reading a DOS manual to learn how to squeeze enough of that 640k out of my parents 386sx to get it to run. I played so much WC that I started a new character in WC 1 and carried him through to the end of the WC2 expansions, sending my wingmen home at the start of the mission so I could get 100% of the kills (including a particular Kilrathi cap ship in WC1 that had a blind spot that the mission designers didn’t expect the player to kill. I was bummed when I got no recognition for the feat during the debriefing). And I’ll admit it: when I was 14 I sent a letter to Origin asking them to hire me to make games. That didn’t really go according to plan.


What are you most excited to see in Star Citizen/Squadron 42?

I’m really excited to see all the ship designs start springing to life at the hands of our concept artists and 3d modelers. It fills me with glee every time we get a new round of art for review!


What are you playing right now?

I went back to Diablo 3 after a long hiatus and I’ve been eyeballing Etrian Odyssey 4 on the 3DS. I’ll probably pick that one up this weekend.


You’re about to rappel off the side of a building…
Austin Over the Edge is a fundraiser to help fund the really cool Make-A-Wish foundation. I’m trying to help them raise $1500 in donations, and for doing so they’re going to strap me in a harness and drop me off the side of a 32 story office building. I’ve raised just over $1000 so I’m pretty close largely to generous donations by the amazing Star Citizen community. I want to thank those people who have contributed so far! If you want to contribute you can help the foundation out here. 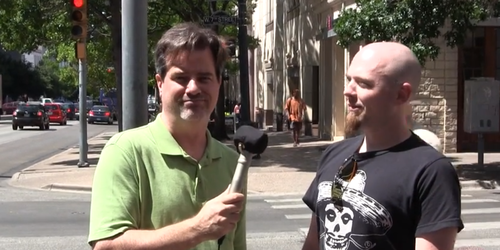 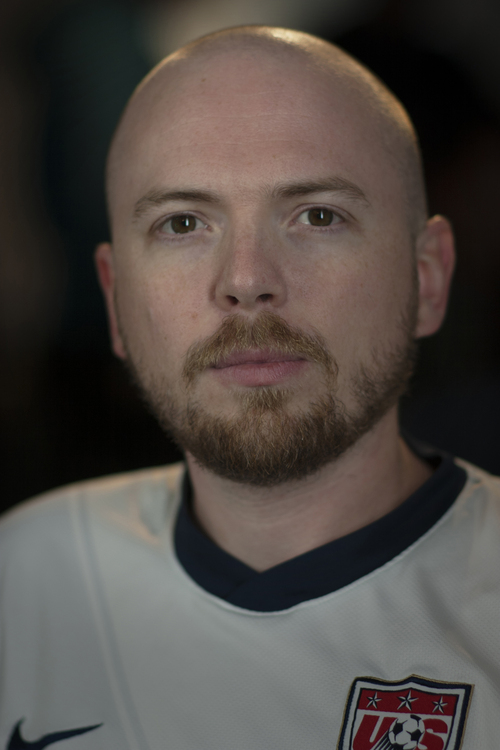