Greetings Citizens,
As Sandi announced on Around the Verse today, we’re in the process of designing the collector box art for Star Citizen! The artwork is being developed by Chris Olivia, and there will be four separate pieces which combine to form a larger image. Since early Hornet, Freelancer and Constellation packages included boxes, we’ve included those ships on three of the options… and now we’d like to let the community pick the fourth! You can see the early WIP version of the box here, with a 300i standing in for the fourth box. If you’d rather see a different ship, you can pick it from the list of already-revealed Star Citizen ship options below. Polls close at midnight Pacific time on Friday, February 27th and the winner will be announced on the following Around the Verse. 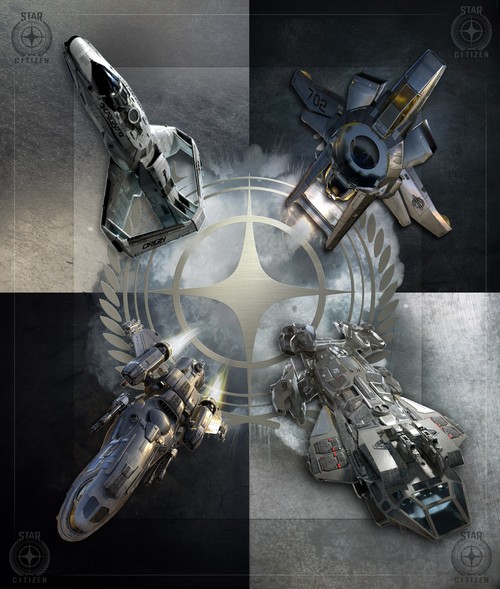