A Message from Chris Roberts

I hadn’t planned on writing another message so soon after launching this “underground” site, but because of the amazing outpouring of excitement and support I felt I couldn’t wait.

I am both humbled and excited to see so many people sign up with just the buzz from the various fan sites that spread virally.

As I write this the count of fellow space gamers stands at 6,897!

Pretty impressive when you consider this started from a few Freelancer fans discussing the fact that they wanted a sequel on Reddit and started wondering what I was up to. A few online searches later and some good sleuthing they stumbled across this site, when we had just happened to drop the wall to test some of the registration code. Seven fans signed up before we realized that the outside world was arriving before we were ready!

From that ripple came the tidal wave.

One of the reasons why I took this route as opposed to the more traditional one is that I have been constantly amazed by the enthusiasm and talent shown by all of you for my previous work. You have skinned other games to be in the Wing Commander universe, built detailed 3D models of what were much simpler ones back in the day, modded Freelancer to be able to do things we never considered, and extended its life much longer than anyone dreamed.

A key goal on my new game is to involve you all in the process early to help shape the world alongside myself. So please continue to participate in our Citizens Forums, Comm-Link and Polls!

In the meantime I need to get back to coding so you’ll have something cool to see next month :) 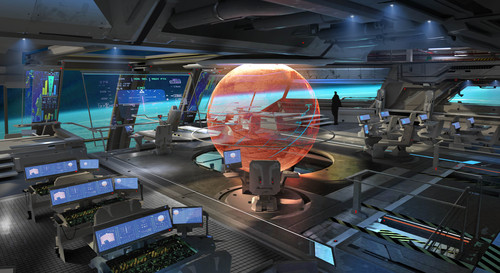