Blast from the Past: Strike Commander

In a letter included in the game’s manual, Chris Roberts famously called Strike Commander the “Apocalypse Now” of computer games. At the time, Strike Commander was far over budget and a year overdue. Getting the game out had been a Herculean task, taking far more blood, sweat and treasure than anyone had ever imagined. But what a game the finished product was! Strike Commander took the original Wing Commander’s promise that you were living a movie and turned it up to eleven.

The game used every trick in the book to allow the limited personal computers at the time to play a Hollywood-style blockbuster with you as the lead character. Patterned after the great military action movies of the 1980s, Strike Commander tells the story of mercenary jet fighter pilots living in the then-future year 2011. Players battled in the skies flying F-16s against other familiar modern aircraft. And the story was full of Hollywood hallmarks: a father figure to avenge, a beautiful seductress with a hidden agenda… and rendered cutscenes that strove for the proper atmosphere as much as they did high tech polish.

One of Strike Commander’s innovations was the inclusion of a ‘virtual cockpit’ where the player’s head and the environment could be controlled separately. You could adjust your view in any direction rather than just left, right, forward and backwards. The only problem was that while Strike Commander featured an unprecedented amount of detail in its graphics it was also a faithful F-16 simulator… which meant that most battles were fought with long range missiles and so the lush graphics representing the enemy planes often went overlooked!

Remember to submit your questions for Chris Roberts! 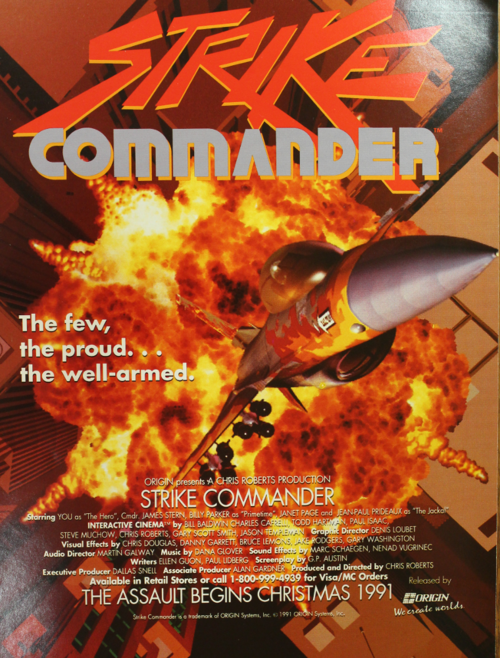 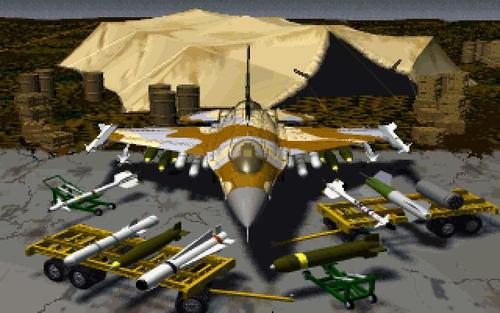