I stared at the kid trading under my name through the sights of two handguns. Fake-me shivered and blubbered but didn’t move otherwise. On the frisk, I found a cheap pistol that would probably explode before shoot right and an extendable baton in his boot. I tossed them in the river.

“Please, man, I didn’t-” His voice was weak, quivering. I punched him in the back of the neck. He dropped and curled into a ball. That’s when the real waterworks started. He thought he knew where this was headed but there were bigger things at play. That’s what I had to tell myself because I kept thinking of her and that was very bad for fake-me.

“Believe it or not, this is your lucky day.” I said, putting the gun in his face, “See, normally, gutless traffickers like you get what I call ‘the usual.’ Without going into detail, it’s a very drawn out, messy process that lasts days.”

He started babbling nonsense as his mind raced too fast to form words. I drew my blade. He shut up.

“And on top of that, you’ve been using my name so let’s just say, ‘the usual’ would be my launching place to deep dark places that even I’m scared of.”

He shut his eyes as his imagination went to work. I let him marinate for a second.

“But I want whoever’s running this ring. So think of it this way, the more data you drop, the less pain you’ll receive.”

I turned the gun to his hand and blasted off a finger. “That’s our baseline.”

He screamed and clutched his hand.

And spill he did. He gave up everyone. I got names of the Feelers sent out to hunt for potential victims along with the dirty cops and shipping agents paid to look the other way. I filed it all away. It was good to know but they were small-fry, I wanted big fish.

In between the sobs and babbles, Fake-me gave me one. Maybe the biggest one there is:

“Caro.” He whispered as if invoking the name would somehow summon the devil.

My stomach lurched down to my toes and slung back. Caro’s a ghost, one of those shadowy operators out there who nobody really works for but everybody knows. He (or she maybe) is untouchable, lethal, and the biggest trafficker around. This was huge. Terrifying too.

I pulled him to his feet and pressed the barrel in his face.

“You’ve seen him?” I hissed. He started to nod when a quick rip of gunfire cut through the heavy rain. Four rounds stitched Fake-me up the back before a final shot to the head punched him out for good.

I caught a glimpse of the shooter. Tall, military cut, deep laser-burn from his cheek to his ear. He aimed. I snapped my gun up and fired first. He disappeared as three of his friends popped up from cover; swinging their modded P4SC’s my way. I heard footsteps to my left. I guess someone was late to their flanking position.

I was running before the first shot popped off. First rule of being ambushed, get out of the ambush. Sounds obvious but you’d be surprised how many people dig in and try to fight back.

I raced through the narrow passages between parked ships. I heard footsteps around me, no voices though. Subdermal Comms? I probably shouldn’t have dumped all those guns I took off Fake-me and his thugs.

Bullets screamed past me from behind. I glanced back. One of the hitters was taking aim. I sent some rounds back at him. He casually shifted behind cover. Military shooting posture. Calm on the trigger. These were high-end hitters. This was not good.

I chipped at his cover with a series of shots before taking off. I hit a full sprint, trying to remember the layout of this park and my position. A rifle swung up in my face. Laser-Burn was on the happier side of the sights. I snatched the barrel and twisted before he squeezed the trigger. Shots blasted into the ground, the nearby ships, wherever my hand pushed the barrel. The skin on my hand started burning. I brought up my pistol and pumped rounds. Laser-Burn released his rifle to dodge my shots. He grabbed my wrist, punched my hand, and then smacked the gun out of my loosened grip.

He drew a combat blade. We needled back and forth for a bit, neither landed a serious cut. I could tell he was good, probably better than me. He moved with speed, precision and experience. Unfortunately, I didn’t have time to tangle with this guy. He wanted to delay me. Give his team time to close in.

I swung wide. He jumped back but I wasn’t aiming for him. I slashed some tubes on the ship-lift to my left. Hydraulic fluid started pouring out. The corner hissed then dipped. The ship slid off. Laser-burn dove out of the way before it crashed into the ground while I legged it.

I jumped the fence and hit the ground running. Two blocks away, there was the tide of pedestrian traffic. I merged with the flow. I moved for the next hour, using my whole bag of tricks to flush out any tails. When satisfied, I slipped into a small Kacho restaurant.

The old man and woman who ran the place bickered and yelled at each other the entire time. I tried to collect my thoughts. The situation was getting more and more interesting/dire by the second.

Out of the corner of my eye, SSN/CAtv was on mute, showing live coverage of the Citizens Day event downtown. Senator Hannigan was giving a speech, probably extolling the virtues of civilization and every Citizen doing their part or some such nonsense. The crowd ate it up with a spoon.

Hannigan started to make his way off stage. His entourage closed in around him. That’s when I saw it. I nearly dove over the counter to grab the remote. The old couple stopped bickering at each other to yell at me.

I reversed the broadcast and paused. A nanosecond before Hannigan disappears from sight, a man whispers to him. 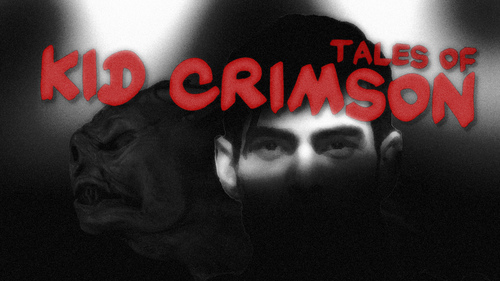