If you’ve ever wondered whether or not feedback from backers is really impacting Star Citizen, we have an example for you of just how seriously we look at your comments! Yesterday, we posted the initial base male character head for Star Citizen… and several users responded that the irses were too large.

Artist Mark Skelton read the comments thread first thing the next morning and realized that they were right, the irises needed to be smaller. We can’t make every change fans want, but this one made sense. By 9 AM, a revised version of the head with smaller irises had been completed and distributed to the rest of the team… which we now present for your further comments.

(Remember, this is just the base model upon which the customization system will be developed… so no worries if you have facial hair, brown eyes, big ears or anything else needed to make this basic man into ‘you’! Check back later in the week to see the whole body.) 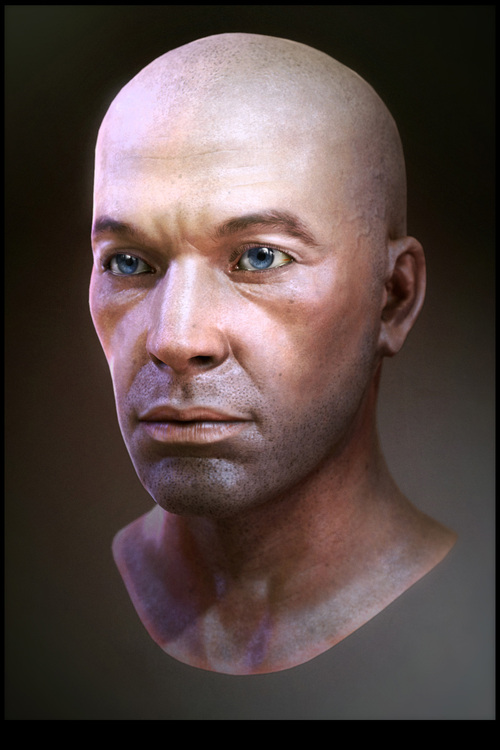