Hello and welcome to another edition of LORE BUILDER, where we work with the community to help flesh out the corners of the Star Citizen universe. If you are new, please check out the first issue for CAVEATS and BACKGROUND READING. I would also add a new condition to the list.
CAVEAT ADDENDUM
While it’s totally cool to suggest characters that may be ancestors or relatives of the character you want to play in Star Citizen, understand that any connection you establish in these fictions won’t directly apply to your character to any tangible effect. Using last week’s topic as an example, you probably shouldn’t say that your character is a nine-time Murray Cup winner and the best pilot in the universe, as it won’t confer any bonus/perk/reputation/UEC etc. to your character when the game goes live. In short, all characters are starting from the same place in the universe; create accordingly.

We were thrilled by the amazing (and vast) response to last week’s topic about racing. We’re going to postpone the basic presentation of SataBall to showcase some of the fun and outstanding characters you came up with:

Racing Savant
_(From Dutch
Of the many individuals that have won the coveted Murray Cup since its inception, few are surrounded with as much controversy, or have proved to be as inspirational, as Fabis Capaldi. Born with Rauk’s Syndrome, a rare form of autism believed to be associated with a species of Terra’s native flora, Fabis was reliant on round-the-clock care to help him perform even the most basic of day-to-day tasks. Despite his difficulty with the mundane, Fabis possessed a savant-like gift for mathematics, with a genius-level grasp of complex geometry. As well as math, Fabis’ other love was simulations, and to his family’s surprise, in the week leading up to his twenty-third birthday, Fabis was crowned the 2792 Terra-Net sim-racing champion.

Due to his condition he was legally prohibited from operating even a basic ground car, but the media frenzy that arose due to Fabis’ unusual situation soon saw him given the opportunity to fly a real spacecraft (under the strict supervision of an instructor in an empty volume of space). Fabis was observed to be able to compute complex geometrical vectors more effectively than the then-current standard of NavCom, and he cleared the course set for him in a time that remains unbeaten to this day. Jumping onto the media bandwagon, he was immediately offered the opportunity to race in the Murray Cup, sponsored by Primestar Racing, who saw in him the makings of a lucrative champion. This controversial arrangement was discussed and disputed in the media across the Empire for the following month, but once Fabis was given the thumbs-up by the racing safety commission, history was set to be made. Fabis took part in only one race (2798 SET) during his ‘career’ and won by a previously unthinkable 30 seconds in a ship that was deemed mediocre at best. The following year the Murray Racing Board introduced a rule that forbade anyone not in possession of a full pilot’s license from entering the competition, abruptly ending Fabis’ racing career. Fabis passed away in 2834, the first Grand Champion of Tera-Net sim championship wins, and still retains several sim-racing records to this day.


A Son’s Tribute
_(From CujoHyer

Maddox Holloway was born to a working class family that continuously struggled throughout his youth to stay afloat. His parents worked hard to put food on the table and keep Maddox and his three siblings happy. When his parents separated in his teens, Maddox chose to live primarily with his father, who had just gotten a job on an assembly line piecing together high tech space flight simulator pods. It was through this fortunate access to these space pods that the young Holloway cut his teeth on space avionics. He’d never flown an actual starship until a week before the Murray Cup race that he would come to eventually win. What put this particular space-ace into the record books however, was that Maddox was born with a condition that left him blind in the left eye and nearly completely blind in his right.

When asked what fueled his passion for the way he flew in that fateful race, Maddox replied simply with. “To make my father proud.” Sadly, however, his father had passed away a year before the race, but it was easy to see that that only empowered the young pilot even more. He was labeled a “mad man” to even fly the race, but after his Murray Cup victory, he became known as “Mad Holloway.”

Issigon Ado (born: 2514-11-10 SET died: 2559-09-21 SET) was a Banu racing pilot — and the first non-Human to compete in the Murray Cup. Ado was a four-time Murray Cup champion and has become one of racing’s most romanticized figures, due to his historic status as the first “alien” champion and the controversial circumstances of his death. Ado’s success as a racer paved the way for the cosmopolitan roster of the modern day Murray Cup, including Banu, Tevarin and Xi’An pilots. Born on Bacchus, Ado’s early career was in merchant shipping, specializing in imports of Human entertainment and cultural products. He became fascinated by the human sport of spacecraft racing, and in 2551 he founded Taerninar (from ‘Taernin’, the Banu patron deity of travellers) — a racing team and media company aimed at bringing the sport to a Banu audience.

Ado won his first Murray Cup in 2553 and retained the title for the next two championships. He was a media-savvy showman, popular with the crowd, and his Banu-designed ship stood out from the lineup of Human-manufactured spacecraft, dazzling the fans with its exotic design. Ado’s reign as champion also captured the imagination of his fellow Banu, driving up race viewership and merchandise sales, as well as attracting a wave of Banu sponsorship money into the sport. Ado would go on to achieve one further Cup win in 2558, prior to his death. On the final lap of the 2559 championship, Ado was leading the race when his starboard engine exploded, killing him instantly. An Earth-based extremist group, ‘Humans First,’ immediately claimed responsibility for the incident, saying they had sabotaged Ado’s ship as a strike against alien involvement in a Human competition. Their claim was eventually dismissed by authorities, after an official investigation concluded the explosion was an accident caused by a fault in the ship’s cooling systems. But to this day, many in the racing community, especially Banu fans, believe Ado was murdered. His story has become one of the Murray Cup’s most enduring legends, widely depicted in popular
culture — including the hit 2794 movie Traveler’s Road.


We were also surprised to see that not everyone was coming up with winners, but with fascinating characters who impacted the race in other ways:

Pay to Lose
_(from The Lone Reader

Marcus Ereid: possibly the only Murray Cup racer to become rich by never winning. Marcus was in his early thirties when the first Murray Cup was held, and already had a reputation with the law enforcement of his home planet, Kampos, as an off-season fish poacher. As he put it in an interview: “I had been watching it [the races] for some time; may have lost more than a few CTRs on the amateur stuff. But when Murray announced an actual prize and started organizing it into something special, and I had to be a part of it.”

Though he always quoted an infatuation with the exhilaration of speed to the press, it was no small secret among in-system regulars that Ereid only competed to fix the races; using his piloting skills learned from years of evading local gameskeepers and law enforcement to quickly rise up in the field before having mysterious ‘engine troubles’ in sight of the finish line.

Connections with organized crime on Kampos, race officials, and even Amon Murray himself have been conjectured, but to this day never proven. Nonetheless, after competing in five Murray Cups, Marcus was wealthier than ever, and only retired to a luxury home on Noble after an overabundance of bad press forced him out of the races for good.

Over the historic years of the Murray Cup, many pilots lost their life savings and unfortunately sometimes even their lives. For those who could endure a few seasons of racing, they quickly learned that to stay in the game you must win or at least be in the running year after year. However, one man still holds the dubious honor of surviving both physically and financially to return every year for 22 years straight yet never stand within the winning circle … that man was Callum Tennerson.

Despite all of his various qualifying events and return trips to the Murray Cup, Tennerson’s best finish was only 9th place in the 2498 race. That was his 16th straight year and by then he had lost all sponsors and was somehow supporting himself through those waning years where he embraced his losing streak, officially changing his racer’s number to the lucky number 13. When unceremoniously asked about his first ever Top 10 finish and how he felt, Tenny simply replied, “Not good enough. I’ll get it next year.”

Many years later, after Tennerson’s passing, the Murray Cup Racing League (MCRL) paid tribute to Tennerson by hanging his named wreath among the winners circle the year he was inducted into the MCRL Hall of Fame. Callum Tennerson may not have wanted to be inducted for that reason, but it coined the now-familiar phrase of “Give it a Tenner Try!”.

Look, everyone knows the racers. Heck, any first-year student can recite the Murray Cup winners in order, backwards, alphabetically by last name, first name, or translation into Xi’An. And everyone knows every twist, every turn, of every major track in every major race. We all know the ships that are contenders, and the companies that make them. Who cares? At the end of the day, all that matters is who has the most points, because they get the cup. Or is it?

What people forget is that tracks come and go. Sometimes it’s a system hosting a new track, sometimes it’s a new rule or safety regulation that forces a change — we all remember what happened when they increased the minimum distance to a certain class of star (politics!). And when it comes time to redesign a track or design a new one, there is only one person that matters: Buggy.

Okay, so that isn’t his real name, but I can’t speak Xi’An, and neither can you. Buggy — I assure you that IS his preferred name — is technically on staff with MISC as an engineering consultant, part of the technology exchange shared with our neighbors, but in reality works for the Murray Cup.

Buggy is THE preeminent track designer in the UEE. He has personally designed one third of the sanctioned tracks, and personally overseen modifications of another twenty percent. Buggy’s impact is underrated at the least, or over-powerful at the worst if you believe the naysayers.

Don’t believe me? Think about this: 63% of all points required to enter the Cup are earned on a track designed or modified Buggy, and among all Murray Cup winners in the last 15 years, 74% got their first win on a track designed exclusively by Buggy. That’s sayin’ something.


Again, this was just a sampling of some of the great work you all contributed. We are compiling many of the entries into a master document and will hopefully be able to incorporate them into the vaults of the MCR Museum located in the city of Aydo on Green (Ellis III). There are potentially four hundred and fifty years of Murray Cup winners, so keep them coming.
Next week we’ll share some of the interesting events that occurred in the Murray Cup and start discussing the sport of the future: SataBall. 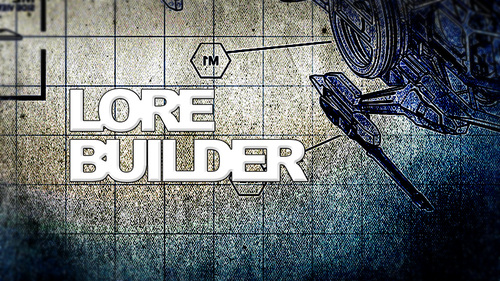