<< ERROR………>>
<< COMM/SEC INTERRUPT //
// UNAUTH SIGNAL >>
< SIGNAL FOUND >
< START TRANSMISSION >
Hey there hijackers, looters, freebooters, and bandits. Jester has infested spectrum yet again to celebrate the profane and honor the infamous. That’s right, you’ve been blessed with another installment of B0otyCall.

First off, a bit of bad news for all you anti-Jester jackholes. Despite all the rumors, I’m still very much alive and thriving, not rotting under an abandoned homestead after being ghosted by some low-level goon I swindled. Shame on any of you who thought I’d do anything as unprofessional as doublecross an association and leave ‘em alive long enough to exact revenge. You don’t fly as long as I have without knowing when and where to drop the dead weight. Just to address all the theories that had been circulating, I also didn’t retire to take up sub-surfing on Tangaroa, or Calliope myself a new identity so I could enter the next Murray Cup. Actually appreciate the thought put into those last two. The rest of the rumors spread about me while away are too mind-numbingly dumb or ridiculous to repeat here.

All these asinine rumors only exist because I know how to lay low and enjoy a little sabbatical. Why the hell do you think I work so hard? I’m not some work-obsessed psycho living solely for the rush. I work so I can play. Though I admit, the jobs are pretty damn fun too most of the time. It’s why I can only take so much sun before I get the itch for action again. Now it’s only a matter of figuring out where to focus my attention. So, if you’re like me, and looking for a good spot for your next score, here’s what I’ve been hearing.

Horus has become a hotbed of activity after Imperator Addison said she’d like to see Horus II terraformed. Right now the project is like most of Addison’s ideas, a pipe dream that’ll probably never come true, but just the idea of making that sandy wasteland habitable has miners flocking there to rip out resources before terraforming lasers have a go. That means there’s plenty of ships entering the system with cargo holds full of supplies and leaving loaded with resources. And from what I’m hearing, many of those eager little land looters aren’t even bothering with security transports, making their ships ripe for raiding.

Could also cruise over to Castra for a bit of mischief. Word is the navy recently reduced its footprint in-system by sending a fleet stationed there to reinforce the frontline against the Vanduul. I usually don’t work the system because of the entrenched military presence but I’ve heard from multiple ultimo goons that the current action is easier than ever. They actually asked me to spread the word so more would come join the fun. If the system’s current security detail can’t adequately police the action, then imagine how easy it’ll be if more lawbreakers are around to chase.

Speaking of systems with failed security, how about Stanton? I mean, I knew the getting was good there, but I’m beginning to think it’s become a pirate paradise. With four mega-corps all botching it up in their own special way, it all but guarantees that credits and cargo will be freely flowing through the system. And those greedy corporate overlords would always rather pump more money into their bottom line than into security. Why pay for professionals when you can outsource the gig? It’s cheaper for them and better for us – I’d rather run into some ambitious kid looking to earn a little rep over a seasoned security team any day. But the true beauty of Stanton’s security situation is that it’s a weak link system. Only one of these mega-corps needs to stop caring about crime or not have the resources to deal with it for us to have a comfortable home in-system, like Grim HEX. In hot water with Crusader? Mosey over to ArcCorp for a bit. Feeling is that unless it happens in their backyard, these corps couldn’t give an alprat’s ass about trying to chase you down.

Sure, some of you get all twisted and worried that if there’s too much action in Stanton the UEE will plan some big crackdown. Kinda funny you think the UEE has any control over the situation. Pretty clear there’s not enough Advos to go around, and with the navy focused on the Vanduul, it all falls to the corporations. And a few years ago the Senate literally dragged Crusader’s CEO before an open committee, shamed her for their security, and got her to commit more resources towards it. And what’s happened since then? Sure, Jumptown got shut down, but that’s about it. If anything it’s gotten better for us miscreants; so much so that a Pyro gang had the gall to invade the system. The XenoThreat attack exposed the soft underbelly of Stanton’s security and the rest of us would be foolish not to take advantage of the situation.

Look, I’m not buying into whatever nonsense XenoThreat’s been slinging, but I gotta respect their audacity. They literally showed up and dared someone to stop them. Hell, they might still be running amok if all those corpo kissasses and wanna-be Advos didn’t help the authorities fight ‘em off. You know your system’s security is in trouble when you have to rely on some unvetted rando scarfing down a Torpedo Burrito to speed to your defense. That’s what we’re up against in Stanton, a system owned by mega-corps that couldn’t care less about you. I say raid and rob to your heart’s content. Not sure if there’s another system out there that deserves our attention more than Stanton.

Gonna have to cut it there to make this jump. Where am I going for a little action? Hell if I’m telling you, but let’s just say there’s something big coming my way. These truly are boon times for those of us on the fun side of the law, and I say let chaos reign. 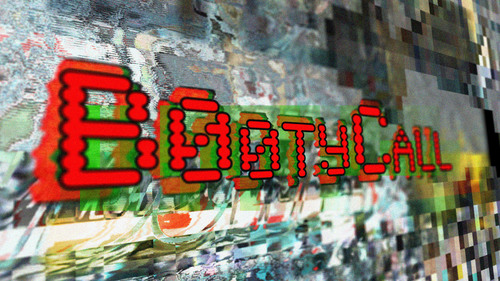