Star Citizen Alpha 3.14 is rapidly approaching, with many of the PU teams pushing throughout July to implement content and polish features for release. However, significant progress was also made on tasks for Alpha 3.15 and beyond, so read on for all the exciting details!

A new yet-to-be-announced vehicle (that the team is excited to share) moved from whitebox to greybox, while the Sabre’s cockpit and lighting were wrapped up.
For the Retaliator, the first round of interior gold-standard work is coming to a close, with the interior spaces corrected for metrics and AI navigation. New ship item compartments were added and the cockpit received a pass too

Another unannounced ship is deep into the greybox phase:
“With some issues with its exterior mechanisms now resolved, it’s moving through the pipeline well. There are a number of artists working together on this one and each area of the ship’s interior is coming along nicely.” -The Ship Team
Finally, work began on a new fuel arm for the MISC Starfarer to support the refueling feature work coming soon.
Art (Weapons)
The Weapon Content team had another busy month, completing the two Size 7 Behring weapons for the Crusader Ares before closing out bugs for Alpha 3.14.
Work also kicked off for a new Size 3 bomb for the A2 Starlifter and a variant of the mounted weapon turret for an upcoming ship.
Audio
The Audio team began July working on Grim HEX’s medical center, which received effects and music passes to help compound the run-down aesthetic. They also added effects to the A2 Starlifter, including the onboard kitchen. The Dialogue team recorded VO and are currently preparing it to go in-game.
The Technical Sound Design team made improvements to dogfighting and ship weapons. When live, players will hear weapons from a greater distance and the battles themselves will sound more intense, which will be most notable in Arena Commander. They also fixed bugs for Orison.
Work on the Orison score continued with composer Pedro Camacho. Having had great results from the planetary and industrial platform pieces, they’re looking to complete the location with a final piece for the spaceport. The spaceport also received ambiances, as did the wind sculpture. Audio also created sound for the RSI Constellation Taurus trailer.
Community
The Community team began July with the finale of the Show Us Your Colors Celebration, putting together a selection of the best submissions into a gallery. 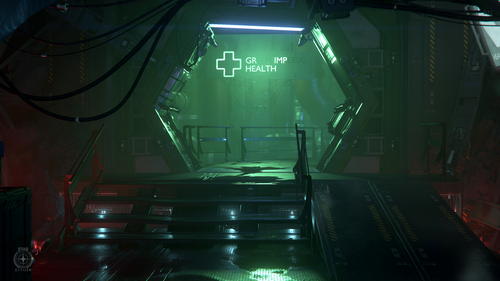 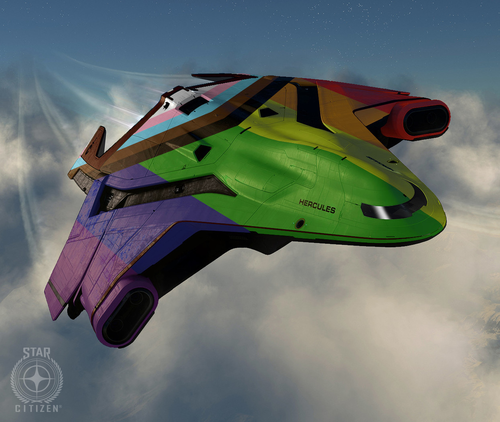