It is possible that some servers may stop updating their mission offerings. If the issue persists, try leaving the server, waiting a few minutes and rejoining the PU, or change region.

Switching capacitor charge can cause desync in capacitor rate and capacity

Many mineable asteroids can’t be scanned

Ships sometimes wont appear in the VMA app unless the player spawns the ship first then spawns a different ship after, only then the ship will appear in VMA

Hammerhead doors to turrets may not open for players if they leave the seat during QT, trapping them inside

Updates to the Derelict Spaceship missions to include more points of interest that will be scattered on planets. These derelict spaceships can now include newly added activities such as puzzles, tripmines, traversal problems, and hostile AI encounters and may reward players handsomely when for resolving the activity. These new derelicts will include the 1st implementation of laser trip mines into the game which players will encounter. This trip mines are explosives that use a beam of light that will detonate the explosive when someone or something comes into contact with the beam.

Character’s head, mobiGlas, and other equipment should no longer go missing after being released from Klescher

Turrets should now properly attempt to shoot down torpedoes and bombs

Fixed an issue causing the synced assassination missions to not complete

Freelancer Variant loadouts should now be able to be modified 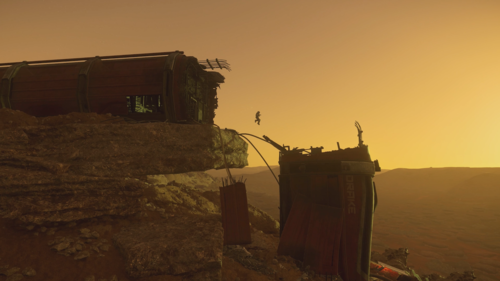