Database Reset: YES
Long Term Persistence: Enabled (General changes to what isn’t stored in LTP is ongoing. Certain items such as merits, consumables, and ammunition may be removed in this release and into 3.14)
Starting aUEC: 20,000

Cursor may remain visible, and isn’t constrained to the game window

A maximum of 50 contacts show in-game, regardless of how many friends are present on Spectrum

Oxygen is depleted while sitting in ship

On landing pads, trolleys are unable to be pushed / pulled up the entryway / cargo ramp, or elevator ramps.

Constellation can despawn when flying 30km away after undocking

Docking with a moving ship lags behind, causing a large snap into the docked position

Trolleys found in Area18 hangars are clipping through the floor, removing functionality

Adding the ability for players to dock large ships to docking ports at space stations. Including various related work such as having ATC assign you docking ports when appropriate, new docking connectors, and new lobbies in space stations for large ships to connect to. This initial implementation will give docking access to the 890 Jump and Hammerhead. Players can ASOP spawn or hail the station like before and be assigned a docking port instead of a hangar with these ships. While docking, hailing the station will assign a docking port and bring up the docking interface for players to align their ship’s docking port to the docking collar either manually or using the auto-land system by holding N (default).

Changed the armistice violation to give no grace warning and be able to generate multiple infractions in a short time if violations are persistent. Increased the duration armistice violation and aggravated vehicle damage remain on the player’s criminal record.

Fixed an issue causing improper and inconsistent collision between ground cover such as small vegetation having collision / large rocks having no collision, and vehicles

Landing gear should now animate correctly on all Freelancer variants

Wallace Klim should no longer spawn away from his table, facing the wrong way and floating

The Hammerhead elevator should no longer collide with the landing bay at Port Olisar, causing the ship to move

Fixed an issue causing mineables to not spawn on Arial

The Anvil Hawk wingtips should no longer be missing SDF shields 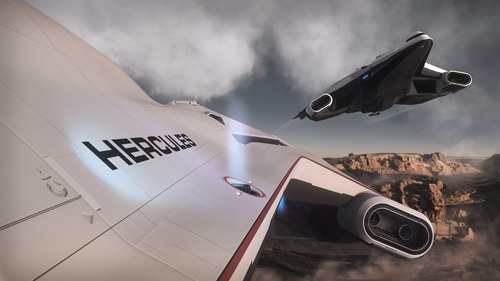