Today is a dark day. In the pursuit of human advancement, the history books tend to favor the brave men and women who succeed. The Wright Brothers, the John Glenns, the Edwin Pierces distinguished themselves because they were the ones that did it, that made it through. But around the monolith of every achievement are the bodies of those that tried and failed. Today is a dark day and today we’re going to celebrate the brave men and women who laid down their lives in the tragedy that struck Mars at 04:38 EST this morning.

While the public waits for an official statement regarding what happened, our sources have indicated that a chemical miscalculation in the planetary atmospheric processors made the new atmosphere unstable. “[The atmosphere] didn’t stick,” said a government official who asked not to be named. The planet was in the final stages of terraforming. An oxygen-sustaining environment had been in place for the past two weeks. The scientific community on the planet were still vetting the system but were two days away from officially declaring the planet secure.

This confidence in the atmosphere meant that none of the crew were wearing the appropriate breathing apparatus. While technically a violation of operating protocol, we are told that there was no indication for the ground crew to assume that the atmosphere was anything but stable. Whatever was ultimately responsible happened so fast that no one was able to sound an alarm or seal the ventilations of the various installations around the planet.

The tragedy will no doubt rekindle the long-standing arguments about the merits of terraforming. In the President’s blog-statement this morning, she addressed the possibility of an International committee to investigate how to move forward from this. “While I understand that the notion of terraforming stirs emotions both for and against, the four thousand eight hundred and seventy-six souls died working to push humanity forward, we need to make sure that whatever decision we come to, we move forward honoring the sacrifice made by the heroes of Mars.” 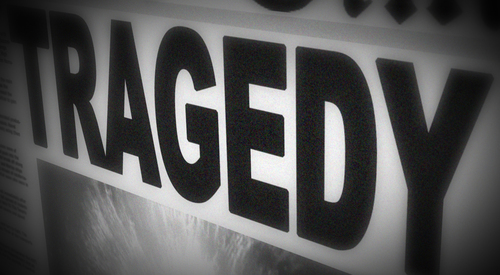