We’ve had a lot of questions lately about Star Citizen’s character options — how much customization will there be, what kinds of clothing and accessories can they use and so on. We’ve been focusing on revealing ships, planets and systems lately, but work has continued on characters.Early in the campaign you saw the look for the UEE pilots and deck crews that will be appearing in Squadron 42… and now it’s time to start determining what humans will look like outside the military! Today we’d like to share some new “Bounty Hunter” concept art.

This is artwork and not an in-engine render, but it shows you the direction we’re going for for player characters (and NPCs!) You can get an idea of the kinds of facial customization we’d like to allow, plus a sample of the sorts of armor, headgear and weapons you will be using. More than that, though, this piece shows off the look and the feel we want to get into the universe’s grittier corners, evolving realistic military gear to a logical 30th century version! 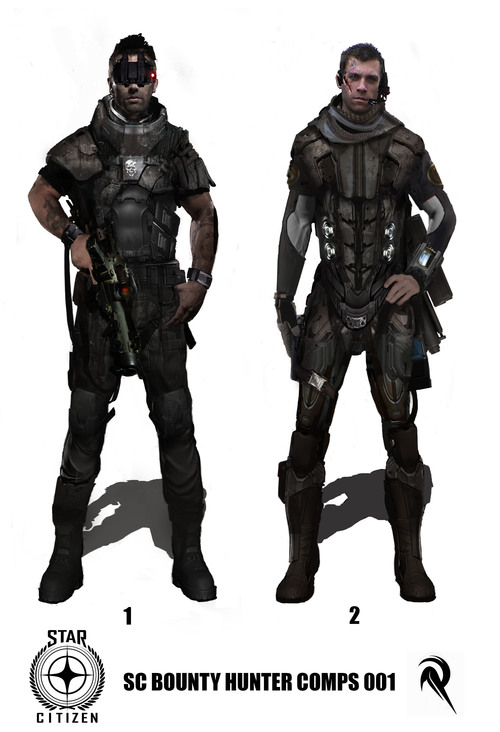