Soft drinks, high end kitchen equipment, children’s toys? Sakura Sun. Rover platforms, terraforming solutions, bioengineered livestock? Sakura Sun. High-tech wave cannons, starship powerplants, antimatter ordinance? Sakura Sun! While corporate conglomerates are not uncommon, it’s rare for any company to advertise them all under the same banner. But at Sakura Sun, empire-building is in full effect: you’ll find a little bit of everything branded with a distinctive purple sun-and-cherry-blossom logo, from plastic Hi-Ho Flatcat figurines to top-of-the-line multi-particle/wave cannons. Stranger still, Sakura Sun has successfully gained a reputation as a company that not only does a little bit of everything, but does it well.

Sakura Sun’s excessive branding is only the first step in a carefully cultivated corporate image, ostensibly designed to mimic the Japanese megacorporations of bygone centuries. The outrageously colorful logo artwork, the unified outward product design and the public talk about a corporate culture of hard work and executive respect is always present at Sakura Sun’s corporate headquarters in Tokyo, Earth, Sol.

A modest seventy-story skyscraper, each floor houses a distinct product group that functions independently from those above and below it. The modular design allows product groups to be transformed or eliminated quickly. However, when the building was first set up, the company spared no expense in having top artists paint murals reflecting each current product line … leading to no small number of confused visitors who find themselves looking down the gun barrels of the Hornet equipped with a Sakura Sun-designed turret painted at the entrance to what is now the candied fruits distribution office.

While the history behind Sakura Sun’s distinctive frozen dinners or their beloved line of children’s characters would fill a book, the specific portions of their extensive lineup that most appeal to spacecraft owners are the two dedicated to private starcraft modules.

For a decade and a half, company scientists painstakingly worked alongside Xi’An researchers to develop alien tech compatible with Human systems. The research effort took a team of thousands and the overall cost approached a trillion credits … but at the end of the process, Sakura Sun had developed an incredibly effective weapon type that could not be reproduced (legally or technically) by other Human companies: the multi-particle/wave cannon.

The MP/WC is a fascinating piece of technology. In effect, the gun is a series of multiple miniaturized particle accelerators that fire sequentially. This results in a stream of bosons projected towards a target. The bosons occupy the same quantum state as a wave while in flight and then collapse into discrete particles with unique states upon impact. The result is massive damage to both shields and standard armor types. What’s more, the weapon is fast: the multi-particle/wave cannon is the only energy gun capable of attaining the retire rate of a Gatling gun.

Sakura Sun was quick to bring the results of their research to market. Opting to pursue the civilian populace instead of licensing the technology to the military, an extensive lineup of twenty-five guns was put into production. The MP/WC line has five distinct types, which define overall size. In order, they are the Breezefire (Size 1), Windfire (Size 2), Stormfire (Size 3), Galefire (Size 4) and the enormous Torrentfire (Size 5.) Each MP/WC size has five production models, that range in quality and price from basic to extreme luxury class. EX, DX, X and XT are the standard range, plus a fifth model that is produced in extremely limited numbers and given a “2×01” numerical designation (Breezefire 2101, Windfire 2201 and the like). These are extremely prized, and even older models sell for a significant amount on the secondary market.

If there were one downside to the MP/WC technology, it’s that it is so advanced. Even though Sakura Sun produces a sturdy product, if it were to malfunction, self-repair is impossible in many cases. Some have speculated that this is why the weapon was not offered to the military, which typically needs a durable and easily field-repaired gun.

Power Plants
In addition to their headline-grabbing (and profit-securing) gun lineup, Sakura Sun has recently added a new line of extremely respected power plants, with the initial Light Blossom systems being offered for the 2943 financial year. It seems that by focusing on more than just offensive devices, Sakura Sun hoped that their sales could flourish in or out of conflict.

The Light Blossom is a Helium-6 sonoluminescent bubble power plant optimized for civilian use with an emphasis on low emission stealth roles. Designed to compete with Lightning Power’s Powerbolt, the press release for the first units described the reactor as a “shadow in space.” It goes on to say that the design intent was to create a high output generator that would still work to limit your energy signature.

Nine Light Blossom models are currently in production in three sizes. The range runs from the low-cost size 3 Light Blossom 6HE7A to the top-of-the-line 6HE9X. It is known that Sakura Sun’s engineers are focusing on an even more efficient Helium-7 system and that they are likely to reveal this technology in the near future. Helium-7 would theoretically allow an even greater output-to-signature-block ratio. 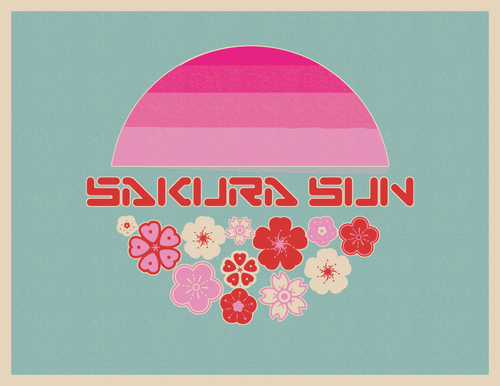